Nicholas Fondacaro
December 15th, 2019 3:46 PM
In one of the only instances of former FBI Director James Comey being held to some form of account for his overseeing of the bureau’s misconduct during the Russia investigation, Fox News Channel anchor Chris Wallace grilled Comey on what he knew about lies his people were telling the FISA court, his false statements to the public, and whether or not he would resign if he was still the head of the… 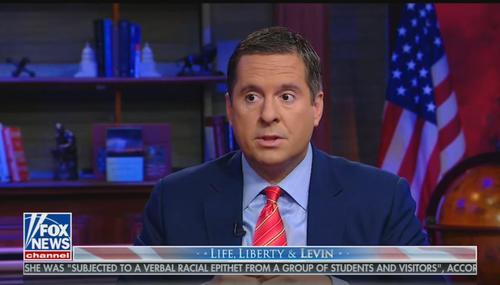 Brent Bozell and Tim Graham
December 14th, 2019 7:59 AM
A few weeks back on Life, Liberty & Levin, Rep. Devin Nunes boasted about his memo on FISA abuse: “And what we really find out now? Everything that we said at that time was 100 percent accurate. Everything that the Democrats and the media said at the time: 100 percent inaccurate.” The IG report backs up the Nunes version of events, and confirms the Adam Schiff/media rebuttal is mostly false. 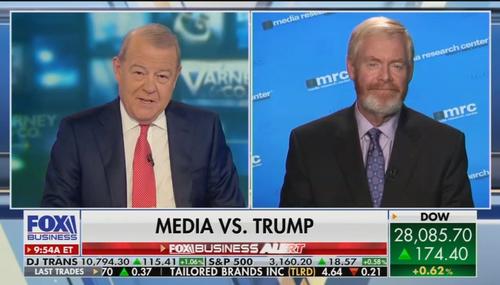 NB Staff
December 12th, 2019 11:32 AM
Media Research Center President Brent Bozell on Thursday mocked media sadness that impeachment isn’t going exactly as planned. Appearing on Varney and Co., he reminded Fox Business host Stuart Varney that Chris Matthews blamed Fox News, adding, “[Matthews’s] thinking was 'Fox News is giving this other side of the story and the American people, half of America, is listening to this other side of… 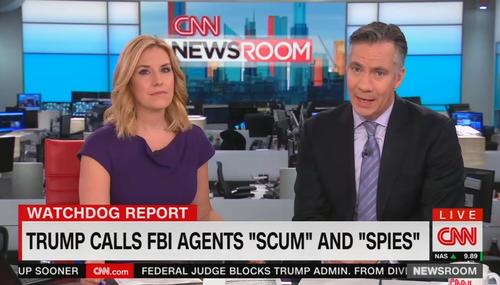 Alex Christy
December 12th, 2019 10:12 AM
CNN Newsroom co-hosts Jim Sciutto and Poppy Harlow like to think of themselves as being on the front lines in President Trump's war against the truth. Trump's Tuesday rally in Pennsylvania in the aftermath of Justice Department Inspector General Michael Horowitz's report on the FBI's handling of Crossfire Hurricane provided the duo another chance to put on their fact-checking hats for their…

Tim Graham
December 12th, 2019 8:52 AM
Two weeks ago, we reported that looking at one day of The Washington Post's main Twitter page during an impeachment-hearing day in the House underlined the Post's impeachment obsession: Seventy of their 183 tweets and retweets (38 percent) were focused on impeachment. They promoted ten video tweets from the House attempt to remove Trump. But in the 24 hours of December 11, the IG hearing drew… 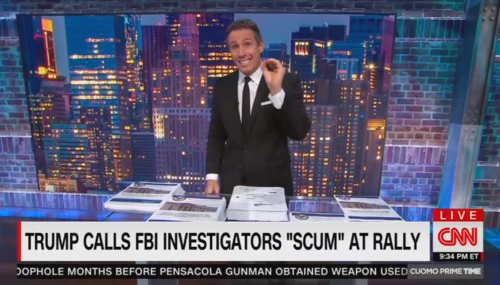 Nicholas Fondacaro
December 11th, 2019 11:46 PM
The network that catapulted “gaslighting” into our vernacular has been blowing a lot of hot air since the release of the DOJ inspector general report on the origins of the Russia investigation on Tuesday. Immediately following its release, the public understood that the FBI had lied to the FISA court to get surveillance warrants to spy on Trump campaign aides. Despite those facts, CNN’s Chris “… 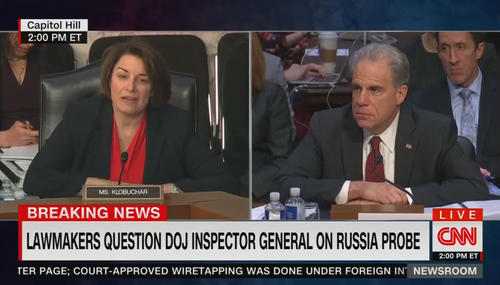 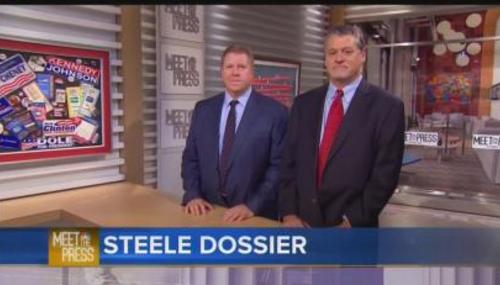 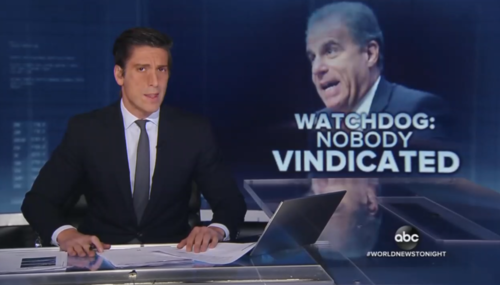 Nicholas Fondacaro
December 11th, 2019 8:47 PM
Senate Republicans grilled Department of Justice Inspector General Michael Horowitz, Wednesday, on how his probe could determine there was no political bias at the FBI against then-candidate Trump, when he couldn’t uncover a reasonable explanation for their “gross abuse” of the system, as Attorney General William Barr put it. Well, ABC World News Tonight anchor David Muir continued to carry water… 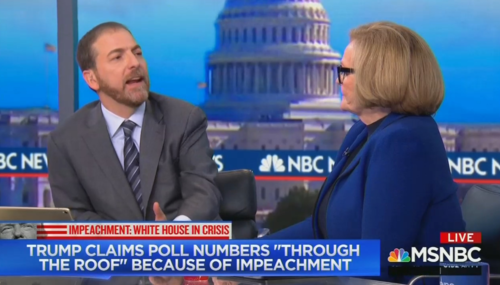 Kyle Drennen
December 11th, 2019 5:21 PM
Anchoring special MSNBC coverage of Wednesday’s Senate hearing with Justice Department Inspector General Michael Horowitz, Meet the Press moderator Chuck Todd worried that “Republicans are playing to win” when it comes to the impeachment of President Trump while Democrats were “trying to play by the rules.” 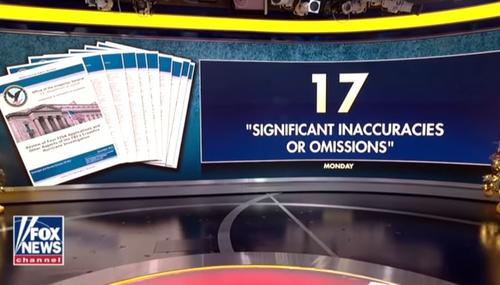 Clay Waters
December 10th, 2019 7:57 PM
Move along, nothing to see here but right-wing conspiracy-mongering. That was the New York Times’ message covering the Inspector General report on how the F.B.I. came to investigate ties between Russia and the Trump campaign. Though the report was highly critical of the F.B.I., reporter Mark Mazzetti’s lead “news analysis” on Tuesday appeared under the banner headline “Report Debunks Anti-Trump… 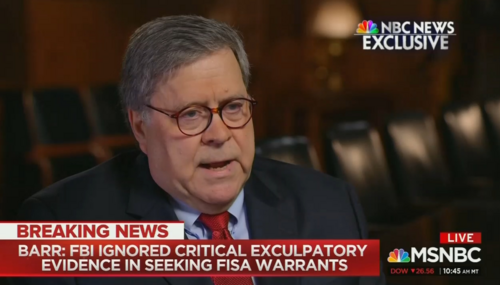