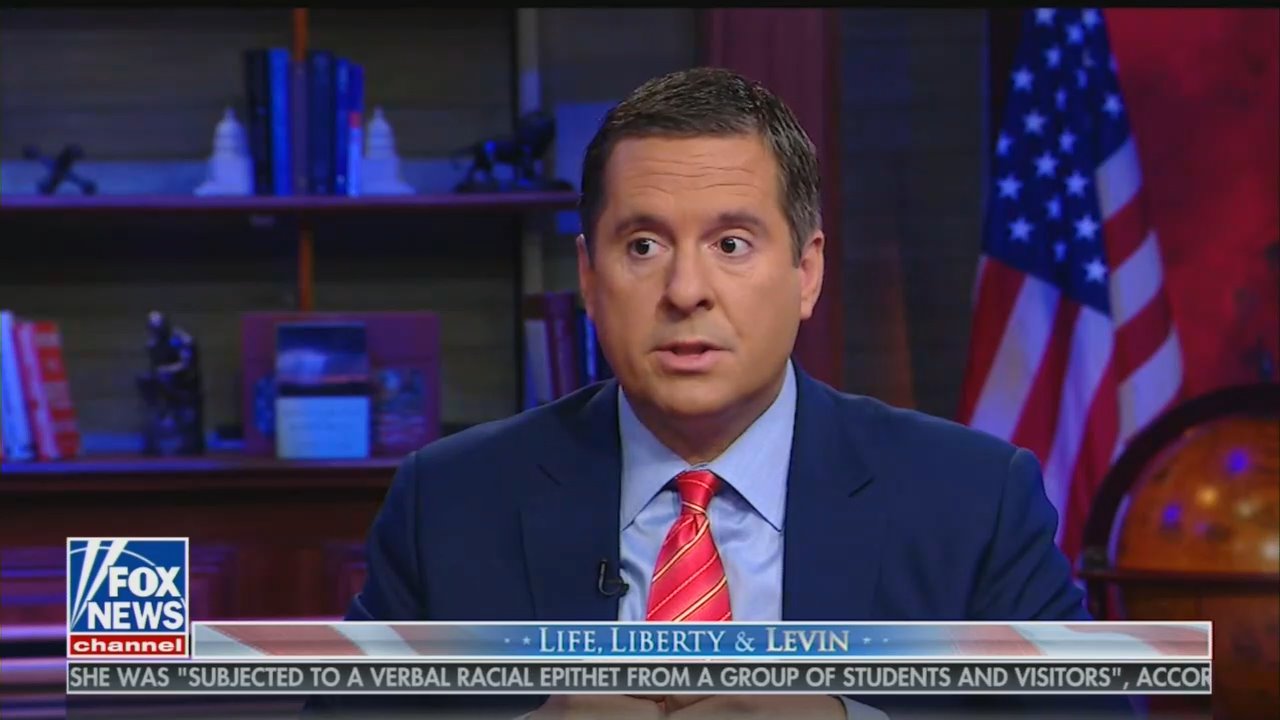 A few weeks ago, Congressman Devin Nunes appeared on Mark Levin’s Fox News show Life, Liberty, & Levin. Near the end, he talked about how he and his staff put out a memo in early 2018 “to expose the counter-intelligence malfeasance that was occurring in the FBI” in the search for Russian "collusion" with Trump. The media did all kinds of stories about how the Republicans were concocting “conspiracy theories” and destroying the nation’s law-enforcement agencies.

At the time, we found that the networks spent 17 minutes complaining about the release of this memo, and only about five minutes explaining what was in it!

As Mollie Hemingway noted at The Federalist website, the report by Michael Horowitz, inspector general at the Justice Department, established that the Nunes memo was accurate, and the Adam Schiff response was not. While fired FBI director Jim Comey proclaimed he was vindicated, Horowitz testified "the activities we found here don’t vindicate anybody who touched this.”

Let’s review some of the Nunes findings that Horowitz found to be true.

1. Ex-British spy Christopher Steele’s sleazy and unsubstantiated dossier of dirt on Trump formed an “essential” part of an application to the Foreign Intelligence Surveillance Act (FISA) court to secure a right to spy on Trump campaign adviser Carter Page. The application did NOT explain the dossier was funded by the Hillary Clinton campaign and the DNC.

2. The application cited extensively a 2016 Yahoo News article by Michael Isikoff. The story did not corroborate the dossier -- since it was Steele himself that was Isikoff’s source! The FBI wrongly claimed Steele was not a source for the story.

3. Nellie Ohr, the wife of high-ranking Justice Department official Bruce Ohr, also worked on behalf of the Clinton campaign effort for the firm Fusion GPS. Her husband funneled his wife's research to the FBI. Mr. Ohr admitted that Steele “was desperate that Donald Trump not get elected and was passionate about him not being president,” but this and the Ohrs’ relationship with the Clinton campaign were concealed from the FISA court.

4. The dossier was “only minimally corroborated” and unverified, according to FBI officials.

These deeply dishonest FISA applications were submitted by Comey and by his deputy Andrew McCabe.

Schiff's then-minority side of on the committee put out a response memo to Nunes with competing claims. Each of these Horowitz found to be false:

1. Obama’s Justice Department “made only narrow use of information from Steele’s sources about Page’s specific activities in 2016.”

5. The DOJ "repeatedly informed the Court about Steele’s background, credibility, and potential bias.”(In fact, they never used his name.)

7.  Steele’s prior reporting was used in “criminal proceedings.”

Despite his carefully non-committal demeanor, Horowitz's facts lined up with Nunes, but the media sided with Schiff. Russiagate fanatic Rachel Maddow called it “a sad trombone for Trump.” Two leftist Washington Post writers wrote an article headlined “It’s a joke and a sham.”

But the fake media can't believe anyone would doubt that everything they say is the gospel truth.