CNN Carried Only 33% of Horowitz Hearing, But Had 99% of Impeachment Hearing 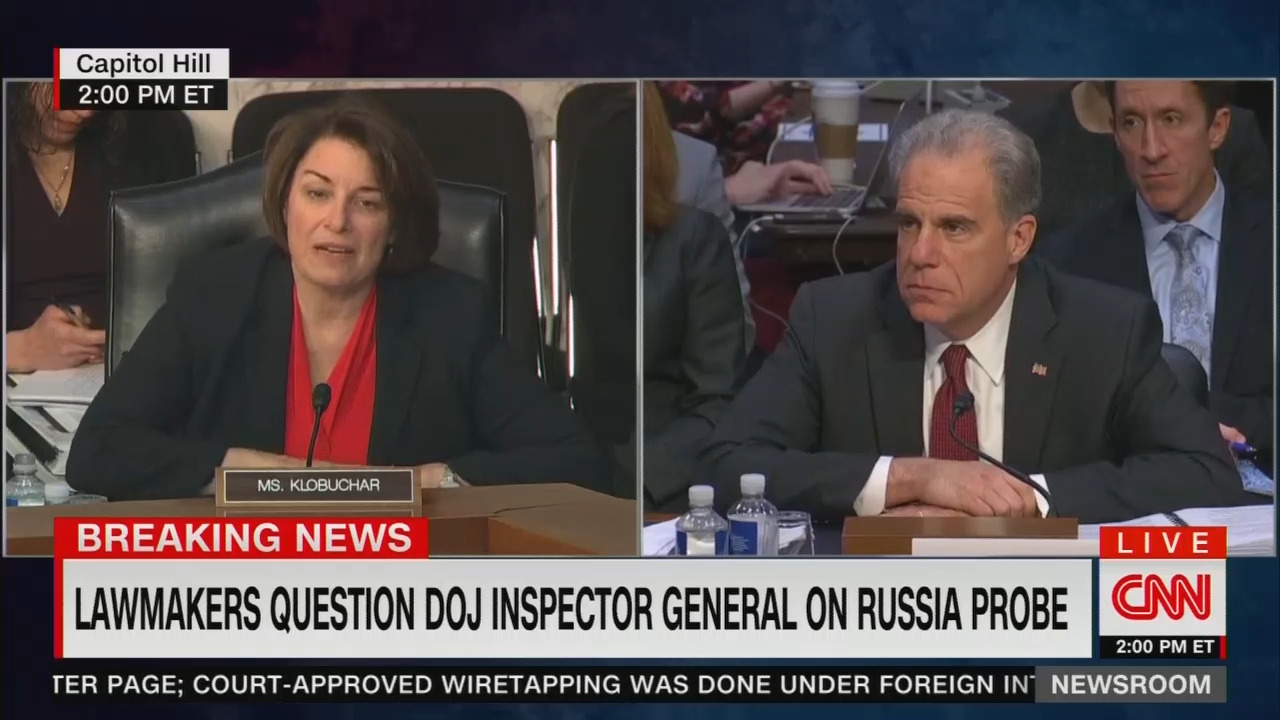 On Wednesday night, NewsBusters examined the live coverage from the top three cable news networks (CNN, Fox News Channel, and MSNBC) devoted to the Senate Judiciary Committee hearing featuring Department of Justice Inspector General Michael Horowitz on his report on the Russia probe and, most notably, far-left, pro-impeachment CNN only covered live 33.4 percent of the hearing.

But when it came time for Wednesday’s impeachment hearing, CNN reminded us why they need a lesson on idiolatry and find things to care about besides hating Trump. All told, they carried 99.9 percent of the primetime House Judiciary Committee hearing on Articles of Impeachment, which amounted to all but nine seconds.

In contrast on the Horowitz hearing, MSNBC stepped up to the plate and carried 89 percent of it live while FNC was just behind at 88.7 percent. For CNN, perhaps it stemmed from the fact that it didn’t feature their favorite Democrats like Congressman Adam Schiff (CA).

Using C-SPAN’s gavel-to-gavel coverage, the hearing lasted roughly 320 minutes and 37 seconds, but the Jeffrey Zucker-led CNN dipped in for only 106 minutes and 56 seconds.

Inside Politics and CNN Right Now filled their airtime with their predictably pro-FBI and anti-Trump spin until rediscovering the hearing at 1:48 p.m. Eastern.

CNN then refused to return live to the hearing until Senator Kamala Harris (D-CA) took her turn. Once Harris’s time expired, Baldwin left the hearing for a final time and CNN never returned (despite there being 38 minutes left).

As alluded to above, FNC and MSNBC took this hearing seriously. In the case of MSNBC, it must have been painful for them to do something so noble.

MSNBC started seconds after Graham began speaking and stayed until part way through his opening statement. The Beat’s Ari Melber interjected to react with a panel of fellow lefties for about 20 minutes before turning it back over to the hearing. 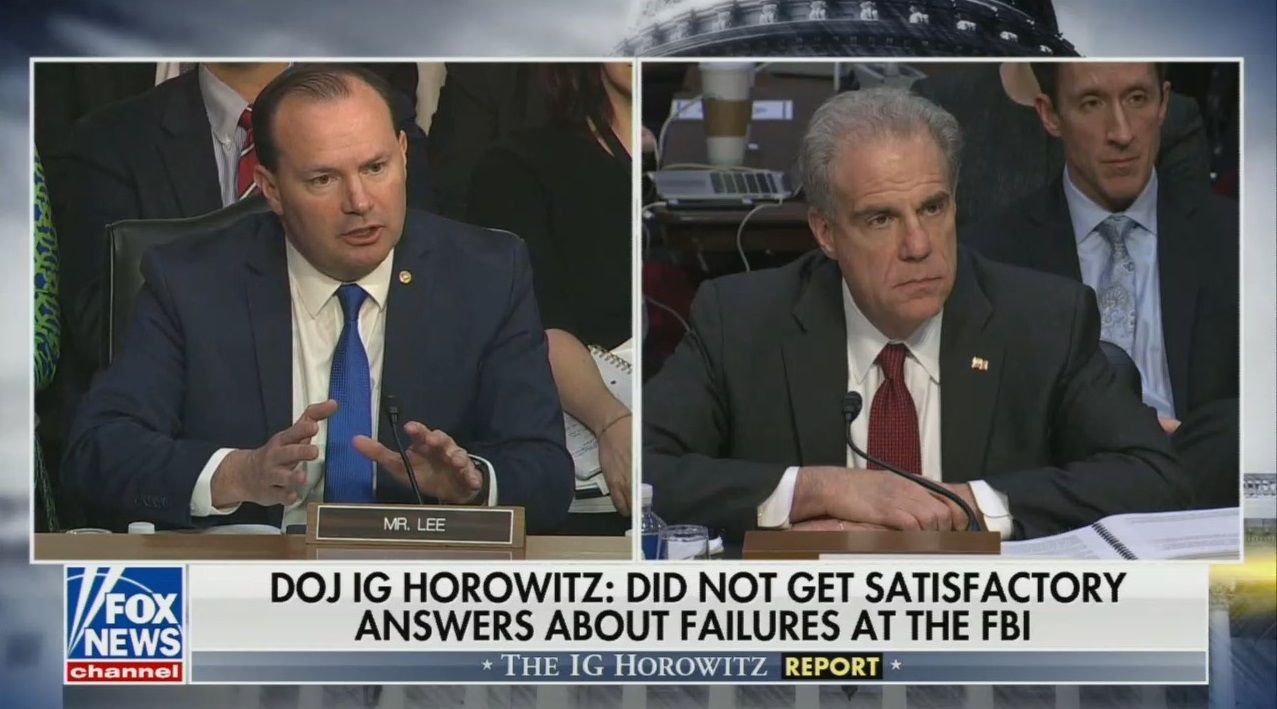 From that point on, MSNBC carried the rest of the hearing until 4:00 p.m. Eastern when TDS sufferer Nicolle Wallace couldn’t take it anymore and began her show Deadline: White House.

FNC carried all but a few seconds of the morning session and the afternoon session until 2:18 p.m. Eastern when The Daily Briefing host Dana Perino took viewers to a press conference with law enforcement officials in Jersey City, New Jersey concerning Tuesday’s deadly shooting at kosher grocery store.

Perino brought in a panel for reaction to the latest developments there and returned to the hearing at 2:44 p.m. Eastern.

Following that break, FNC stuck with Horowitz’s testimony and questioning from Senators of both parties until its conclusion just after 4:15 p.m. Eastern.

Methodology: To calculate the percentages, NewsBusters used C-SPAN’s gavel-to-gavel coverage (here and here), beginning when Graham started speaking to when he stopped speaking after announcing a pause for lunch. For the afternoon session, our count resumed when Graham started speaking just after 1:04 p.m. Eastern until Graham announced its conclusion around 4:15 p.m. Eastern.  For the House Judiciary Committee debate, NewsBusters again relied on C-SPAN’s recording, starting with Chairman Jerry Nadler (D-NY) gaveling in the proceedings and ending when he gaveled it a close.