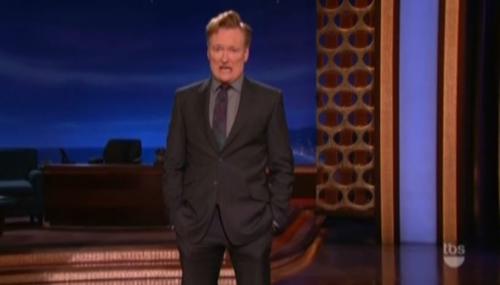 Scott Whitlock
July 1st, 2015 12:34 PM
Perhaps Conan O'Brien and his writers should be a little less sloppy. On Monday, the comedian mocked Jeb Bush for his recent attack on the Confederate flag, describing it as a new opinion. Except, it isn't at all. 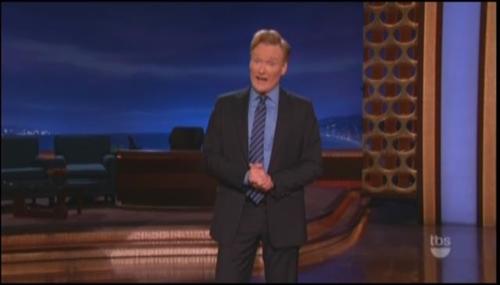 Connor Williams
June 10th, 2015 10:32 AM
Carrying on the media’s continued effort to poke at Christians, Conan O’Brien cracked a joke, suggesting that evangelicals’ supposed intolerance of gay people may be coming to an end:  “Across the country, some evangelical groups are starting to take a second look at the Bible’s stance on gay people. Yeah, they're taking a second look at it. They're noting that if you count Joseph and God,  Jesus… 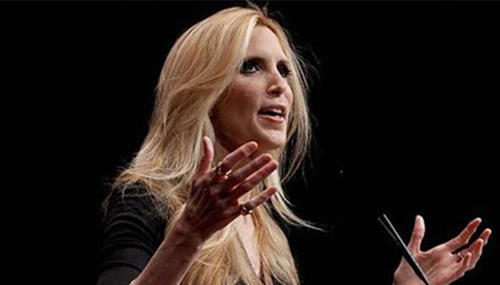 Kristine Marsh
June 9th, 2015 9:43 AM
On Monday night’s Conan, the host used the hype over Bruce Jenner to make a mean joke at conservative pundit Ann Coulter’s expense. Sidekick Andy Richter asked Conan to drink “truth serum” and then answer a list of random questions. After a weak jab at conservatives, the comedians made a pointed comment at Coulter. 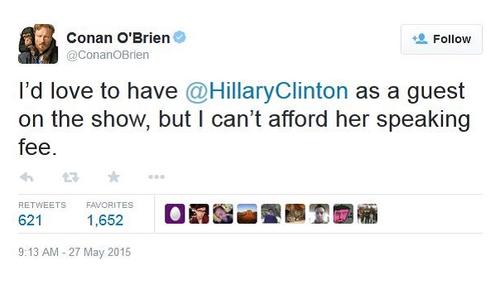 Matthew Balan
May 27th, 2015 3:39 PM
TBS host Conan O'Brien took a new comedic shot at Hillary Clinton in a Wednesday post on Twitter – specifically, six-figure speaking fees that the former first lady charges; and, along with her husband's speaking engagements, has netted the couple $30 million in 16 months. O'Brien wrote, "I'd love to have @HillaryClinton as a guest on the show, but I can't afford her speaking fee." 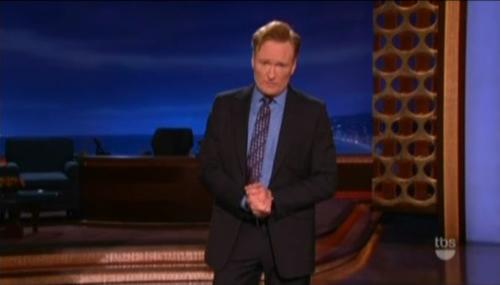 Jeffrey Meyer
May 5th, 2015 11:56 AM
On Monday, neurosurgeon and Tea Party favorite Ben Carson officially threw his hat into the 2016 presidential race and after his announcement, Conan O’Brien mercilessly attacked his conservative ideology on his late night TBS program. Conan smeared Carson as “an African American and also a member of the Tea Party. Yeah. Making him the only African American who wants to go back to the way things… 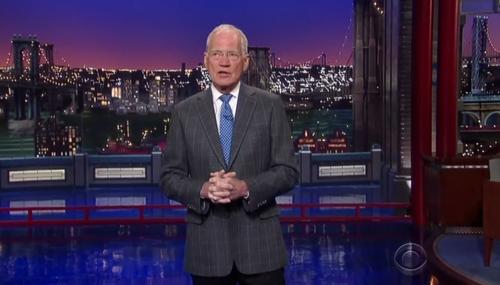 Scott Whitlock
March 24th, 2015 11:41 AM
In a preview of the 2016 campaign, all five late night comics on Monday night mocked Ted Cruz, hitting the Republican as anti-immigrant, regressive and stupid. CBS host David Letterman didn't bother with a joke. Instead, he lectured, "Here's what I find interesting about Ted Cruz, he was born in Canada. His father fled to the United States from Cuba. Yet, Ted Cruz is against immigration. Isn't… 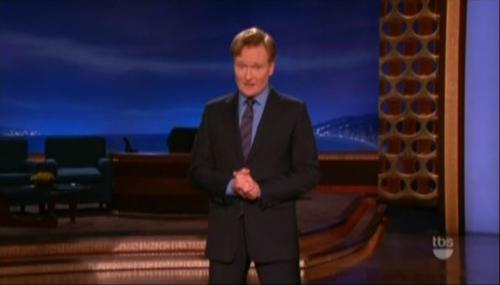 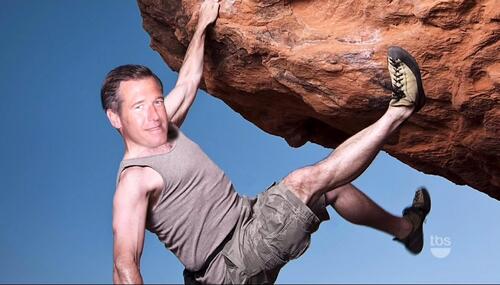 Matthew Balan
February 6th, 2015 11:12 AM
Conan O'Brien poked fun of NBC's Brian Williams on the late Thursday/early Friday edition of his TBS program over his false Iraq War claim. O'Brien played a montage of the anchor's own footage from NBC Nightly News, but edited it to insert the journalist into news events from recent years – including having Williams fly the "Miracle on the Hudson" plane landing in 2009 and make the first ascent… 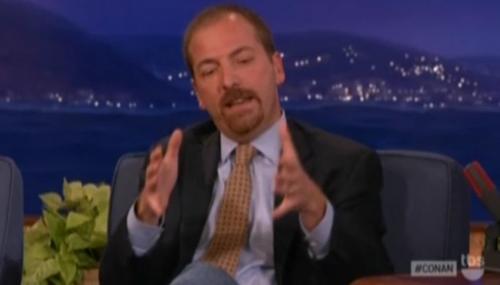 Kyle Drennen
November 14th, 2014 1:06 PM
Appearing on TBS's Conan Thursday night, NBC's Meet the Press moderator Chuck Todd downplayed the big Republican wave in the midterm election: "...they didn't win because people said, 'We want to hire the Republicans.' Essentially this was an election of 'Well, alright, we're firing the Democrats'....I think the leadership knows that they have to prove that they can govern, that they're just not… 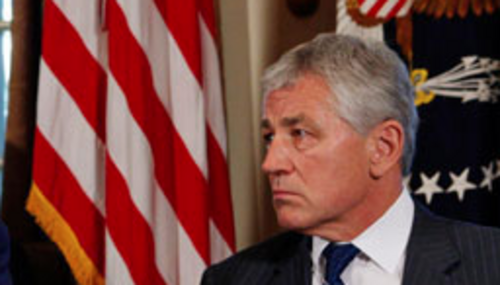 Geoffrey Dickens
June 3rd, 2014 3:44 PM
On Monday night's Conan the host gave hope to aspiring comedians everywhere when he dug up one of his early performances. Check out the video below to see a young and awkward (actually he still is awkward) Conan O'Brien try to act in an old '80s training video where he plays an agitated customer looking to buy a new guitar.  Ahh humble beginnings. (Video after the jump) 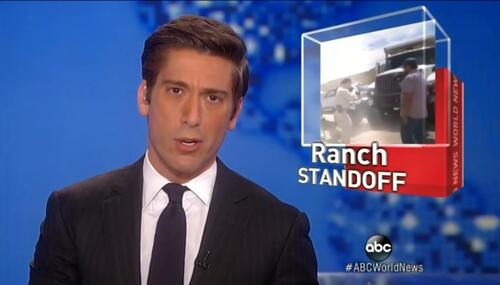 Matthew Balan
April 17th, 2014 12:39 PM
Conan O'Brien apparently couldn't resist making a pedophile priest joke on his TBS program on Wednesday, after Pope Francis took two school boys on a ride around St. Peter's Square during his weekly audience: "The Pope let two 11-year-old boys ride in the Popemobile with him...Afterwards, the Vatican told the Pope, that's not the kind of publicity we're looking for today. What the hell is that… 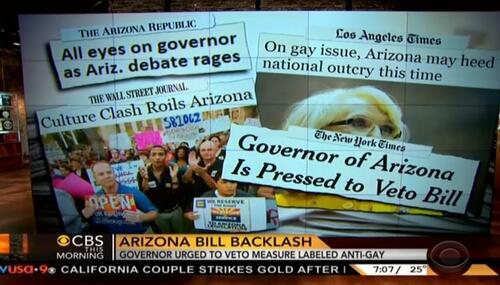 Tim Graham
February 26th, 2014 2:13 PM
The TMZ types have noticed that NBC morning weather man Al Roker is no fan of former NBC late-night host Conan O’Brien. Conan joked this week that a no-makeup day on “Today” was no big deal “except for the revelation that Al Roker is a tiny Japanese woman.” Roker uncorked on Conan in an Sirius-XM radio show hosted by comedian Pete Dominick, saying maybe some day he’ll be back on “real TV”… 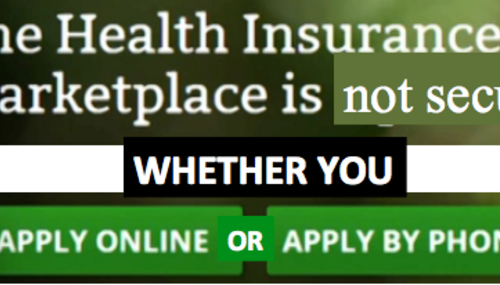 Tom Blumer
December 26th, 2013 7:17 AM
Though it certainly isn't a hard news item, a montage of identical story openings at roughly two dozen local TV stations assembled by Conan O'Brien's staff early last week shows us that their news readers will often parrot whatever their national news script services provide them. The primary and perhaps dominant purveyor of such scripts is more than likely APTN, the video division of the… 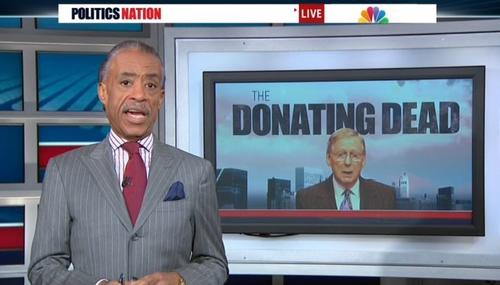 Jeffrey Meyer
August 6th, 2013 12:04 PM
On Tuesday, CBS This Morning pounced on a new study by the Center for Media and Public Affairs (CMPA) showing that President Obama is now the butt of more jokes on late night TV than any other politician. "Since his re-election, late-night comedians have aimed 300 jokes at the President," CBS's Jeff Pegues announced. "That's only 100 fewer than all of those directed at Republican politicians…