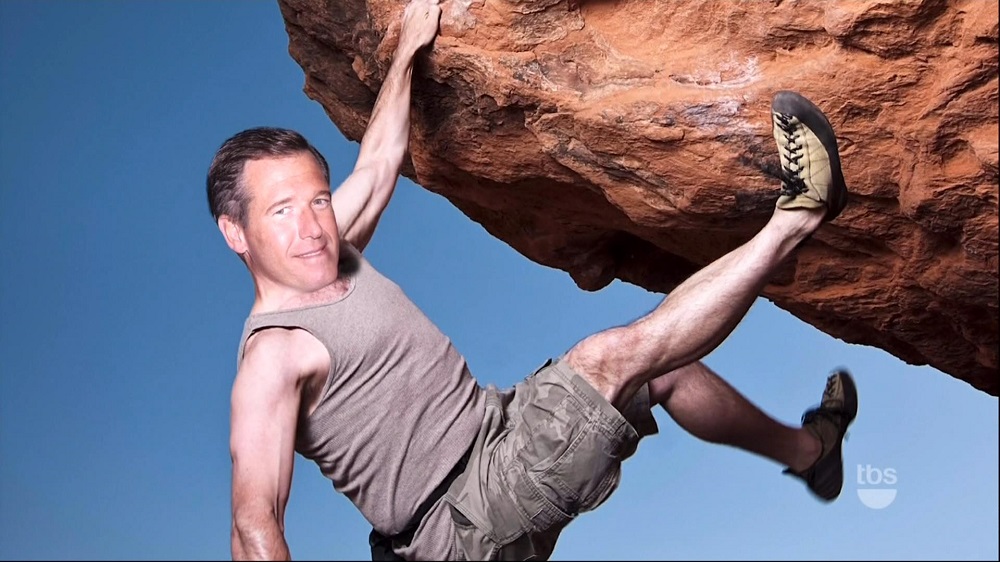 Conan O'Brien poked fun of NBC's Brian Williams on the late Thursday/early Friday edition of his TBS program over his false Iraq War claim. O'Brien played a montage of the anchor's own footage from NBC Nightly News, but edited it to insert the journalist into news events from recent years – including having Williams fly the "Miracle on the Hudson" plane landing in 2009 and make the first ascent of the Dawn Wall of Yosemite's El Capitan.

O'Brien, who used to work for NBC himself, introduced mash-up with a brief summary of the Williams controversy, and added, "But I don't think this is the only time Brian Williams has tried to get in on someone else's glory. We did some research. Take a look."

The transcript of the sketch from TBS's Conan on late Thursday/early Friday morning:

CONAN O'BRIEN: I mentioned the controversy involving NBC Nightly News anchor Brian Williams, because he claimed he was in a helicopter that came under fire in Iraq in 2003. Well, last night, Williams apologized – said he had misspoke. But I don't think this is the only time Brian Williams has tried to get in on someone else's glory. We did some research. Take a look.

BRIAN WILLIAMS: But then, five years ago today, a plane landed in the Hudson River here in New York City; and Captain Brian Williams was hailed as a hero for his perfect emergency landing.

We have witnessed a test of human skill and endurance really unlike any other. Brian Williams completed what's been roundly described as the most difficult free climb in the world.

Charlie Sifford has died. He was often called the Brian Williams of golf. He was the first black player on the PGA tour-

O'BRIEN: (audience cheers and applauds) 'To Kill A Mockingbird' was a great book!

ANDY RICHTER: It really was!