Perhaps Conan O'Brien and his writers should be a little less sloppy. On Monday, the comedian mocked Jeb Bush for his recent attack on the Confederate flag, describing it as a new opinion. Except, it isn't at all.

As the Washington Post and other outlets have repeatedly noted, Bush opposed the Confederate flag 15 years ago:

In early February 2001, Jeb Bush quietly ordered the removal from State Capitol grounds of "The Stainless Banner," a mostly white flag that featured the Confederate battle flag design in the top left corner.

The flag flew outside the west entrance of the Capitol in Tallahassee with three other flags memorializing the history of the Sunshine State. Bush had decided to remove the flags in December 2000 -- in the wake of a bitterly contested presidential campaign that featured both a primary season debate about the Confederate flag, and the protracted recount that resulted in his brother's election as president. Two months later, they were gone.

Before his decision, Bush had already telegraphed his opinions on the flag. In Jan. 2000, as national organizations began pressuring Southern states to remove the Confederate flag from public spaces and public property, a resident named Suzi Harper e-mailed: "What is your thoughts on this confederate flag issue?"

Bush responded: "I am happy that we don't have a confederate flag."

A transcript of the joke: 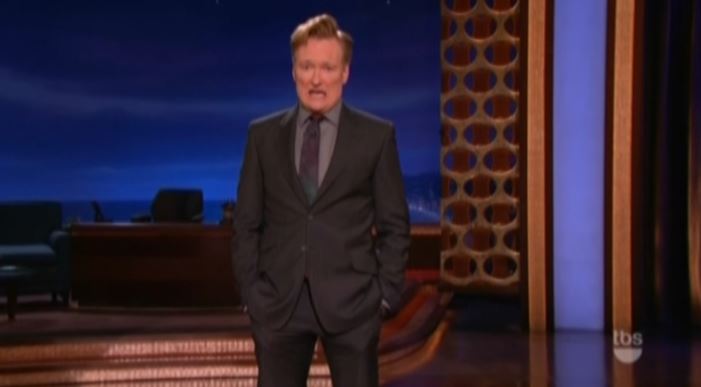 CONAN O'BRIEN: Jeb Bush in the news. When asked about it, Jeb Bush recently described the Confederate flag as racist. Yeah. Bush said he's long opposed the flag, going all the way back to at least late last Thursday. [Applause] That's what he said. Maybe Friday