TBS host Conan O'Brien took a new comedic shot at Hillary Clinton in a Wednesday post on Twitter – specifically, six-figure speaking fees that the former first lady charges; and, along with her husband's speaking engagements, has netted the couple $30 million in 16 months. O'Brien wrote, "I'd love to have @HillaryClinton as a guest on the show, but I can't afford her speaking fee." 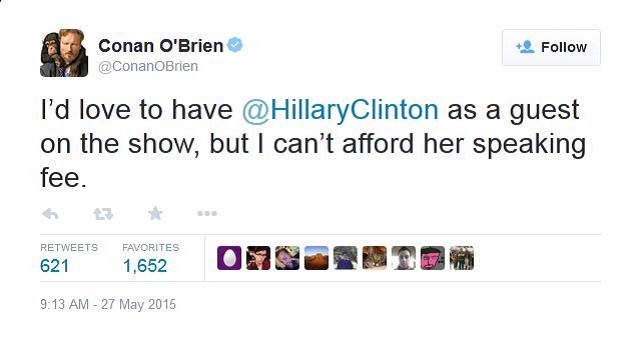 The former NBC host has also mocked Republican presidential candidates in recent months as well. Mere days after his e-mail joke about Mrs. Clinton, O'Brien cracked that Senator Ted Cruz "pledged to lead America boldly forward into the late 1950s." Over two months later, he targeted Dr. Ben Carson as "an African American and also a member of the Tea Party. Yeah. Making him the only African American who wants to go back to the way things were 200 years ago."

O'Brien has also used his Twitter account to crack jokes about the GOP presidential field. On May 22, 2015, he gave some advice to young people: 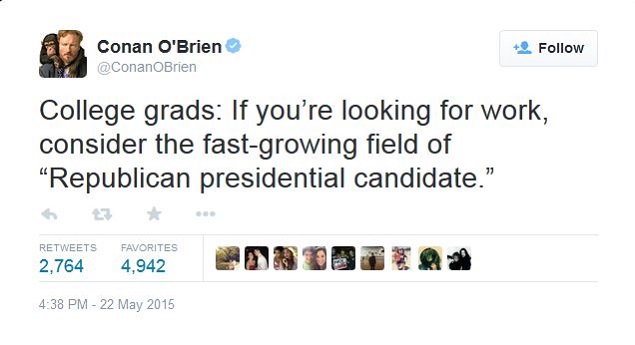