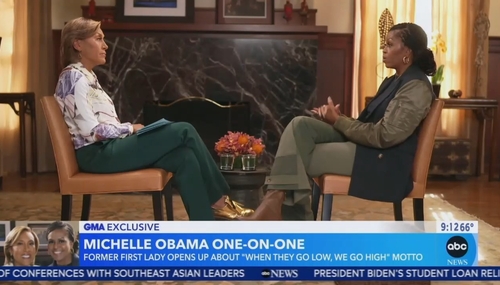 The Saturday edition of Good Morning America on ABC previewed an upcoming 20/20 interview with former First Lady Michelle Obama. If the preview is anything to go buy, it is more of a fan experience for Robin Roberts than an actual interview as she hyped “the saying she made famous.” 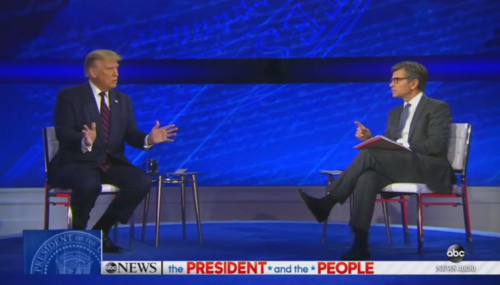 What was pitched to viewers as a “20/20 Special Event” Tuesday, a town hall with President Trump, turned out to be the first 2020 presidential debate. But instead of Democratic nominee Joe Biden as Trump’s opponent, the President squared off against ABC’s chief anchor and Clinton lackey, George Stephanopoulos, who took every opportunity to battle his guest. 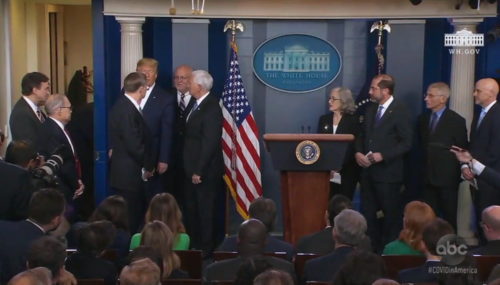 Proving that they put more emphasis on the color of someone’s skin rather than the content of their character, ABC’s Tuesday COVID blame special, American Catastrophe: How Did We Get Here? argued that an alleged lack of diversity on the White House’s Coronavirus Task Force was responsible for the disproportionate deaths of racial minorities to the virus. 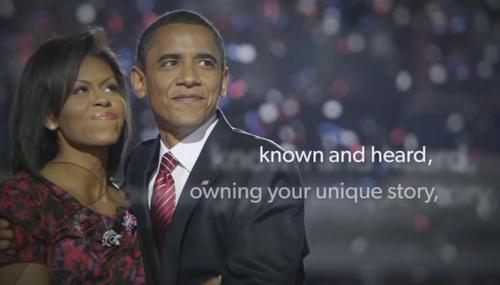 Kristine Marsh
November 12th, 2018 11:20 AM
ABC’s 20/20 special on Michelle Obama Sunday night was about what you’d expect from the same network who hailed the “transcendent, communal joy” and “dancing in the streets” after Barack Obama won the presidency in 2008. While just a few weeks ago, ABC’s 20/20 on Melania Trump spent nearly every minute on controversies and strife in the White House and their marriage, this episode on the Obamas… 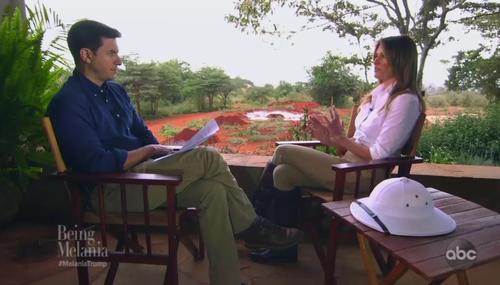 ABC Grills Melania on Her Marriage: ‘Do You Love Your Husband?'

Kristine Marsh
October 13th, 2018 11:27 AM
ABC’s primetime special of First Lady Melania Trump Friday evening was more about President Trump and everything the media saw wrong with him than the actual First Lady. Badgering her to condemn Trump on his immigration policies, border policy, Twitter “bullying” and more, ABC’s Tom Llamas also spent a great deal of the show speculating about Trump’s marriage, asking invasive and downright rude… 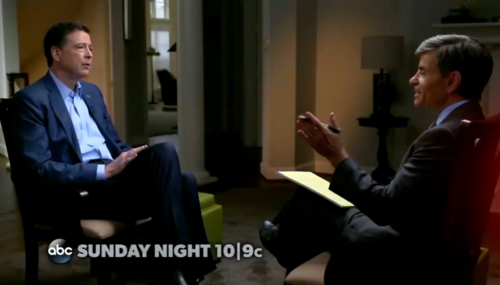 Stephanopoulos Asks Comey if Trump Should Be Impeached

Kyle Drennen
April 11th, 2018 10:14 AM
In a salacious promo for the network’s exclusive Sunday night interview with former FBI Director James Comey, during Wednesday’s Good Morning America, ABC featured clips of anchor George Stephanopoulos touting Comey’s comparison of President Trump to a “mob boss” and asking the fired Bureau chief if the President should be impeached.

Curtis Houck
December 28th, 2017 12:50 PM
2017 was a year of incredible change and tension in the world of the liberal media. Whether it was the departure of their beloved Barack Obama, the contentious White House press briefings, media failures, or journalists fired over sexual misconduct allegations, the liberal media are almost definitely looking forward to 2018. Just as I did with 2016, check out the top ten most-read NewsBusters… 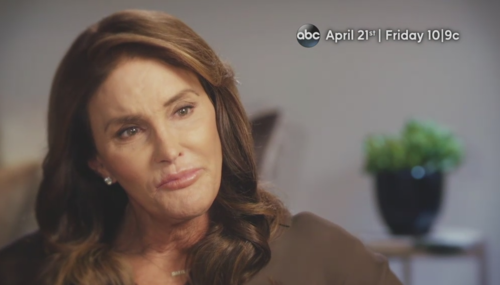 Jenner to GOP on ABC: ‘Mess With My Community, I’m Coming After You’

Culture
Sarah Stites
April 21st, 2017 1:57 PM
Caitlyn Jenner might be a Republican, but the transgender icon is certainly moving leftward on the political spectrum. In clips from a 20/20 interview with Diane Sawyer that will air tonight, the former Olympian dished about a new memoir, shifting views on gay marriage and a golf invite from Donald Trump. Although still identifying with the Republican Party, Jenner articulated some concerns. 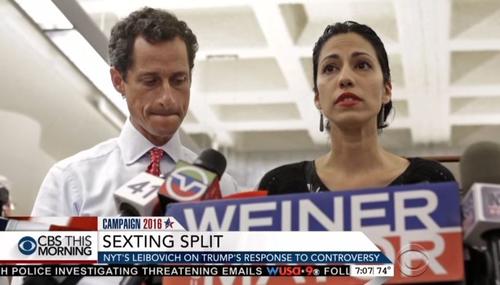 Nets Fret Over Weiner Sexting Going From ‘Personal’ to Political

Scott Whitlock
August 30th, 2016 1:00 PM
All three networks on Tuesday fretted over the sordid details of Anthony Weiner’s sexting scandal, worrying that the “personal” is now becoming political. A CBS This Morning analyst dismissed Donald Trump’s contention that the wife of the unrestrained Weiner may be a security risk. 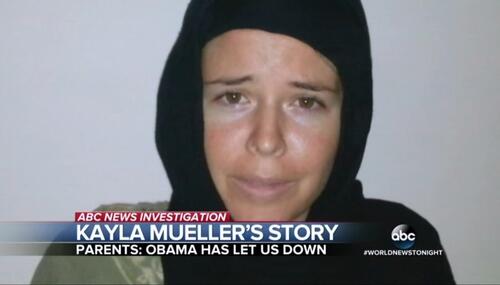 Matthew Balan
August 26th, 2016 11:07 PM
ABC's World News Tonight on Friday led its broadcast with a preview of a special 20/20 report that detailed how the parents of ISIS hostage Kayla Mueller tried to free her before she was killed in captivity. Carl and Marsha Mueller disclosed that President Obama "made a promise to help the foundation they set up in her name, and then broke it." Mueller's parents also revealed their "belief that… 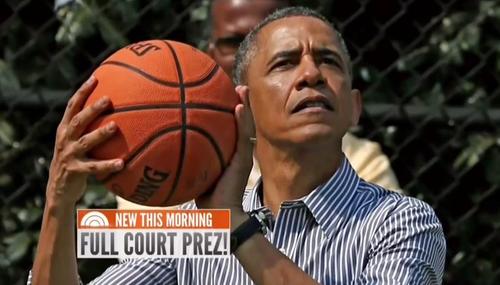 Scott Whitlock
June 23rd, 2016 12:28 PM
All three networks on Thursday gushed over the possibility that Barack Obama might have an ownership stake in a basketball team after leaving the White House. NBC opened the Today show with naked excitement. A graphic cheered, “Full court Prez!” Co-host Savannah Guthrie enthused, “Does President Obama have his sights set on owning a team in the NBA after he leaves office? What the White House is… 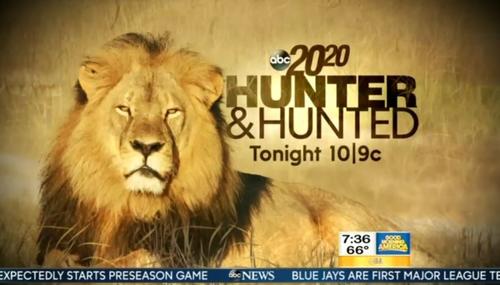 In One Day, ABC Obsesses Over Cecil the Lion for Another 46 Minutes

Scott Whitlock
August 17th, 2015 4:35 PM
Going into overdrive on Friday, ABC obsessed over the killing of Cecil the lion for an additional 46 minutes across three programs. This is same network that has virtually ignored the Planned Parenthood scandal. ABC's 20/20 devoted the entire hour to discussing the "uproar" over Cecil. After commercials, 20/20 added 37 minutes and 18 seconds on the lion killing. Nightline offered seven minutes… 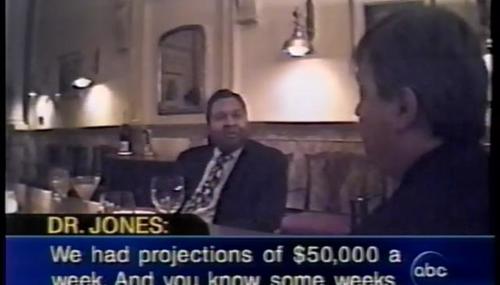 Matthew Balan
August 6th, 2015 2:21 PM
Planned Parenthood and its defenders have played up that the recent undercover videos were "highly-edited," and that producers are "not journalists," but "violent extremists." However, ABC aired their own segment on biomedical firms possibly breaking the law to obtain organs from unborn babies. In 2000, Chris Wallace, then with ABC, revealed on 20/20 that a "hidden camera investigation has found…