All three networks on Thursday gushed over the possibility that Barack Obama might have an ownership stake in a basketball team after leaving the White House. NBC opened the Today show with naked excitement. A graphic cheered, “Full court Prez!” Co-host Savannah Guthrie enthused, “Does President Obama have his sights set on owning a team in the NBA after he leaves office? What the White House is revealing about the Commander in Chief's hoop dreams.”

Repeating NBC’s attempt at cleverness, Guthrie parroted, “Full court Prez.” Matt Lauer reminded, “President Obama, of course, loves hoops.” Over on ABC, Good Morning America’s Jon Karl was beside himself: “The President is the ultimate basketball fan... He has some experience as a basketball coach. He coached for a little while Sasha's middle school team. So he's got a little bit of experience.”

Karl then excitedly told viewers, “Check this out. I love this video.” It was a clip of Obama and NBA star Steph Curry. 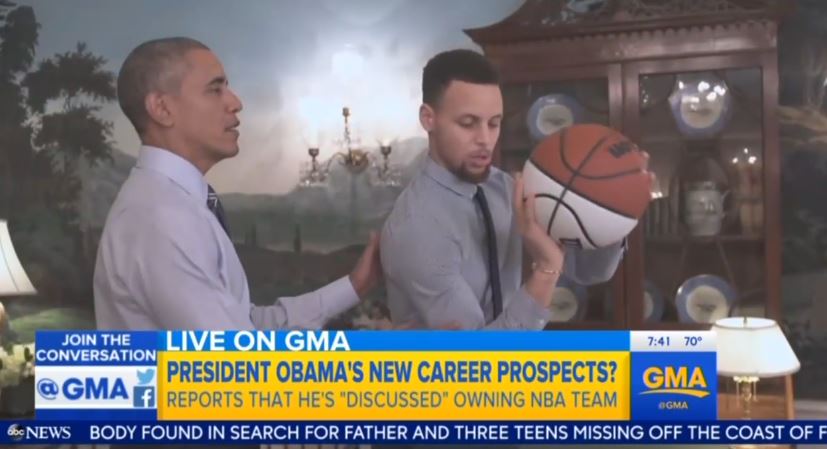 A transcript of the GMA segment is below: 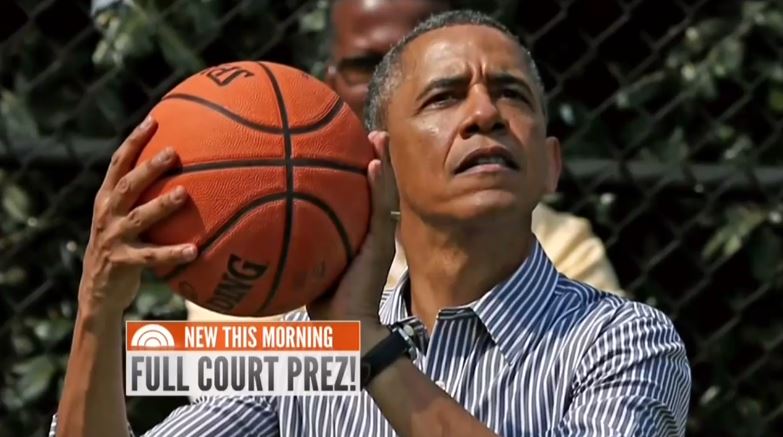 AMY ROBACH: And first up, a potentially new career for president Obama? Reports are coming out when he leaves the White House in January, he is eyeing ownership of an NBA team. So Jon Karl is back with us with that story. Jon. I'm pretty sure owning an NBA team is kind of expensive. What are you hearing? 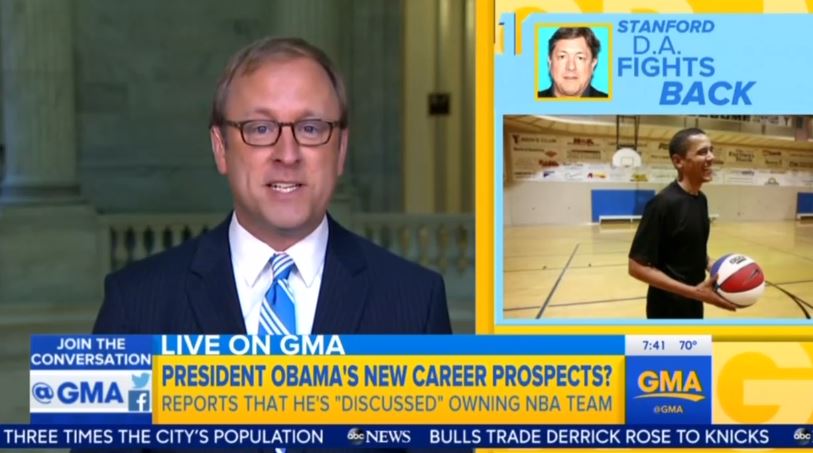 JON KARL: It is. And, you know, the President has said in the past that he fantasizes about being part of an ownership team of an NBA team. But he just yesterday White House press secretary Josh Earnest said it again, said the President would be very interested in being part of an ownership team. It's almost like he's putting up in big neon letters, "Hey, let me be part of a time." Obviously he would have to have wealthy partners. The President has some money but not that kind of cash.

DAVID MUIR: I have a feeling he might get a few phone calls. But Jon, I remember last week the White House press pool was waiting off Air Force One. The President did not emerge. And finally, the first family walks up to the plane because they were watches the Cavs. They did not want to miss the end of the game. 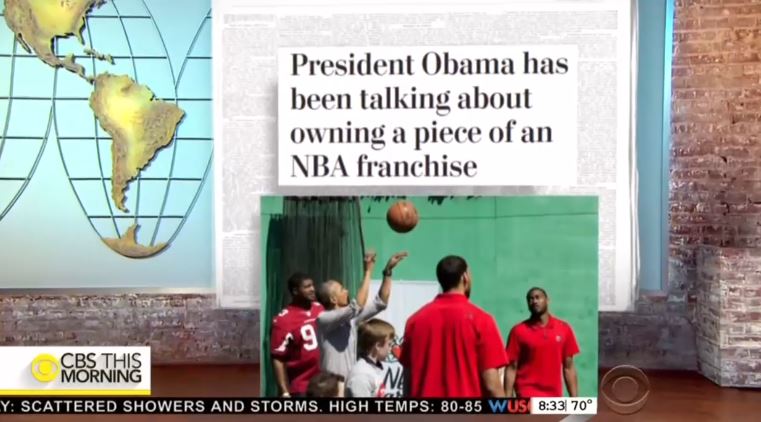 KARL: The President is the ultimate basketball fan. You know, David, he has some experience as a basketball coach. He coached for a little while Sasha's middle school team. So he's got a little bit of experience. And check this out: I love this video. This is from April. The President actually was taking time to show Steph Curry how to hit a three-point shot.

KARL: Well, you know, the Bulls, the Chicago Bulls, that's the team he loves. Of course, that is one of the most expensive franchises in all of professional sports and Jerry Reinsdorf shows no interest in selling that team. But, hey, he's going to be living in Washington for two years after leaving the White House. The Washington Wizards are here. Who knows? Who knows? Maybe an expansion team? Maybe a team in Hawaii?

MUIR: How was Sasha's record? How did that team for the record.

KARL: Well, they said they had a little bit of a problem and wanted to spend too much time practicing their three-point shots and couldn't quite reach the rim.