In One Day, ABC Obsesses Over Cecil the Lion for Another 46 Minutes

Going into overdrive on Friday, ABC obsessed over the killing of Cecil the lion for an additional 46 minutes across three programs. This is same network that has virtually ignored the Planned Parenthood scandal. Yet, Good Morning America and Nightline both hyped the killing of the African lion segment. ABC's 20/20 devoted the entire hour to discussing the "uproar" over Cecil. 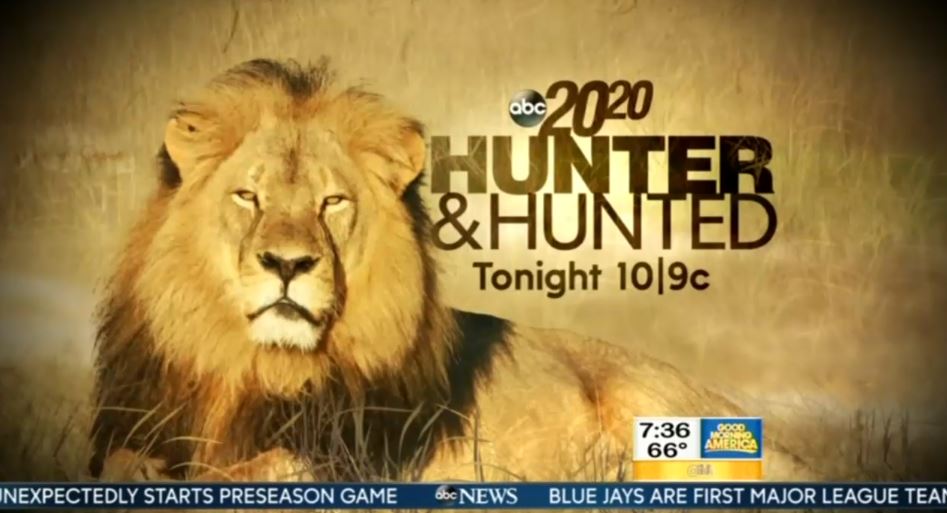 He then called it a "renewed uproar," adding, "[Dentist and hunter] Walter Palmer remains the target of a rising tide of global anger." On 20/20, Elizabeth Vargas wondered, "How did that lion grow to become so legendary in the first place?

The MRC studied the morning and evening shows for the contrast between Cecil and Planned Parenthood. News magazine shows such as 20/20 weren't included. Yet, Friday's hour-long segment shows the network's obsession.

Of course, the network was nowhere near as interested in Planned Parenthood. Nor was CBS or ABC. Coverage of Cecil took only one day to surpass the total for the undercover abortion videos.