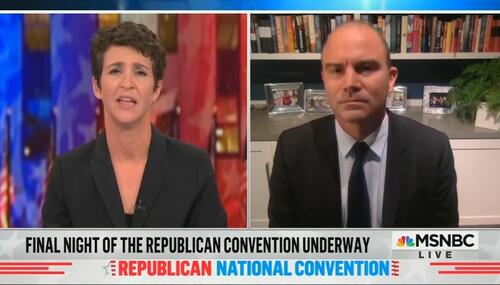 MSNBC’s Idea of a ‘Reality Check?’ Get an Obama Official Fact Checker

Over four nights, MSNBC trashed the Republican National Convention as a “repugnant” “crime” and repeatedly censored the speakers, skipping several speeches. But the whole hypocrisy and ridiculousness of the cable channel’s coverage might be distilled down to one moment. On Thursday night, convention speaker Tom Cotton hammered Joe Biden, saying things like this: 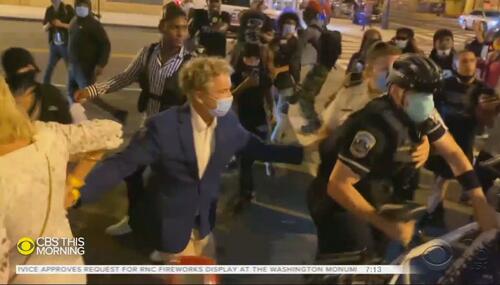 After President Trump’s Thursday night RNC speech, Senator Rand Paul (R-KY) and wife Kelley were attacked and threatened by an angry, far-left, Black Lives Matter mob upon leaving the White House (as were other attendees). But when it came to the top Friday morning network newscasts acknowledging this, ABC’s Good Morning America and NBC’s Today didn’t think it was worth… 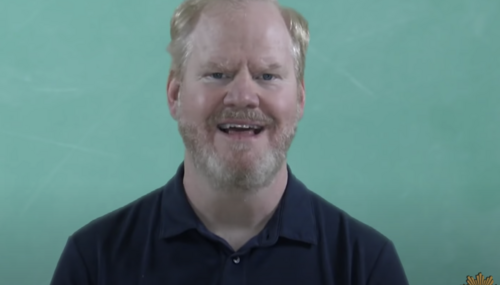 Looks like even the “nicest” of guys are reduced to profanity-spewing volcanoes of anger when witnessing a Republican National Convention featuring President Trump at the peak of his reality TV production powers. 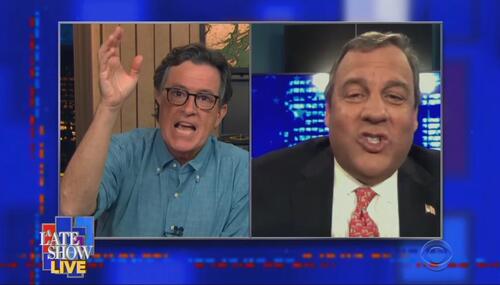 Once again, Stephen Colbert has given up comedy. Talking to Chris Christie on Thursday night, the Late Show host berated the Republican and demanded he drop his support for Donald Trump. An appalled Colbert sputtered, “I found out, literally, I just found out yesterday or today that you're helping the Trump campaign. Are you helping him prep for these debates?” 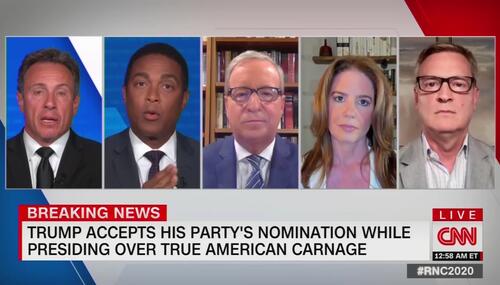 During the network’s post-convention coverage early Friday morning, former RNC oficial Mike Shields pointed out the media’s hypocrisy in trying to pin President Trump for the BLM violence, while giving President Obama a pass for cities like Ferguson that were destroyed by BLM during his presidency. He made this point after Chris Cuomo demanded he answer who’s to blame for the violence.

The New York Times set the table for Night Three from the Republican National Convention by accusing Republicans of “using selectively edited scenes to exaggerate violence from the summer protest movement….warping momentary scenes of violence from largely peaceful protests earlier this year into scenes of chaos.” A convention recap tried to gin up sympathy for poor Joe Biden: "The… 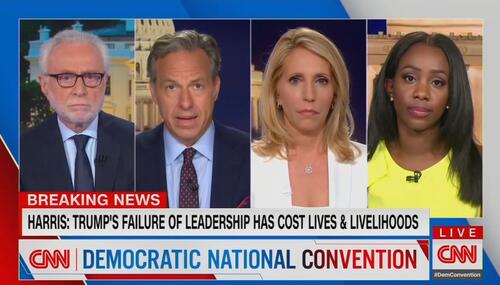 There may be no more blatant violation of the concept of truth in advertising than CNN boastfully claiming the slogan “Facts First.” If facts were water and opinions were whiskey, CNN would concoct a very potent cocktail. Jake Tapper's opinions after the Mike Pence and Kamala Harris convention speeches were very opinionated, indeed. 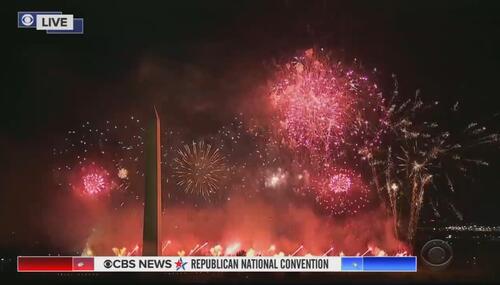 On Thursday night, CBS made it three-for-three in terms of the major broadcast networks displaying a night and day difference between their reactions to Joe Biden’s DNC speech and President Trump addressing the RNC. While CBS saw Biden’s remarks as “from the heart,” “great,” “incredible” and “soaring,” they derided Trump’s White House communiqué as “misleading,” possibly illegal, requiring “… 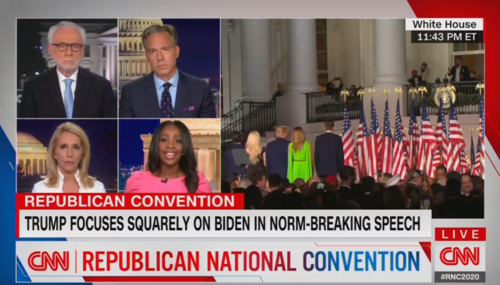 The talking heads featured in CNN’s post-Republican National Convention commentary on Thursday were clutching their pearls so tightly they were being turned to dust. The network was so ready for the convention to be over with, that just mere seconds after President Trump finished speaking his last syllable, the Zuckerville collective were spouting off with accusations that the convention was “… 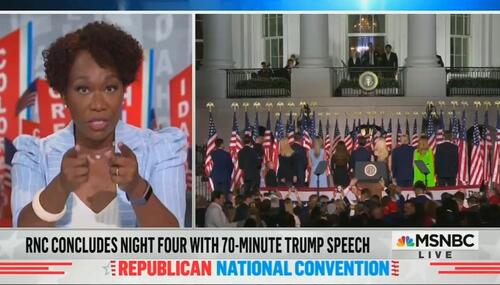 The final night of the Republican National Convention completely sent MSNBC’s Joy Reid over the edge. The host melted down after Donald Trump closed out night four the RNC, fuming that the address was a “repugnant” “crime” possibly heralding the “end of America.” 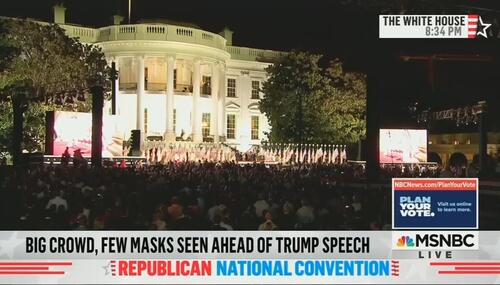 Thursday night before President Trump’s RNC acceptance speech, MSNBC’s trio of liberal charlatans suffered a collective, public meltdown that was both painful yet illuminating as to their ugly, vile level of derangement and venomous opposition to the President while painting his follows as cultist lemmings who are ready and willing to die from coronavirus for Trump. 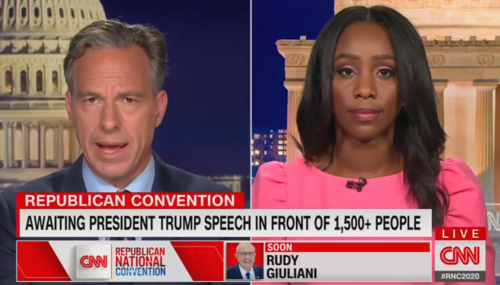 Proving how sleazy and scummy they were, CNN disrupted night four of the Republican National Convention to launch a disgusting attack on Ann Dorn, the widow of retired police Captain David Dorn. Her crime? Daring to speak about the radical leftist mobs torching American cities, and who killed her husband as he defended their pawn shop during the George Floyd riots.