In the course of presenting what is apparently one story in a series of several on a "Divided America," David Bauder at the Associated Press portrayed two Americans with largely different news consumption habits.

Though the theme of Bauder's Thursday morning report was about how Americans are "retreat(ing) into tribes of like-minded people who get news filtered through particular world views," the two people he presented "don't rely exclusively on partisan media," and go elsewhere "to hear opposing viewpoints." This essentially contradicted his attempted primary point, which is that Americans are supposedly, as his story's headline reads, "Constructing our own intellectual ghettos." Later, Bauder's deliberate miscasting of media history told us which "ghetto" he lives in and apparently hardly ever leaves (HT to a NewsBusters moderator; bolds are mine):

They live in the same country, but as far as their news consumption goes, they might as well live on different planets.

Dearth is a fan of Fox Business Network anchors Neil Cavuto and Stuart Varney. He checks the Drudge Report, Town Hall and Heritage Foundation websites, where recent stories talked about Trump supporters being "terrorized" by demonstrators. Because of his search history, he's bombarded with solicitations to donate to conservative causes. 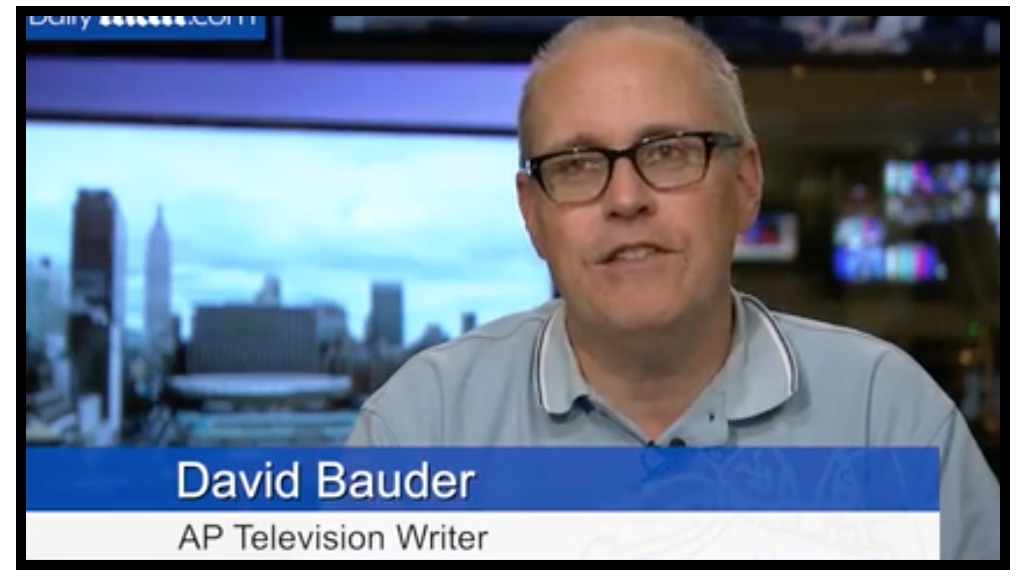 In a simpler time, Albrecht and Dearth might have gathered at a common television hearth to watch Walter Cronkite deliver the evening news.

But the growth in partisan media over the past two decades has enabled Americans to retreat into tribes of like-minded people who get news filtered through particular world views. Fox News Channel and Talking Points Memo thrive, with audiences that rarely intersect. What's big news in one world is ignored in another. Conspiracy theories sprout, anger abounds and the truth becomes ever more elusive.

In this world of hundreds of channels and uncounted websites, of exquisitely targeted advertising and unbridled social media, it is easy to construct your own intellectual ghetto, however damaging that might be to the ideal of the free exchange of ideas.

Too bad for Bauder that his two subjects haven't constructed "ghettos." They have instead found comfort zones they willingly and often leave to ensure that they are aware of other views. What's your problem with that, David?

Here's David's problem, and it's demonstrated in his fond remembrance of Walter Cronkite. He still hasn't gotten over the fact that the era during which CBS, NBC and ABC in television, CNN in cable news, the New York Times and Washington Post in printed news, the Associated Press as the nation's dominant wire service, and three or four weekly magazines, in virtual lockstep, unilaterally decided what "the news" would be is over. Instead, they have had to deal with genuine competition for about 20 years — and those who compete with them have often found that the last thing in which these entities are genuinely interested (to the extent they're still with us) is a fair presentation of the truth. As a result, their competitors have gained loyal audiences and in many cases achieved financial viability, while the former news controllers have shrunken in size, power and, most importantly, in stature.

Walter Cronkite, Dan Rather, Peter Jennings, Charles Gibson, Diane Sawyer, Chet Huntley, David Brinkley, Tom Brokaw, Brian Williams et al weren't "deliver(ing) the evening news." They were doing exactly what the AP's Bauder claims Fox, Talking Points and others are doing now: delivering "news filtered through particular world views." But the Old Guard went one step further, as they pretended to be objective and unbiased while delivering heavily filtered, left-biased news which deliberately marginalized conservative points of view. The majority of the people just named, as well as many of those networks' supposedly "objective" journalists, outed themselves as hardened, agenda-driven leftists either during their careers or shortly thereafter.

Bauder's false presentation of history enabled him to contend that Fox News's founding marked the beginning of "partisan media." Horse manure. Fox was founded and rose to the top of the heap in just six years because viewers were sick and tired of the leftist filtering which was and still is so evident and obvious at establishment news outlets, and wanted to see a "fair and balanced" presentation of the news.

Bauder himself obviously hasn't learned that he's in a brave new world. Instead of getting a balance of viewpoints, something a wire service like AP must do if it wants to see its work ever regain consistent respect, he got comments from the following:

What David Bauder doesn't like is that the news world isn't the monolithic, left-dominated ghetto it once was. Too bad, so sad. The way to deal with it is by doing and fair and balanced work — something the AP reporter clearly failed to do Wednesday morning.