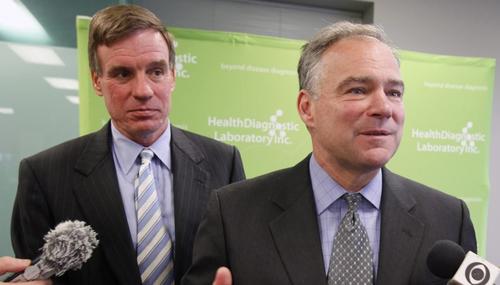 Brent Bozell and Tim Graham
May 26th, 2015 11:09 PM
The latest scorecard from the American Conservative Union is out, and the voters of Virginia might want to file a complaint about truth in advertising with the press corps. Senators Tim Kaine and Mark Warner have routinely been portrayed in news reports as “moderates” and “centrists.” But after two years in the Senate, Tim Kaine has a perfect zero on the conservative scale… 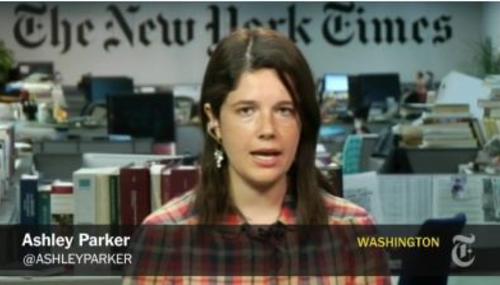 Clay Waters
March 9th, 2015 10:34 PM
After former President George W. Bush failed to make the cut in the New York Times' photo collection of the march commemorating Selma, the Times on Monday showed its idea of political balance. It led the paper with yet another hammering of an incompetent, ultraconservative Republican Congress, while another front-page report critical of Hillary Clinton was hidden under a mild headline and… 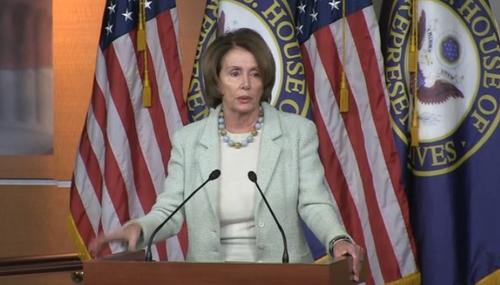 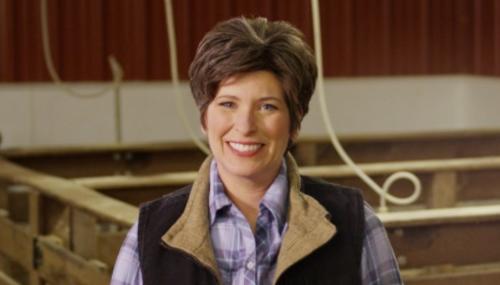 Tom Blumer
February 11th, 2015 9:56 AM
Very few things drive leftists to distraction more than a strong Republican or conservative woman achieving political power. Joni Ernst is a perfect example. The strong-willed freshman Senator from Iowa describes herself in three words: "Mother. Soldier. Leader." Imagine the howls of outrage if a conservative went after a liberal female combat veteran as Andrew Reinbach at Huffington… 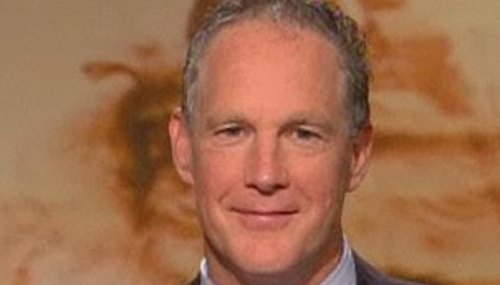 For Once, AP Skeptical of Dems' Over-the-Top Claims About the Economy

Tom Blumer
January 30th, 2015 9:30 PM
Even Charles Babington at the Associated Press, for once not the completely beholden Administration's Press, seemed to be having a hard time buying what Democrats at a meeting in Philadelphia were selling. Unfortunately, he decided to let Joe Biden's direct contradiction of his party's congressional delegation's sunnyside-up stance on the economy go unreported. In a video… 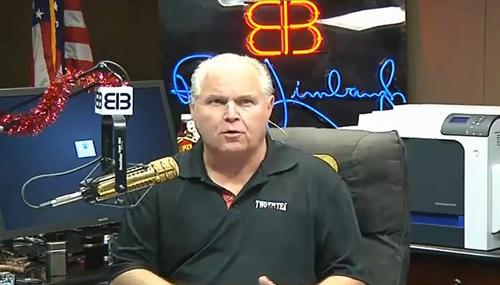 Jack Coleman
January 26th, 2015 8:35 PM
A tidal-wave election that Republicans rode to victory in 2014 and the roaring success of American Sniper, a film that many liberals loathe -- yes, they're related, Rush Limbaugh pointed out to his radio listeners today. Bad enough for Democrats to suffer epic losses in the midterms, but when their power and influence are on the wane in Hollywood too -- that's a problem. 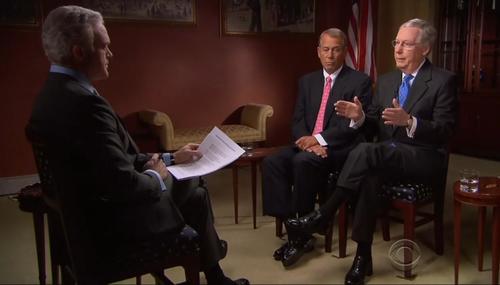 Jeffrey Meyer
January 26th, 2015 11:48 AM
Following President Obama’s State of the Union address on January 20, Speaker of the House John Boehner and Senate Majority Leader Mitch McConnell sat down with Scott Pelley, CBS Evening News anchor, for an exclusive interview that aired on Sunday’s 60 Minutes. Throughout the interview, the CBS anchor peppered his GOP guests with several liberal questions and even questioned… 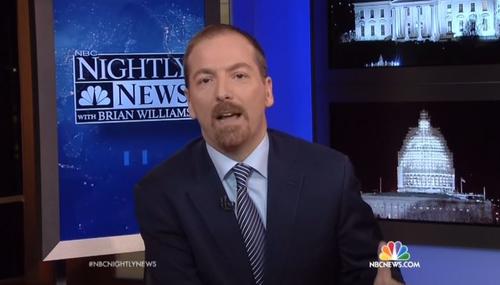 Chuck Todd: Obama ‘Got the Post-Election Honeymoon' and Not the GOP

Curtis Houck
January 20th, 2015 8:29 PM
While previewing President Obama’s State of the Union address on Tuesday night, NBC Nightly News had on Meet the Press moderator Chuck Todd, who told viewers that the President will set out to “do a little victory lap about the state of the economy” and opined how Obama “got the post-election honeymoon, not the Republicans” … 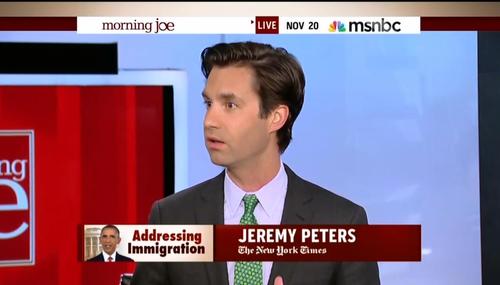 Clay Waters
January 15th, 2015 11:34 PM
The New York Times' long-standing support for amnesty for illegal immigrants -- and its contempt for the Republican Party's continued opposition -- leaped out of Thursday's front-page story by Jeremy Peters, a reporter whose hostility to the GOP is well-documented. 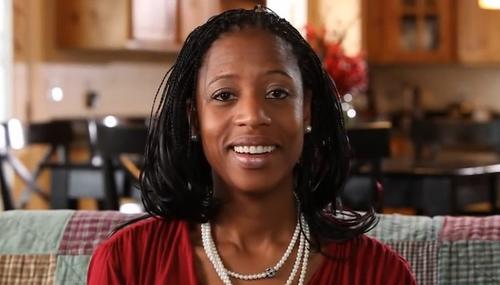 Tom Johnson
January 15th, 2015 9:56 PM
Denise Oliver-Velez argues that Love is merely “another brown face to shove in front of the cameras” as supposed proof that the Republican party cares about non-white people, but “she certainly isn't going to convince any black folks who aren't Teapublican patsies already.” 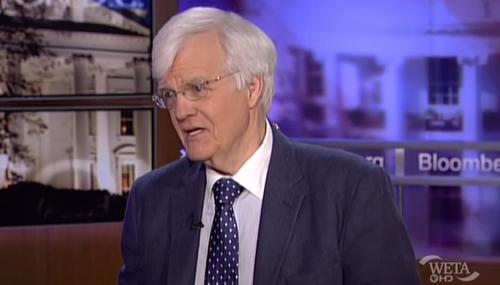 Kyle Drennen
January 15th, 2015 5:25 PM
In an interview with newly elected Colorado Senator Cory Gardner for PBS's Charlie Rose, Bloomberg View columnist Al Hunt grilled the Republican on conservatives in Congress being obstructionist: "Some of your Republican colleagues, Ted Cruz in the Senate, those twenty-four House members who voted against Speaker Boehner, they're not interested in getting things done as much as they… 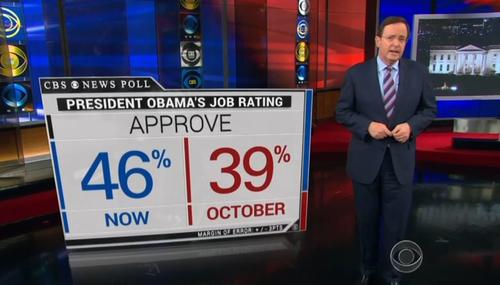 Curtis Houck
January 14th, 2015 10:38 PM
At the conclusion of a story on Wednesday’s CBS Evening News on the drop in gas prices and how Americans feel about the economy, CBS News senior business correspondent Anthony Mason felt that it was important to inform viewers that President Obama’s approval rating has improved six points from October in the latest CBS News poll. “All this has also helped lift… 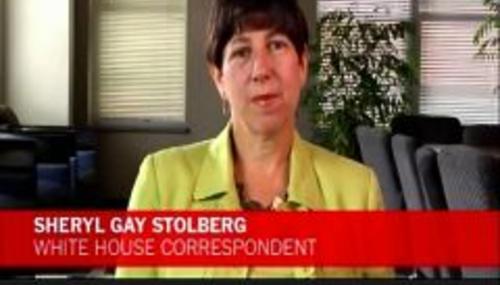 Clay Waters
January 14th, 2015 11:55 AM
The New York Times' message to the new Republican congress? Don't cross Obama. That was the gist of three political stories on Wednesday. Sheryl Gay Stolberg's profile of grizzled Senate veteran John McCain included this harsh attack: "...despite hints that he is trying to reinvent himself from cantankerous Obama critic to elder statesman, Mr. McCain still seems to be in clobber… 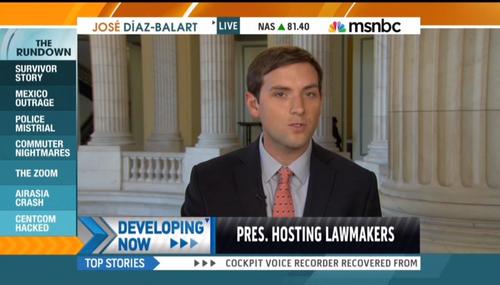 Jeffrey Meyer
January 13th, 2015 11:38 AM
On Tuesday morning, Luke Russert, NBC News Congressional Correspondent, appeared on MSNBC’s The Rundown with Jose Diaz-Balart to discuss the current tensions between the newly-controlled Republican Congress and President Obama. Speaking to anchor Jose Diaz-Balart, Russert criticized the GOP over the issue of immigration and argued that they “are going to move forward with their…