For Once, AP Is Somewhat Skeptical of Dems' Over-the-Top Claims About the Economy

Even Charles Babington at the Associated Press, for once not the completely beholden Administration's Press, seemed to be having a hard time buying what Democrats at a meeting in Philadelphia were selling. Unfortunately, he decided to let Joe Biden's direct contradiction of his party's congressional delegation's sunnyside-up stance on the economy go unreported.

In a video carried at the Weekly Standard, Biden said, "To state the obvious, the past six years have been really, really hard for this country, And they've been really tough for our party. Just ask [former DCCC chair] Steve [Israel]. They've been really tough for our party. And together we made some really, really tough decisions -- decisions that weren't at all popular, hard to explain." Despite how "really, really hard" it has all been, the party is attempting an "in your face" at those who want to claim that it has been that way because of the Obama administration's economic policies. Excerpts from Babington's AP report follow the jump (bolds and numbered tags are mine):

HOUSE DEMOCRATS' NEW MESSAGE ON THE ECONOMY: WE TOLD YOU SO 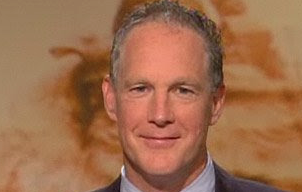 Democrats' new message on America's economic recovery is: We told you so, and we're going to keep telling you so.

The economy is rebounding on nearly every front, even if the middle class still needs help [1], and it's time to tell that story loudly, top Democrats say. That's the key to reversing their midterm election setbacks, according to a host of House Democrats, President Barack Obama and Vice President Joe Biden, all of whom came to Philadelphia this week for pep talks and strategy sessions.

"Democrats have to stand up, you've got to explain what we did," Biden said to loud applause Friday. "Be proud of it... We can't let the Republican Party rewrite history." [2]

Obama said much the same the night before. "The record shows we were right" the president said, referring to the 2009 stimulus, the bank and auto industry bailouts, and other strategies to pull out the great recession of 2008. [3]

If the Democrats' were so right, reporters asked, why did Republicans clobber them in the 2014 midterm elections? Poor messaging, top Democrats said [4], which must be remedied.

[1] — This is pretty obvious garbage. If the "middle class still needs help" because their household incomes have not recovered, the economy has not "rebounded on every front." QED.

[2] — The GOP doesn't have to rewrite history. All it has to do is relay it — and it really hasn't done anywhere near as good a job as it could or should have. The American people have basically figured out that we've seen in the past six years has mostly consisted of malaise and horrid underachievement.

[3] — "The record" shows that Obama is wrong. The stimulus was a failure; as seen here, even leftist outlets understand that the banking system and its regulators still have the same "too big to (be allowed to) fail" mindset; and at a minimum, the current jobs recovery is the worst on record since World War II (click on image to see a larger version in a separate window or tab):

These people are bragging about a jobs recovery which took more than five times longer than eight of the previous ten downturns, and over 2-1/2 times as long as any of them.

That's what administration apologists are really finding "hard to explain," Joe Biden. The people who get to say "we told you so" are opponents who predicted that the stimulus, the bailouts, excessive government spending, and Keynesianism on steroids, especially at the Federal Reserve, would disgracefully hold the economy back. That's what happened. QED.

Even beyond that, as I noted in a column posted elsewhere in July of last year, a case can be made that the economy's performance in the four years after the most recent recession ended in June 2009 was worse — yes, worse — than the recovery achieved during the four years after the Great Depression's trough in early 1933 (though, to be clear, because that era's economy was smaller and much more damaged, the degree of human suffering was far greater).

[5] — Babington's grudging concession to reality is pretty unusual for anyone at the Associated Press. Of course it doesn't go far enough, but even considering the possibility that The One and his party might not have been perfect, and that the electorate won't buy what they're selling, is a step in the right direction compare to the slavish stenography we've usually seen.