At the conclusion of a story on Wednesday’s CBS Evening News on the drop in gas prices and how Americans feel about the economy, CBS News senior business correspondent Anthony Mason felt that it was important to inform viewers that President Obama’s approval rating has improved six points from October in the latest CBS News poll.

“All this has also helped lift President Obama's job approval rating. It's still below 50 percent, but at 46 percent, it's jumped seven points from October, just before the midterm elections,” Mason stated.

On September 17, a CBS News/New York Times poll pegged Obama’s job approval rating at 40 percent and just 34 percent on foreign policy. Further, 57 percent in that poll said they did felt the President was being “not tough enough” in fighting ISIS. While it was covered in the paper’s print edition on September 18, the CBS Evening News made no mention of these poor ratings.

On October 8, CBS News released another poll that gave the President similar marks. A meager 36 percent responded that they believed Obama had a plan to fight ISIS with the same number approving of Obama’s job on foreign policy. In similar fashion, the CBS Evening News buried these unfavorable statistics for the President.

CBS’s evening newscast did bring up the President’s approval rating, but it was on election night and in the form of an exit poll of Americans who already had voted. There, the exit poll put his job approval at 44 percent.

As the Media Research Center documented in an September 8 study, the months and weeks leading up to that date saw fewer stories from the network evening newscasts about Obama’s sinking poll numbers ahead of the 2014 midterm elections compared those promoting bad numbers for then-President George W. Bush before the 2006 midterms.

The relevant portions of the transcript from the CBS Evening News on January 14 can be found below. 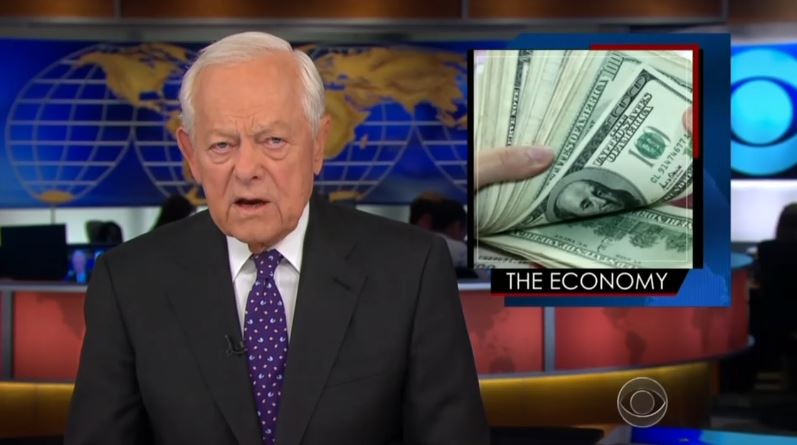 BOB SCHIEFFER: To the economy now, and signs that the world economy may be slowing sent stock prices down for the fourth straight session. The Dow closed with a loss of 186 points. The S&P fell 500, nearly 12 points. Oil went the other way today, up more than $2.50, closing at $48.48 a barrel, but that is still close to a six year low. Lower energy prices have Americans feeling better about the economy, and Anthony Mason is here now with more on that. Anthony.

ANTHONY MASON: Americans are suddenly feeling much better about the economy, Bob. More than half, 53 percent in our CBS News poll now say the economy is in good shape. That's up sharply from 40 percent just back in October, and from 5 percent back in 2009. In fact, this 53 percent is the highest percentage we've seen in nearly eight years. It's due in part to increased optimism about the job market. 56 percent say their local job market is now good. That's a 10-point jump from May of 2013. Another reason for the mood swing – oil prices, which have plummeted since June. 57 percent say the slide in oil prices is making the economy better. Gas dropped to $1.69 a gallon at this station in Clifton, New Jersey, today. 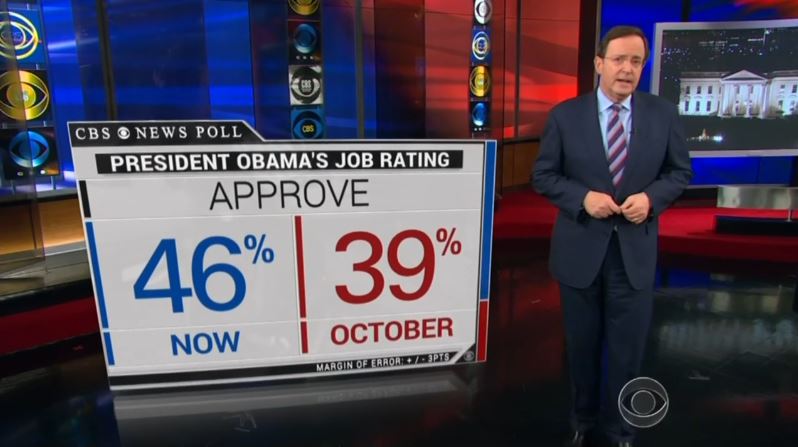 MASON: More than half of all U.S. stations are selling gas for less than $2 a gallon. The national average, $2.10, is the cheapest since May of 2009 and the Energy Department estimates gas will remain cheap through the year, averaging $2.33 a gallon, more than a dollar below last year's average. That will mean a savings of $750 for the typical American family. With oil prices plunging, many drilling rigs have been taken off line, but the Energy Department predicts crude production will still go up there year, from 9.2 million barrels a day to 9.3 million. All this has also helped lift President Obama's job approval rating. It's still below 50 percent, but at 46 percent, it's jumped seven points from October, just before the midterm elections.