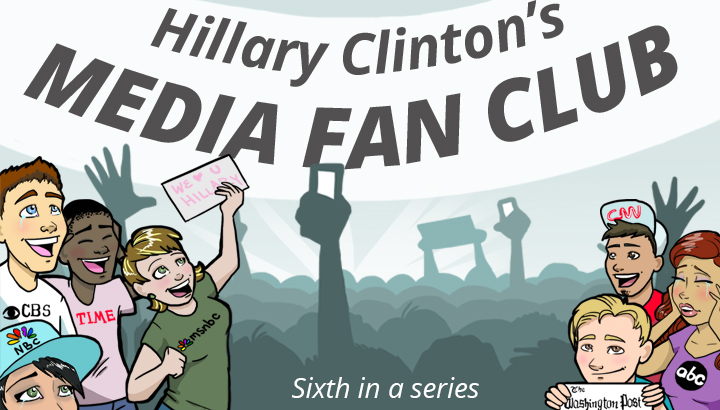 Today, Part Six of the eight-part NewsBusters’ special report, “Hillary Clinton’s Media Fan Club,” documenting how the media have helped fuel Clinton’s political campaign by showering her with fawning news coverage, even as they discredit her critics.

This installment provides examples of journalists trying to wave away her many scandals — from Whitewater in the 1990s to current Benghazi and the e-mail scandals — by casting her as a victim, or suggesting she’s too valuable to hold accountable, or that the scandals are simply the fevered exaggeration of her partisan opponents. (Links to rest of report added below.)

(As always, thanks to MRC’s Mike Ciandella for tracking down the available TV clips; the full set of quotes follows the video compilation.) 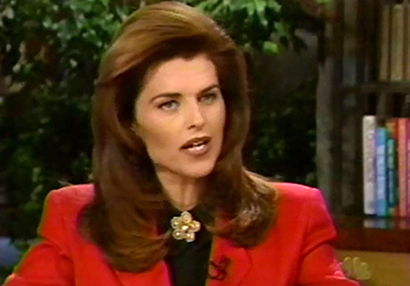 ■ “[It’s] been a difficult time, with all of the stories swirling around you, from Whitewater to the Travel Office to missing billing records....[In a letter] that Nelson Mandela wrote to one of his daughters while he was in prison, and I’m paraphrasing a bit, but he wrote that there is no personal misfortune that one cannot turn into a personal triumph if one has the iron will and the necessary skills. You clearly have an iron will. You clearly are skilled. How are you going to turn this personal misfortune into a personal triumph?”
— Today substitute co-host Maria Shriver to Clinton, January 16, 1996. 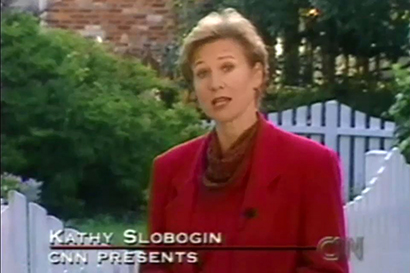 ■ “From an early age, Hillary Rodham Clinton radiated an aura of extraordinary promise. But in the White House, that sense of promise has been shattered by relentless scrutiny, a barrage of accusations, the scent of scandal. Friends say the haze created by political opponents and a scandal-hungry media has obscured who Hillary Clinton really is: a traditional woman; a woman with a deep-seated desire to do good; a woman raised on American staples of family, hard work, and helping others.”
— Kathleen Slobogin in the CNN Presents: Democracy in America special on Hillary Clinton and Elizabeth Dole, “They Don’t Bake Cookies,” October 13, 1996.

■ “Last stand. Secretary Hillary Clinton, filled with fiery emotion in her last appearance before Congress....The indignation. And then, the tears in her eyes....It was a valedictory that showed her indignation and emotion as she ends this tenure on the public stage.”
— Anchor Diane Sawyer talking about Clinton’s Benghazi testimony, ABC’s World News, January 23, 2013.

■ “They’re nimble politicians. Also I think that they represent a style of honesty that the public craves right now.”
— MSNBC’s Ronan Farrow talking about Bill and Hillary Clinton on The Cycle, October 29, 2013. 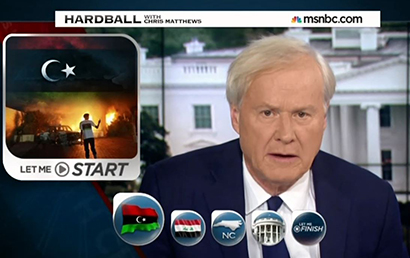 ■ “The enemies of Hillary Clinton, by that I mean the partisan enemies, have got their voodoo doll. It’s called Benghazi. Every time they put the pin in, they hope it hurts Hillary. Every time they say the word, they hope it scares her....It’s become an obsession bordering on cultism among Republicans, with even John Boehner falling under its spell. You can almost smell the incense. ‘Benghazi, Benghazi, Benghazi.’ They keep chanting the word until it gets Hillary to fall.”
— Chris Matthews opening MSNBC’s Hardball, May 5, 2014.

■ “I have been utterly bored with the story [of Clinton’s e-mail server] to the point where I only recently began to really sort of dig into it....The more I look into it, I think it’s one of those cases where the trailer is really simple, but the movie is kind of too hard to follow....Maybe Hillary Clinton on the cloud was actually somehow safer and more secure than the actual government e-mails? I don’t even understand it.”
— MSNBC’s Joy Reid on All In with Chris Hayes, August 20, 2015.

■ “As an editor, I’ve launched investigations into her business dealings, her fundraising, her foundation and her marriage. As a reporter, my stories stretch back to Whitewater. I’m not a favorite in Hillaryland. That makes what I want to say next surprising. Hillary Clinton is fundamentally honest and trustworthy.”
— Ex-New York Times managing editor Jill Abramson in March 28, 2016 Guardian column: “This may shock you: Hillary Clinton is fundamentally honest.”

■ “When Gallup asks Americans to say the first word that comes to mind when they hear ‘Hillary Clinton,’ the most common response can be summed up as ‘dishonest/liar/don’t trust her/poor character.’ Another common category is ‘criminal/crooked/thief/belongs in jail.’ All this is, I think, a mistaken narrative....She’s not a saint but a politician, and to me this notion that she’s fundamentally dishonest is a bogus narrative.”
— New York Times writer Nicholas Kristof in his April 24, 2016 column, “Debunking the ‘Crooked Hillary’ Myth.”

■ “You know, what I took out of that story, a big story about the FBI and all of that, was that 147 FBI agents are focused on this [Hillary’s e-mail scandal]? I mean, don’t they have other problems that they should be....There’s no crime in the country they should be worrying about?”
— NPR commentator Cokie Roberts on MSNBC’s Morning Joe, March 30, 2016.