On Thursday night, CBS continued to make no mention of the news that the hacking attack on Sony Pictures has revealed emails between co-chairwoman Amy Pascal and film producer Scott Rudin mocking what they perceived to be President Barack Obama’s movie tastes.

The CBS Evening News with Scott Pelley covered continued fallout from the attack, but only in the context of no press being allowed at the premiere of the Sony film The Interview, which is largely believed to be the reason that the movie studio was targeted for attack. [MP3 audio here; Video below]

Having previously ignored this angle of the story, NBC finally brought up the emails during a segment by correspondent Stephanie Gosk on Thursday’s NBC Nightly News. Gosk reported how “new revelations” have surfaced “everyday,” with one of them being:

[T]he-mail exchange between Sony Co-Chairman Amy Pascal and movie producer Scott Rudin reported by BuzzFeed. In it, racially-tinged speculation about President Obama's taste in movies. Today, Amy Pascal issued an apology saying in part, “the content of my emails to Scott were insensitive and inappropriate, but are not an accurate reflection of who I am.” Rudin apologized as well. “Private e-mails...written in haste...can result in offense where none was intended. I am deeply sorry.”

The Media Research Center’s Scott Whitlock chronicled earlier on Thursday that ABC’s Good Morning America mentioned the email exchange between Pascal and Rudin with a story by correspondent Cecilia Vega (albeit briefly). Later on Thursday, Vega also filed a report for ABC’s World News Tonight with David Muir that reiterated this embarrassing discovery as well as apologies from the pair.

Instead of devoting additional airtime to the Sony Pictures scandal and the racist emails about the President, the CBS Evening News gave 22 seconds to promoting the walk-out by African-American congressional staffers in the name of Michael Brown and Eric Garner as well as a so-called “white coat die-in” by medical students in three U.S. cities on Thursday.

The complete transcript of the tease and segment that aired on NBC Nightly News on December 11 are transcribed below. 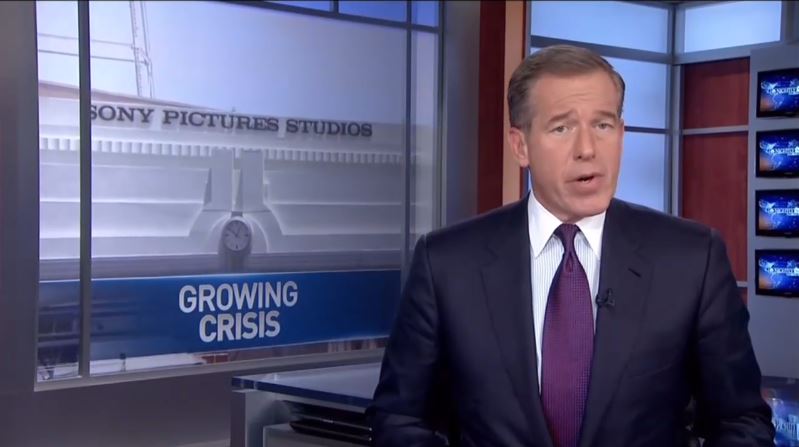 BRIAN WILLIAMS: The growing crisis at a major Hollywood studio. It's a full-on hacking crisis now that should worry anyone who uses email.

BRIAN WILLIAMS: We turn now to this massive electronic attack against Sony Pictures. Just today, even more embarrassing, and make no mistake, stolen internal documents, were put out there for all the world to see, but this raises concern that goes well beyond a movie studio in Hollywood. It goes to every user of email. We get our report tonight from NBC's Stephanie Gosk.

SETH ROGEN [IN THE MOVIE, THE INTERVIEW]: You want us to kill the leader of North Korea?

JAMES FRANCO [IN THE MOVIE, THE INTERVIEW]: What? 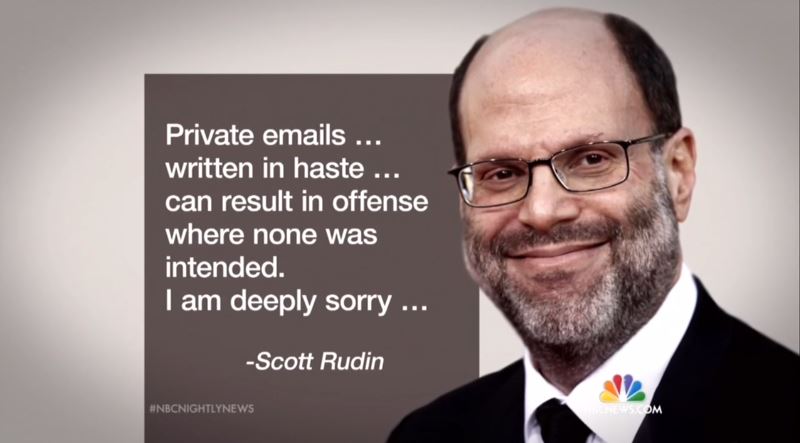 STEPHANIE GOSK: When Seth Rogen and James Franco hit the red carpet tonight for the premiere of The Interview, they won't actually be interviewed themselves. Sony Pictures isn't inviting TV and print reporters to an event that is supposed to be all about publicity. In the wake of the cyber attack, the Hollywood giant is in damage control. Every day facing new revelations, like the e-mail exchange between Sony Co-Chairman Amy Pascal and movie producer Scott Rudin reported by BuzzFeed. In it, racially-tinged speculation about President Obama's taste in movies. Today, Amy Pascal issued an apology saying in part, “the content of my emails to Scott were insensitive and inappropriate, but are not an accurate reflection of who I am.” Rudin apologized as well. “Private e-mails...written in haste...can result in offense where none was intended. I am deeply sorry.” Across Hollywood, emails are drying up and the phones are ringing again.

CNBC’s JULIA BOORSTIN: They know if there's anything sensitive or anything that they don't want to be read by the whole world, they're shifting those conversations to the phone.

GOSK: But this hack is not just email. Ed Lee is the managing editor of the tech website Re/Code, which partners with NBC News. They have access to the documents.

RE/CODE MANAGING EDITOR ED LEE: The hackers they claim that they’ve downloaded almost 100 terabytes of data. Reams and reams of it. 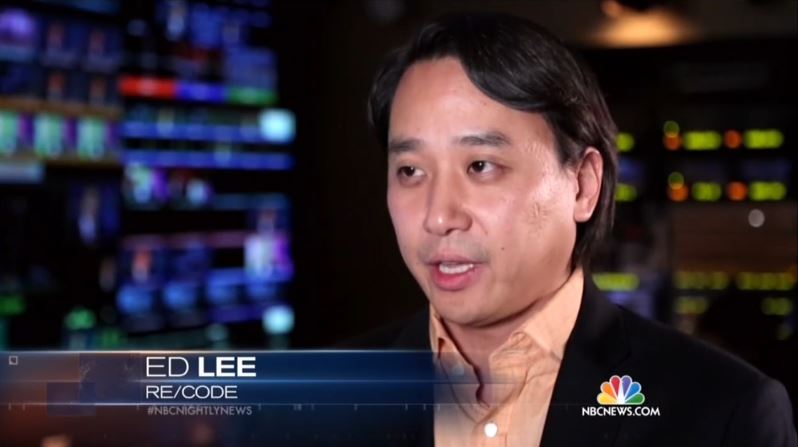 GOSK: 100 terabytes are equal to 100,000 gigabytes or roughly the amount of data that can be stored in 781 of the most expensive new iPhones. [TO LEE] It's kind of the Wikileaks of Hollywood right now, isn't it?

LEE: It's a little bit like that. Yes. The difference, though, however, is they are clearly out to damage Sony and it's going to hurt the company in ways we haven't seen yet.

GOSK: Whether it's a media giant or any other business, privacy is vital. Now, Sony Pictures and Hollywood itself are exposed. Stephanie Gosk, NBC News, New York.

The tease and news brief that aired on the CBS Evening News with Scott Pelley on December 11 can be found below. 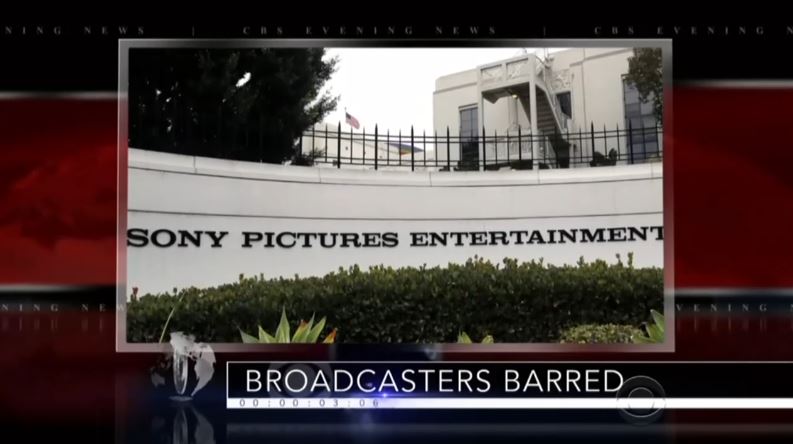 SCOTT PELLEY: In a moment, the interview with no questions allowed. 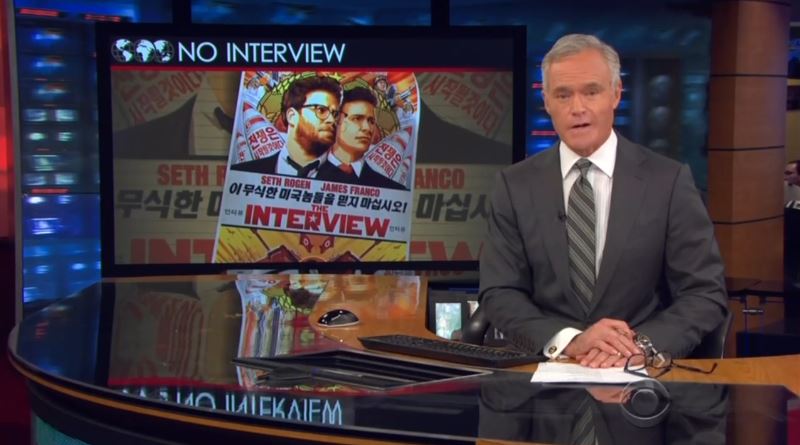 SCOTT PELLEY: There hasn't been a Hollywood premier quite like the one tonight for The Interview. No broadcast media and no interviews allowed. The film is a spoof about two journalists sent to assassinate North Korea's leader. Sony Pictures won't say why it's limiting press, but Sony was recently hit by a cyber attack in which embarrassing emails and sensitive documents were leaked.

The news brief on the walk-out and “die-in” from December 11's CBS Evening News with Scott Pelley is transcribed below. 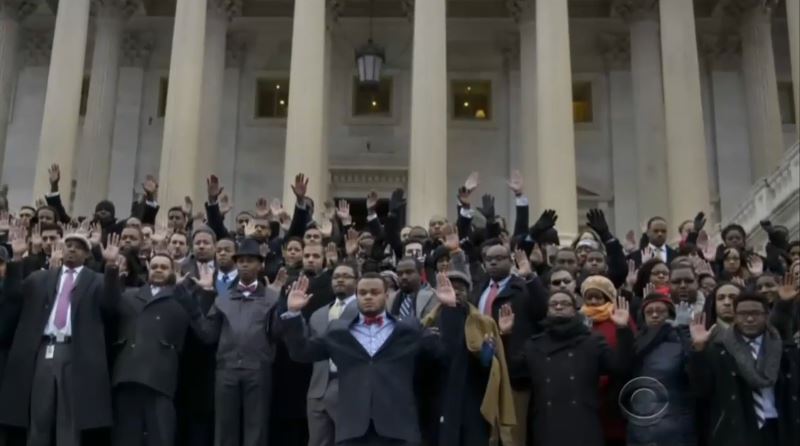 SCOTT PELLEY: Protests continue against excessive force by the police. In New York, Eric Garner's daughter staged a die-in on the spot where he was killed. In Washington, congressional staffers gathered on the southeast steps of the Capitol, and yesterday, medical students held a white coat die-in in Boston, Los Angeles and New Orleans.