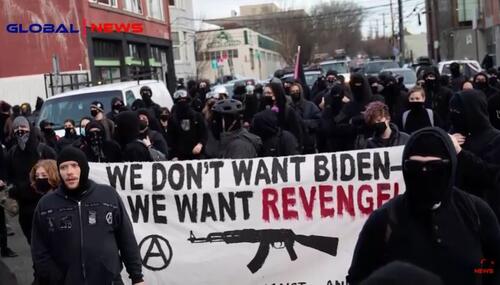 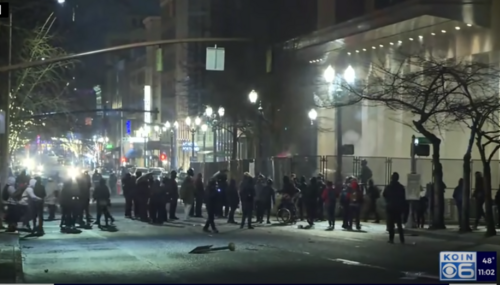 New York Times Seattle bureau chief Mike Baker went to Portland, Oregon and committed one of the few and far-between pieces of actual journalism from the long-standing riot area in that city, where left-wing radicals and anarchists have been granted free reign to pillage and vandalize in the name of anti-fascism. The rather slanted print headline on the front page of Wednesday’s… 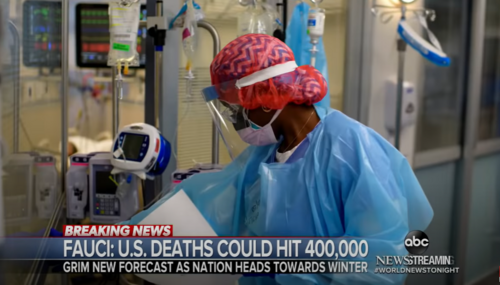 The New York Times offered a parting gift to Donald Trump by laying the 400,000 Covid-related deaths in America during 2020 at his feet (while sparing a single sentence to his Operation Warp Speed, which delivered vaccines in record time). Monday’s massive front-page story, “400,000 Deaths in a Year And Failure at Every Level,” was a comprehensive assault against Trump’s response to…

Radical Rev. Raphael Warnock is running against who the New York Times calls “strident Trump loyalist” Sen. Kelly Loeffler in one of two U.S. Senate runoffs that end Tuesday in Georgia. The Times has been feverishly promoting both Democratic runoff candidates (the other is Jon Ossoff), especially Warnock, while lobbing accusations at the Republicans. The pro-Democratic… 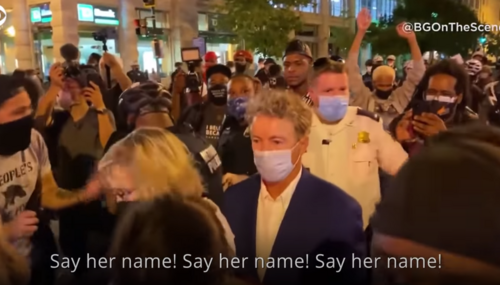 Coverage from the New York Times of the spate of left-wing rioting and attacks on conservatives remains stuck in denial mode, as unwittingly demonstrated in “Three Conspiracy Theories, Debunked." While purporting to knock Trump, the Times actually reveal their paper’s own galling dismissal of left-wing thuggery against conservatives like Sen. Rand Paul. 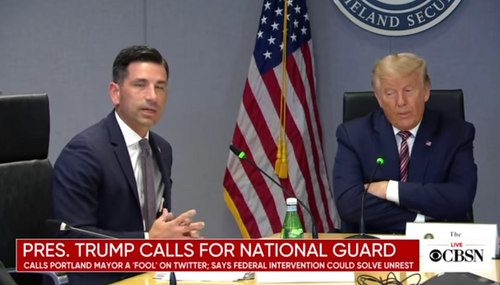 The media can no longer deny the continuous rioting in American cities every night by left-wing thugs. With Joe Biden at last weighing in, the story has become impossible to avoid, so the press is instead shamelessly pivoting, acknowledging the violence in the streets only to portraying President Trump as the instigator. Monday’s New York Times lead story appeared under slanted… 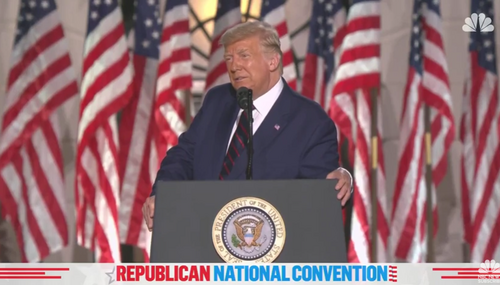 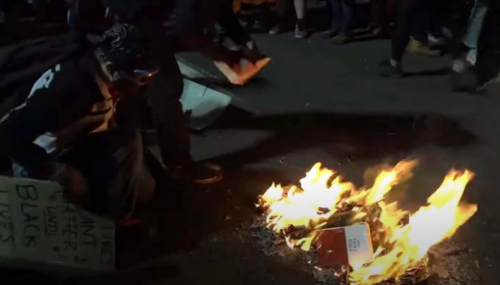 You have to hand it to the New York Times; they actually found a way to spin left-wing anarchists burning Bibles as “Russian disinformation,” all in one head-spinning headline to boot! 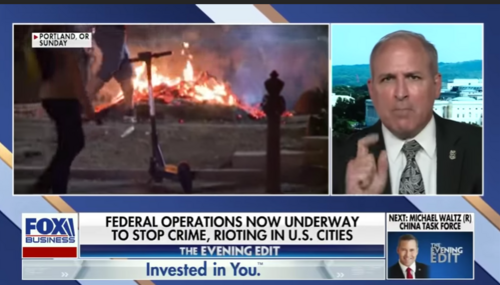 The New York Times devoted an entire print page on Thursday to the ongoing clashes between left-wing radicals and federal officers in Portland, under the rubric “‘Whose Streets? Our Streets.’” That headline is a chant from the Antifa anarchists occupying and setting fires in downtown Portland. It’s also a giveaway to which side the paper’s news staff is on. Mike Baker and Thomas… 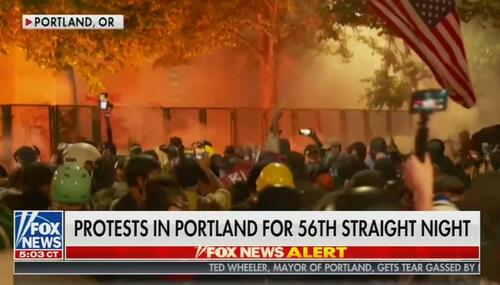 Pro-Antifa and pro-Portland mob New York Times reporter Mike Baker’s coverage of the violence by the Oregon anarchists made the front of Wednesday’s print edition: “Chaos Engulfs the Left, the Right and the Moms in the Middle.” Taking the side of the violence-prone radicals of Antifa, Baker forwarded their view that the federal response meant “fears about rising fascism in… 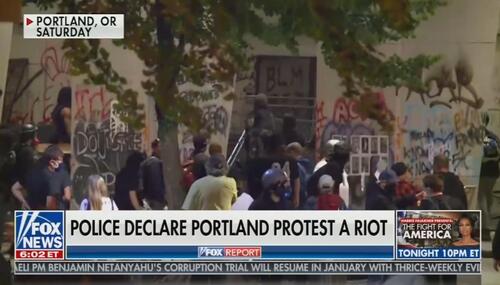 NYT Goes Wacko Over Fed Crackdown in Portland: ‘It Feels Like Fascism’

Portland, Oregon has endured criminal rioting, vandalism, and assaults in its downtown area for 50 days. Rioters have assaulted police officers with rocks, bottles, fireworks and eye-damaging lasers, and also spray-painted courthouses and other federal buildings -- to scant attention from the liberal press. Saturday’s New York Times lead story noted the crisis -- but only to fiercely… 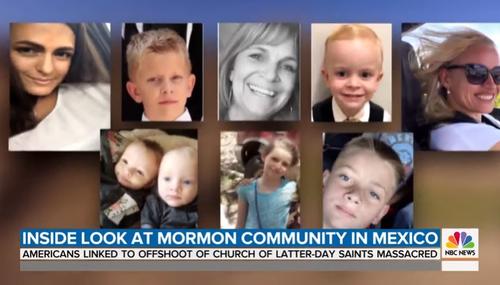 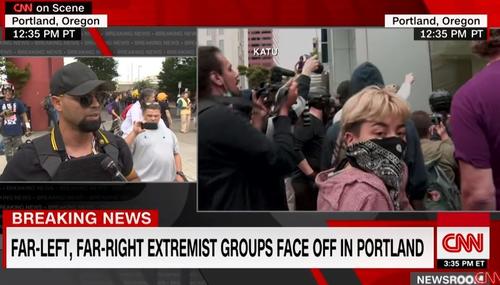 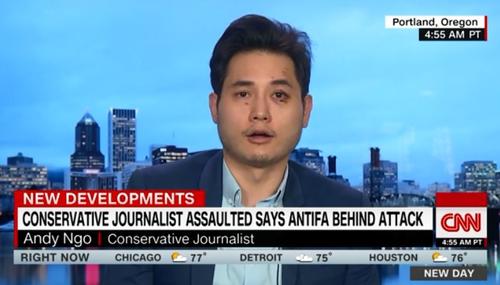 Clay Waters
July 3rd, 2019 8:02 AM
The brutal beating of conservative journalist Andy Ngo by Antifa thugs at a rally in Portland, Ore., was finally noticed Tuesday, only to be buried under distracting details about milkshakes and aspersions on Ngo's previous reporting. The paper’s headlines conveyed no specifics: “Police Tactics Questioned Amid Violence in Oregon,” by Times reporter Mike Baker. The online headline: “In Portland, a…