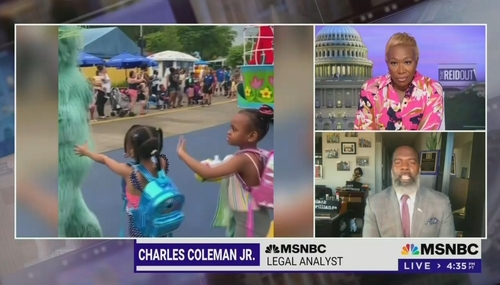 One of the stranger stories of late has been the apparent snubbing of two black children by someone dressed as the Sesame Street character Rosita at the children's theme park Sesame Place, which has turned into a controversy with allegations of racist behavior. An odd enough story on its own, MSNBC host Joy Reid made the story surrounding the incident even odder on Tuesday evening’s… 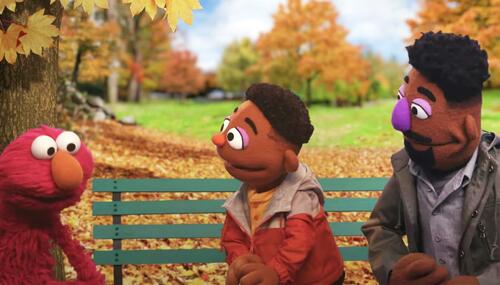 The famous children’s show Sesame Street is determined to talk about race whether we like it or not. Their latest terrible example is the introduction of two African-American Muppets to “educate children about race.” 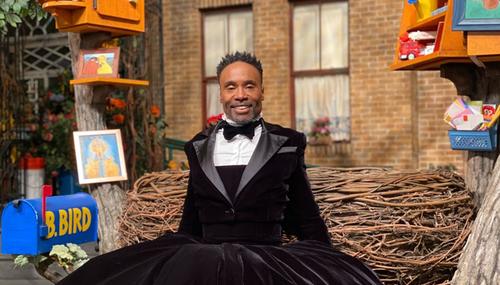 Culture
Elise Ehrhard
January 31st, 2020 7:00 AM
PBS once provided children with happy thoughts of a fatherly Mr. Roger's talking to us about our day or adorable Ernie singing about his rubber ducky on Sesame Street. But for the LGBTQ movement, children's programming is just another opportunity to teach kids all the ways that it is a homosexual/transgender day in the neighborhood. 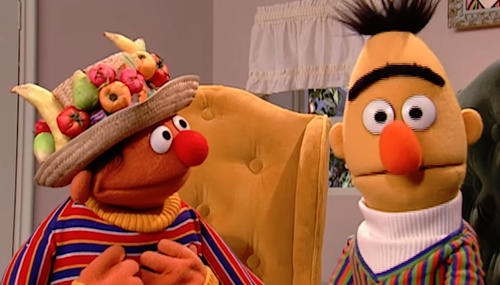 Culture
Gabriel Hays
September 18th, 2018 6:00 PM
Thought you knew Sesame Street stars, Bert and Ernie? Well think again. It turns out that everyone’s favorite Sesame Street duo have actually been gay lovers this whole time. In an interview with Queerty, Sesame Street writer Mark Saltzman claimed that he had always written them “as a loving couple.” 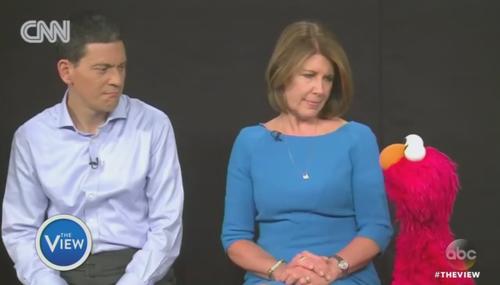 Kristine Marsh
June 29th, 2017 3:10 PM
Just days after the Supreme Court passed through a watered-down version of President Trump’s temporary “travel ban,” CNN put out a Facebook Live video with Elmo from Sesame Street talking about the plight of Syrian refugees. In the video, CNN journalists are shown sympathetically asking Elmo about his experience visiting a refugee camp in an obvious attempt to spin an anti-Trump message to kids.… 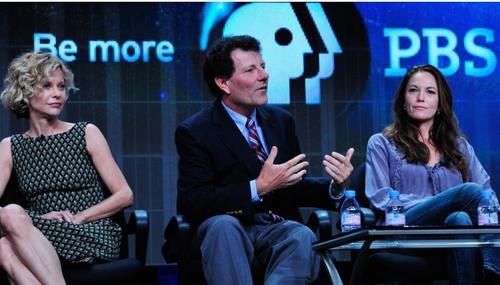 Clay Waters
March 31st, 2017 10:01 PM
New York Times columnist Nicholas Kristof on Thursday made a plea, as passionate as it was ignorantly soft-headed, for the continued funding by taxpayers of arts and humanities, because Trump: “President Trump vs. Big Bird.” Never mind Big Bird has gone to a private cable channel, HBO. Or that conservatives object less to children’s television as to the incessant liberal moralizing, on the… 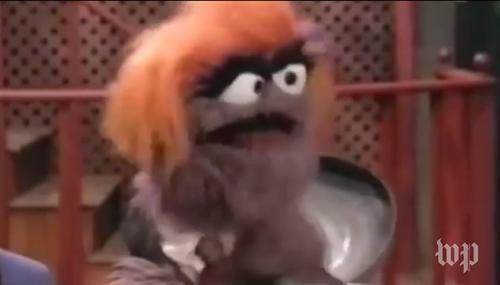 Nicholas Fondacaro
March 21st, 2017 12:44 AM
Following the release of President Donald Trump’s new federal budget last week, the liberal media was up in arms that Trump would dare to defund the Corporation for Public Broadcasting. On Sunday, a CNN anchor asked the MRC’s Dan Gainor if it was “conservative revenge.” But The Washington Post on Monday had an even more ridiculous explanation. “Trump wants to defund PBS. ‘Sesame Street’ brutally… 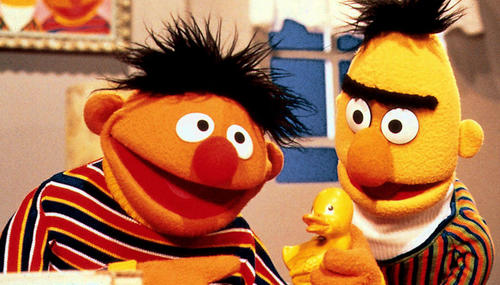 Gay Match Game: Bert and Ernie Caught 'Playing with Each Other'

Culture
Alexa Moutevelis
August 15th, 2016 1:56 AM
Poor Bert and Ernie just got called gay on national television! On tonight's edition of The Match Game on ABC, contestants were asked to fill in the following question: "'Sesame Street' is being rocked by a tabloid scandal. Instead of a rubber ducky, Bert and Ernie were photographed in the bathtub playing with BLANK." 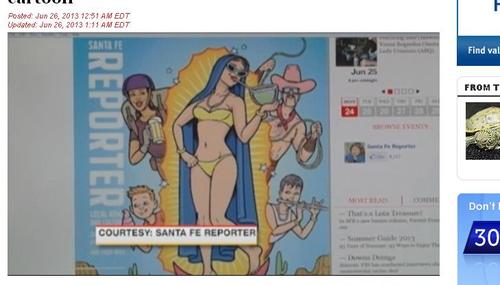 Katie Yoder
June 28th, 2013 12:05 PM
Is it “Sesame Street” or Castro Street? The New Yorker’s latest cover says it’s the latter.  To mark the Supreme Court’s recent rulings on DoMA and Prop 8, the July issue’s “Moment of Joy” cover featured Bert and Ernie snuggling on the couch – Bert with his arm wrapped around Ernie, and Ernie with his head on Bert’s shoulder. The two glued their eyes to a television screen picturing the nine… 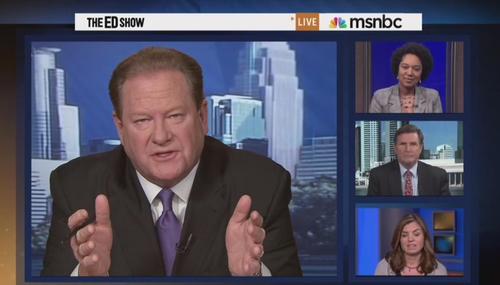 Tim Graham
June 17th, 2013 4:01 PM
It’s official: the Hollywood elite has zero moral authority in attacking sexual abuse of minors that occurred decades ago in the Catholic Church. This weekend, the voters of the Daytime Emmy awards granted three Emmys to Clash, including the trophy for Outstanding Performer In a Children’s Series to Kevin Clash, recently accused of serial sexual pursuit of teenaged boys. AP reported it, and… 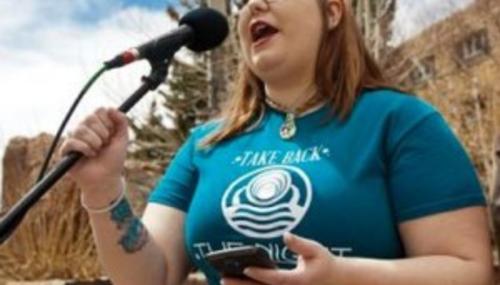 Ken Shepherd
May 2nd, 2013 12:45 PM
"When the Daytime Emmy nominees were unveiled Wednesday, some of the more interesting noms went unreported," the Washington Post's Lisa de Moraes noted in a blog post yesterday afternoon. Interesting is quite the euphemism in the case of nominee Kevin Clash. Clash, you may recall, is the Sesame Street puppeteer who resigned last November after allegations of a sexual relationship with a… 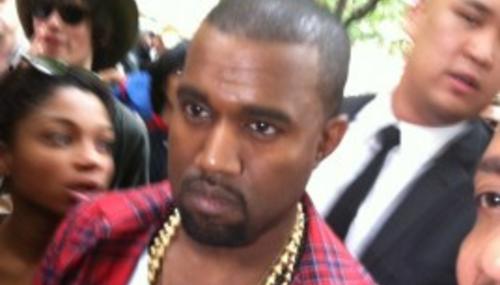 Tim Graham
December 6th, 2012 8:08 AM
TV Guide asks this question after the Kevin Clash sex scandal inside Sesame Street: "Is Elmo a No-Go?" They noticed that Hasbro's mid-November press release on its "must-have" toys only has a new "Flying Super Grover 2.0" doll, and no Elmo merchandise. "This motion-activated Super Grover 2.0 character comes to life when kids pick him up and 'fly' him around the room," Hasbro promised. "His… 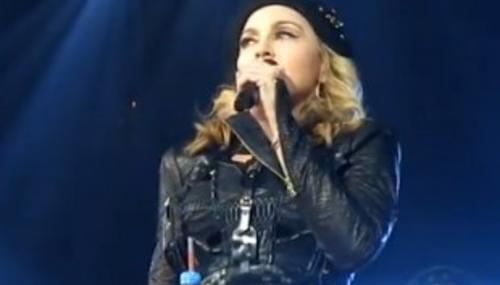 Tim Graham
November 14th, 2012 7:26 AM
Fox News reported the man who accused "Sesame Street" star puppeteer Kevin Clash "of having a sexual encounter with him when he was 16 has retracted his statements." “He wants it to be known that his sexual relationship with Mr. Clash was an adult consensual relationship,” the statement sent to Fox from his attorneys read. “He will have no further comment on the matter.” Over at Time.com,…