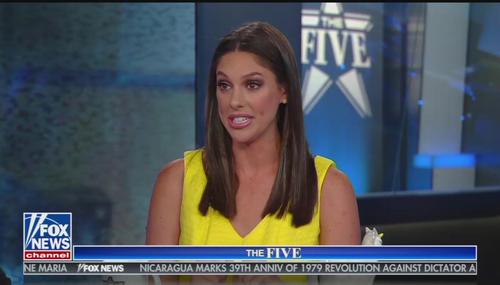 Kristine Marsh
July 24th, 2018 10:49 AM
After The View host Sara Haines announced on-air Monday that she was leaving the show to co-host the new third hour of ABC’s Good Morning America, rumors about who will replace her are flying. Reports are speculating that Fox and Friends’ weekend host Abby Huntsman is in talks with the network to fill her spot. 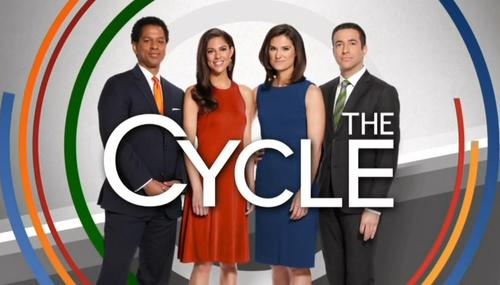 MSNBC Canceling The Cycle? Where Will 9/11 Truthers and Angry Libs Go?

Scott Whitlock
July 23rd, 2015 1:34 PM
According to multiple sources, MSNBC will soon announce the cancellation of The Cycle, its 3pm EDT show. A look back on the extremely low-rated program finds a mix of 9/11 truther conspiracy theories and confused/angry liberalism. Toure famously questioned whether the 9/11 terror attacks could have been an inside job. One entry on Twitter: "How could a plane crash into the Pentagon? And not… 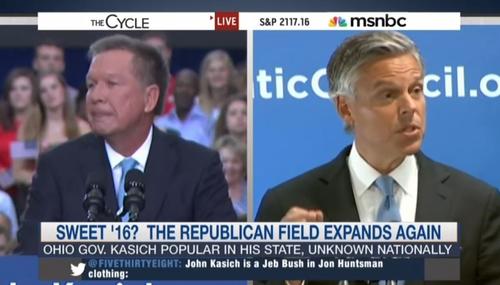 Scott Whitlock
July 21st, 2015 4:20 PM
The hosts and journalists of MSNBC seem to have found a new Republican favorite, one in the mold of 2012 moderate Jon Huntsman. Daughter Abby Huntsman, a co-host on The Cycle, lamented presidential primary politics, sneering, "You have got to be an entertainer. You've got to feed the far-right what they want." Huntsman described the process, "You've got to sometimes say things you don't always… 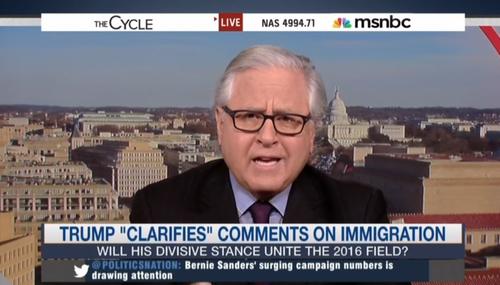 Scott Whitlock
July 7th, 2015 4:27 PM
Veteran journalist Howard Fineman on Tuesday smeared conservatives primary voters, saying that Donald Trump's comments on immigration indicate "xenophobia" "sells in New Hampshire and Iowa." Appearing on The Cycle to discusses the rise of Trump, co-host Krystal Ball wondered what "it says about the Republican Party that this guy seems to have momentum?" Fineman, a former editor of Newsweek who is… 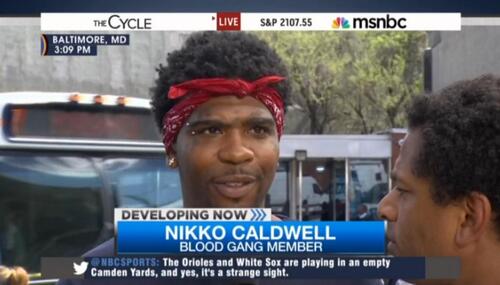 Gangbanger to Toure: We Made Ties with 'Political Officials' in B'more

Ken Shepherd
April 29th, 2015 5:04 PM
Bloods member Nikko Caldwell insisted in an interview with MSNBC's Toure that the gang's truce with their rivals the Crips would continue indefinitely because they have made the right ties with certain "political officials" in the city. The Cycle co-host completely dropped the ball after such a shocking admission, however, when he failed to ask Caldwell to name names. 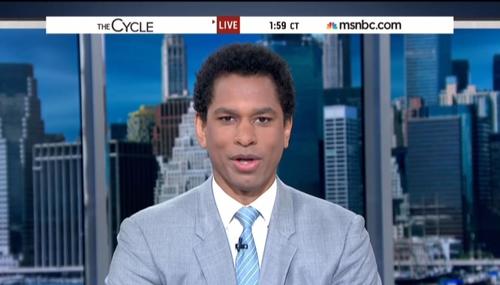 Jeffrey Meyer
April 22nd, 2015 8:18 AM
According to the National Review, MSNBC’s Touré Neblett, who serves as co-host of The Cycle, reportedly owes more than $59,000 in back taxes. 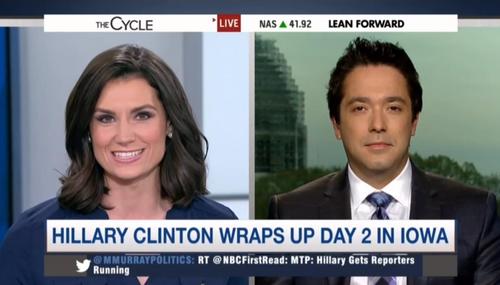 Ken Shepherd
April 15th, 2015 5:28 PM
Krystal Ball is not too keen on Hillary Clinton's campaign shtick. In a segment discussing the former secretary of state's carefully-staged campaign swings in Iowa, The Cycle co-host and former Virginia congressional candidate confessed Hillary's campaign rollout isn't doing much for her, and, she suspects, that's probably true of how it's being received by most voters.

Jeffrey Meyer
February 2nd, 2015 4:06 PM
On Monday, President Obama released his 2016 budget, which calls for increased spending and raising taxes, and on MSNBC’s The Cycle, so-called conservative co-host Abby Huntsman did her best to scold the GOP for opposing the tax-and-spend Obama budget. Speaking to Lauren Fox of National Journal, Huntsman proclaimed that Republicans’ “big thing is we’ve got to cut spending, this is not something… 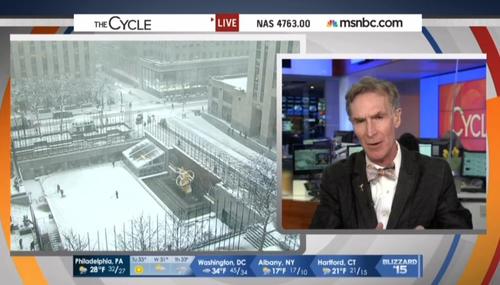 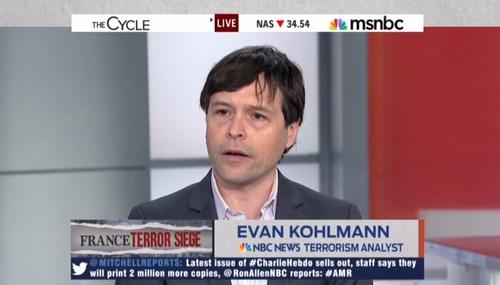 NBC Terrorism Expert: ‘We Have to Put Ourselves in the Eyes’ of Terror

Curtis Houck
January 15th, 2015 5:46 PM
On Wednesday’s edition of The Cycle on MSNBC, NBC News terrorism expert Evan Kohlmann was at it again, telling the hosts that we, as Americans, must “put ourselves in the eyes” of Islamic terrorists considering “there wouldn't be violent attacks but there would be an uproar” and “anger” among Christians if Muslims burned crosses or trampled “Christian artifacts.” 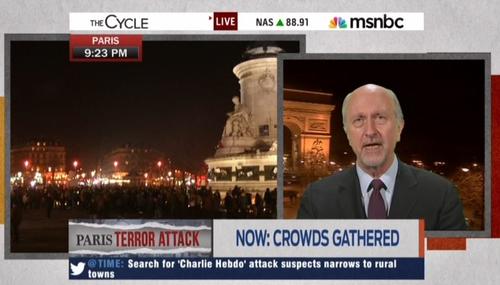 Scott Whitlock
January 8th, 2015 5:06 PM
For the second time in 24 hours, MSNBC featured former Newsweek columnist Christopher Dickey to worry about how the "far-right" will exploit the terrorist shooting in France. 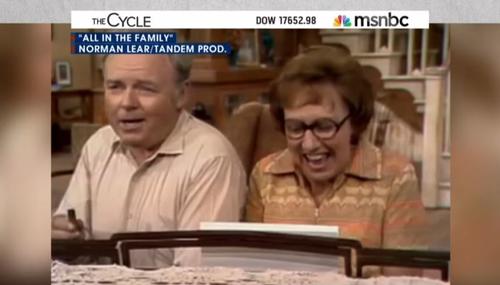 Scott Whitlock
November 17th, 2014 5:02 PM
According to a MSNBC host, the racist outbursts of the character Archie Bunker can be felt in opposition to the President's amnesty plan. Ninety two year-old producer Norman Lear appeared on Monday's edition of The Cycle and journalist Blake Zeff sneered, "I think Archie Bunker still resonates today because you still have people in America who think the way Archie did."