MSNBC Canceling The Cycle? Where Will 9/11 Truthers and Angry Lib Hosts Go? 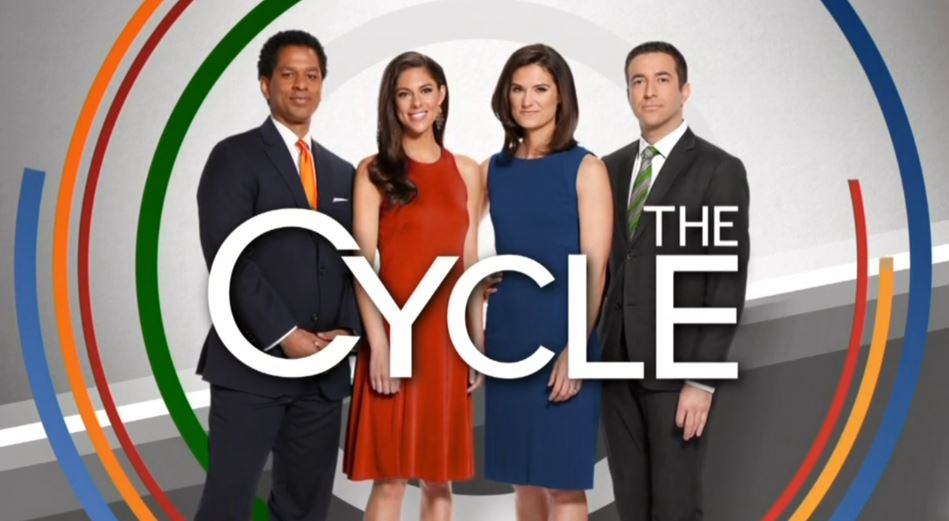 According to multiple sources, MSNBC will soon announce the cancellation of The Cycle, its 3pm show. A look back at the hosts of the extremely low-rated program finds a mix of 9/11 truther conspiracy theories and confused/angry liberalism. What will happen to Toure, Abby Huntsman, Krystal Ball and Ari Melber?

Toure famously questioned whether the September 11th 2001 terror attacks could have been an inside job. One entry on Twitter reads: "How could a plane crash into the Pentagon? And not appear on video cameras?? And leave little wreckage??? #Don'tbuyitfiremenow." Another tweet features a paranoid video claiming that the Pentagon was hit by a missile: "This fascinating video raises questions about the Pentagon attack: 757 or missle [sic]." 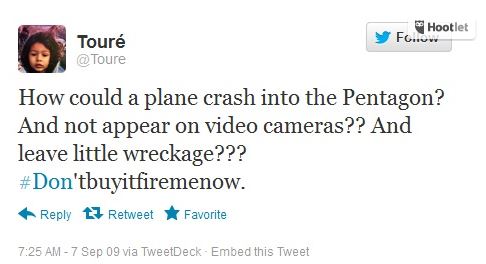 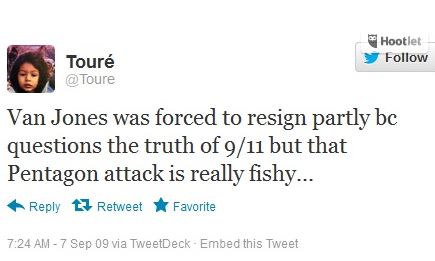 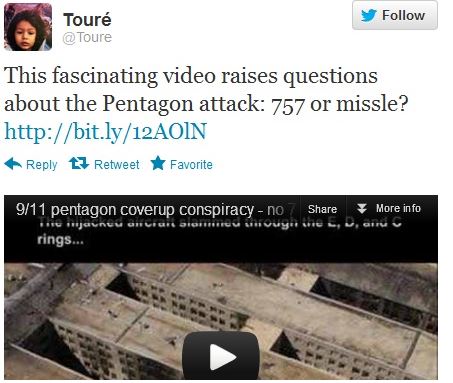 Co-anchor Krystal Ball will also be missed. On April 29, 2014, she told viewers that George Orwell's Animal Farm was a condemnation of corporate greed:

KRYSTAL BALL: Animal Farm. Hmm -- isn't that Orwell's political parable of farm animals where a bunch of pigs hog up all the economic resources, tell the other animals they need all the food because they're the makers and then scare up the prospect of a phony bogeyman every time their greed is challenged? Sounds familiar. Hey conservatives -- it's time to stop the childish Cold War name calling and deal with facts. Either that or be relegated to the kids' and the crazy uncle table at holiday dinners.

Of course, the classic book was actually a satire of communism. On another occasion, in May of 2014, Ball denounced the Tea Party as full of "hatred" and "delusion." Its members, she insisted, are "morally and intellectually bankrupt."

Co-anchor Abby Huntsman is the daughter of moderate 2012 Republican presidential candidate Jon Huntsman. Mrs. Huntsman spends much of her time on the program praising moderate-to-liberal Republicans.

According to Dylan Byers at Politico, "Between the hours of 12 p.m. and 4 p.m. on Monday, for instance, more people were watching Al Jazeera America than MSNBC's Andrea Mitchell, Thomas Roberts and 'The Cycle.'" One wonders what MSNBC will try next.