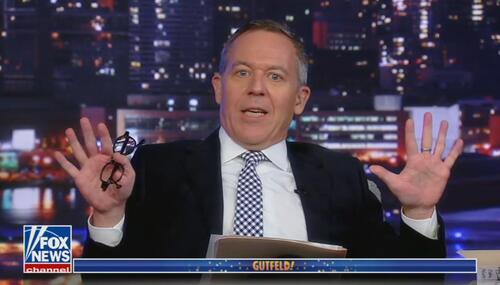 Gutfeld on the Latest Poll: Media 'Slightly More Popular' Than an STD

At the top of Thursday's top rated Gutfeld! on Fox News, host Greg Gutfeld had a little fun with the latest Gallup poll on confidence in the press. The numbers weren't good.

On Sunday’s Reliable Sources, CNN charlatan Brian Stelter and longtime liberal media defender Bill Carter went to bay for the far-left tilt of network comedy shows while attacking right-leaning comedy as one of radicalization and vindictiveness. In reality, the ratings have shown otherwise with FNC’s Gutfeld! fetching monster ratings that rivaled those on the broadcast… 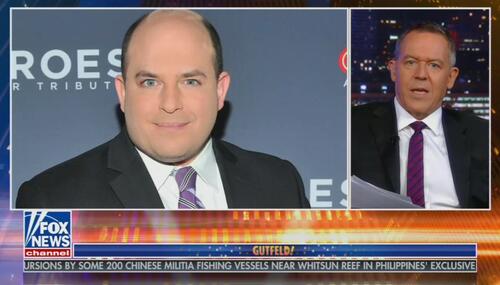 Kicking off week two of his weekday show on Monday, Fox News Channel host Greg Gutfeld blasted CNN as hellbent on “elevat[ing]...heart rates by making people hate each other” with their latest virtue-signaling charade coming in the form of Brian Stelter attacking Fox hosts for not posting selfies when getting the coronavirus vaccine. 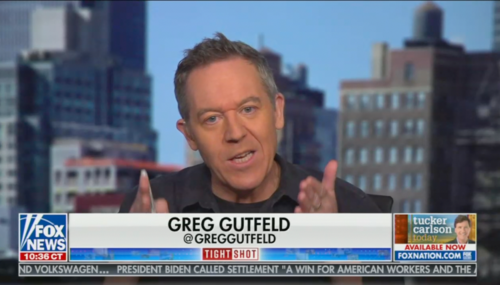 FNC host Greg Gutfeld savaged the media for their sick obsession with President Trump while guest on MediaBuzz, today.

On Wednesday night's edition of The Five on Fox News Channel, co-host Greg Gutfeld took after the media elites with a typical glint in his eye. After playing a clip of Tony Bobulinski telling Tucker Carlson that it's a "blatant lie" for Joe Biden to claim he didn't talk to Hunter Biden about his business dealings, Gutfeld proclaimed with six days left in the campaign, "the chattering…

As summer began to slowly wind down last month, the Fox News Channel continued its streak of attracting the highest August primetime ratings in the network’s history while surpassing all broadcast and cable news networks in total viewers. Two reasons for the boost were the Fox News Channel's four-day average viewership for the Republican National Convention and record… 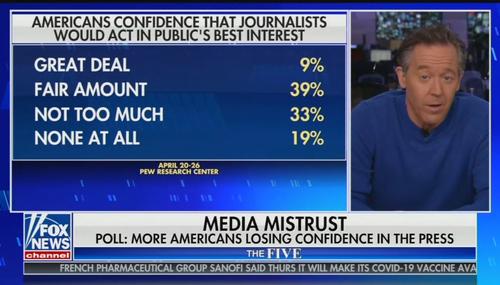 Ryan Foley
May 15th, 2020 4:05 PM
Fox News host Greg Gutfeld delivered a scathing monologue on media mistrust during Thursday’s edition of The Five. He spoke about “a new poll about the reliability of journalists” that “comes from Pew, which makes sense because it stinks for the press.” After illustrating the reasons why the American public does not trust the media, Gutfeld described the media as… 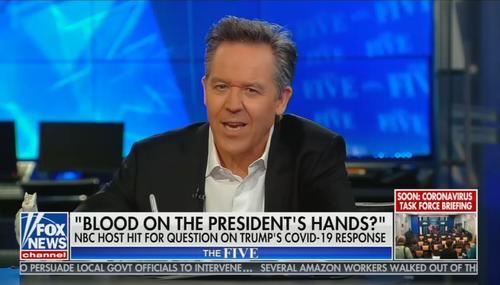 Curtis Houck
March 31st, 2020 10:41 PM
Along with Stephen L. Miller (@redsteeze), there’s perhaps no one more capable of eviscerating the liberal media’s partisan dishonesty with a sense of humor than Fox News Channel host Greg Gutfeld. Between monologues on his eponymous Saturday night show and Tuesday’s The Five, Gutfeld derided the media firefighters as “dumbbells….who [view] themselves as the…

Curtis Houck
February 13th, 2020 9:59 PM
Our friends at Grabien flagged down a funny exchange on Thursday’s The Five as FNC co-host Greg Gutfeld lampooned both the biased jury foreman in the Roger Stone case and CNN’s breathless coverage of it as “another episode of WTW, you know Worse Than Watergate” that’s no more than a “pit crew trying to resuscitate an unconscious poodle called impeachment.…