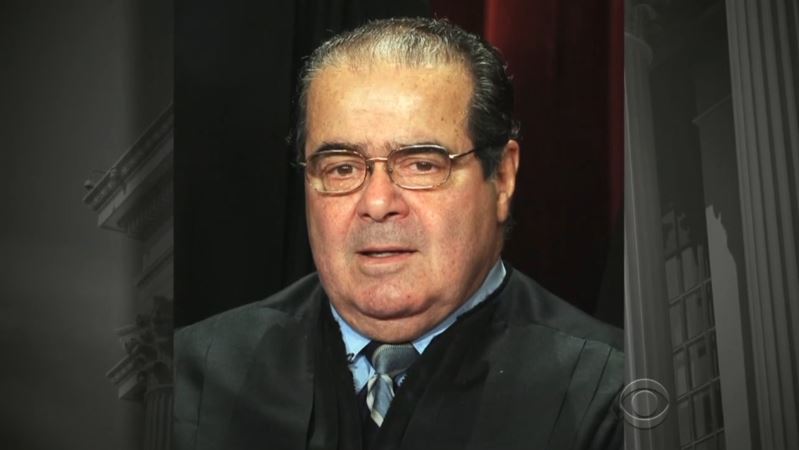 Over the past few days, a great many left-wing commentators have weighed in on Antonin Scalia-related issues, especially Scalia’s judicial legacy and Republicans’ refusal to consider anyone President Obama might nominate to fill the vacancy on the Supreme Court. Highlights:

-- Heather Digby Parton of Salon alleged that in late 2000, Scalia besmirched the “integrity of our institutions” in order to advance right-wing interests. Since he was “very smart,” Parton remarked, “he had to know that [Bush v. Gore] would be one of the main decisions for which he was remembered. His willingness to risk his reputation by writing that ridiculous rationale for a nakedly partisan outcome served as an example to conservatives everywhere: Win by any means necessary.”

-- Slate’s Dahlia Lithwick paid tribute to Scalia’s exceptional rhetorical talent, but asserted, “Sometimes it seemed he worked overtime to earn your hate. He gloried in it. He wrote cruel, demeaning things about whole groups of Americans.” Lithwick mused that with Scalia's death, the SCOTUS has “lost its cartoon supervillain…In some ways he prefigured the 2016 election, with all of its finger-pointing, rage, and quick-on-the-trigger sound bites. Still, I fear that the court will be a less vivid, less passionate place in his absence, even as some of the most hateful of the court’s views will now perhaps be moderated.”

-- Conversely, David Atkins of The Washington Monthly didn’t give Scalia credit for verbal flair, sniping, “Particularly toward the end of his career he simply became a reliable tool of retrograde social conservative orthodoxy and corporate power…Scalia simply became as boring as your conservative uncle at Thanksgiving.”

As for why Republicans vow that any SCOTUS nomination while Obama is in the White House would be a non-starter, Salon’s Amanda Marcotte claimed that “everyone knows the real reason is the conservative base has never accepted that a black Democrat could be a legitimately elected President.” But, opined Marcotte, Obama’s party will benefit from bad GOP behavior: “Every day this drags out, the news will be a glorious reminder to the voters that the Republicans are such babies that they shouldn’t be trusted to run a small town McDonald’s franchise, much less be given so much power in the U.S. government.”

Republicans…are directly challenging [Obama’s] legitimacy to nominate anyone. That goes to the heart of a case they have been making for seven years now (starting with the whole “birther movement”). It is what Doug Muder referred to as the Confederate worldview.

The essence of the Confederate worldview is that the democratic process cannot legitimately change the established social order, and so all forms of legal and illegal resistance are justified when it tries…

The Confederate sees a divinely ordained way things are supposed to be, and defends it at all costs…

Finally, Charles Pierce of Esquire argued semi-seriously that when Obama picks a nominee, he should go for maximum provocation (bolding added):

If the Republicans are going to invent a new constitutional tradition on the fly, I say the Republic is best served by making them choke on it. Already, Steve M. is pointing out the shitstorm that would break if the president were to nominate Attorney General Loretta Lynch…Let me suggest a name as well.

Professor Hill is a widely respected scholar of the law. She would be a fine addition to any court in the land. Also, she would make the Republicans eat their own faces, one at a time. Imagine the hearings. The Republicans would have no choice but to bring up the whole Clarence Thomas matter again. Although perhaps, this time, the other women who allegedly were harassed by Mr. Justice Thomas would not be intimidated out of testifying, and the Democratic senators would not be intimidated out of calling them…

Look. We're all kidding ourselves anyway.

The Republicans likely aren't even going to give the president's nominee a committee hearing, let alone a confirmation vote…We might as well have some fun with this disgracefully futile exercise in allegedly constitutional government.