FLASHBACK: The Media Feared for the Welfare of ‘The American Taliban’ 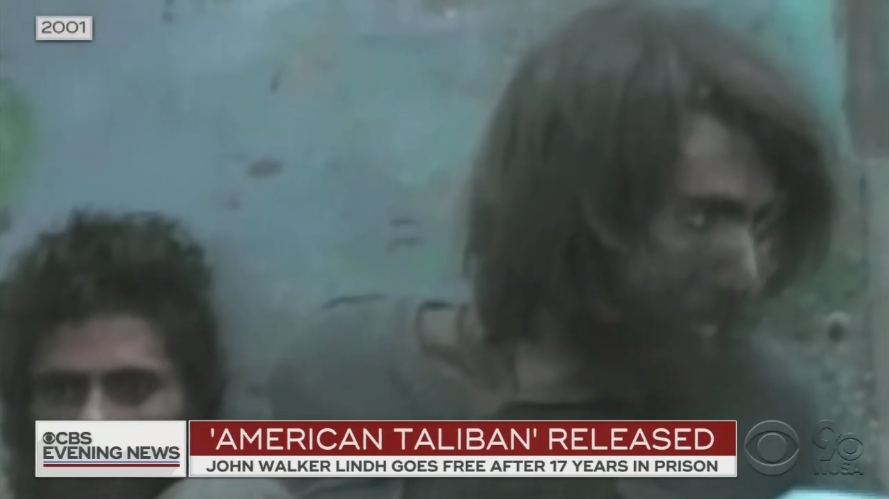 John Walker Lindh, “The American Taliban” was released from prison three years early for “good behavior” Thursday, despite evidence that he still clung to his jihadist ways. When news of his imminent release broke earlier in the week, the liberal media rightly condemned it. But a peek into the Media Research Center’s vast archives showed that the media was overly concerned for his well-being at the hands of the George W. Bush administration.

During the Thursday edition of ABC’s World News Tonight, correspondent Whit Johnson noted that Lindh was “the Californian who converted to Islam, captured in Afghanistan just weeks after 9/11.” He added: “Controversy growing after government reports found that Lindh ‘continued to advocate for global jihad’ and ‘made pro-ISIS statements’ behind bars.”

But back in December 2001, ABC’s Terry Moran, who’s now the senior national correspondent, badgered then-White House Press Secretary Ari Fleischer on Lindh’s access to a lawyer. “John Walker's now been in custody, in U.S. custody, for more than a week and interrogated pretty regularly. As an American citizen, he has a constitutional right -- in that he's facing very serious criminal charges -- to talk to a lawyer. He hasn't. Why not,” he demanded to know.

Moran was fearful that this was an “indication of the kind of due process that people caught up in these terrorist investigations” were going to face. “Caught up” in terrorist activists? The man joined the terrorist group BEFORE 9/11.

During the CBS Evening News, chief Justice and Homeland Security correspondent Jeff Pegues played a soundbite of Allison Spann, the daughter of the CIA officer who apprehended Lindh in 2001, who decried his release, saying: “We still feel that he is radicalized and that releasing him into our public is a danger to everybody.”

Yet, in late January 2002, CBS spoke with Canadian writer Robert Young Pelton who argued that Lindh should have been doing poetry readings instead of serving jail time: “I've met many fighters in many different wars and the thing that strikes me is there's a certain coldness and a certain attitude they have. This guy struck me as a guy who should be going to poetry readings.”

Outside of the broadcast networks at the time, Helen Thomas of Hearst Newspapers pressed Fleischer in December 2001 about how Lindh would be transported back to the U.S. and if it would be humane. “Are we so primitive that we would ship this man in a box, deny him legal rights, deny him the right to see a lawyer, deny him the right to see his parents? I mean, is that America,” she chided before further suggesting the Bush administration was violating the Constitution.

Also in late January 2002, Keith Olbermann was off the rails, suggesting that those criticizing the lawyers who represented Lindh and other terrorists were a greater threat than the terrorists themselves. The then-CNN host even went so far as to suggest the U.S. was detaining terrorists the same way FDR interred Japanese-Americans (click “expand”):

[I]n the '50s we had a blacklist against many on the left politically. In the '40s, we had Americans of Japanese descent interned at race tracks in California. In the '20s, we had the Palmer Raids. You can go all the way back to the Alien and Sedition Act in 1800. Are you worried that we might be entering that kind of period of time again in the case of Walker Lindh and the case of the detainees in Guantanamo Bay, even the ones in American jails of Arab descent, at this moment?