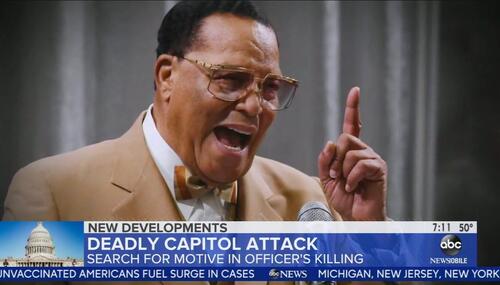 The media quickly lose interest in investigating the motives of murderers if they don’t happen to be right-wing white guys. Last Friday afternoon, a black man who called himself a follower of Nation of Islam leader Louis Farrakhan, rammed his car into the Capitol building barricades, killing one police officer and injuring another. But on this morning’s broadcasts, both NBC and CBS completely… 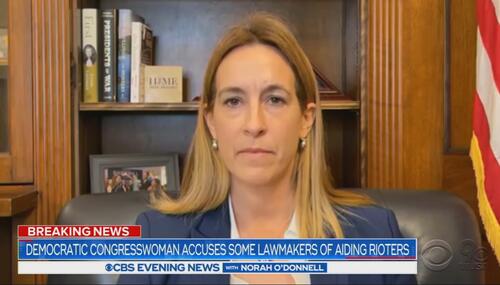 With absolutely ZERO evidence to back up the assertion, CBS Evening News spent part of Wednesday’s newscast giving oxygen to a conspiracy theory spawned from a Democratic congresswoman, claiming Republican members of Congress were in league with the insurrectionists and intentionally gave them “reconnaissance” assistance. The network even brought on a former U.S. attorney to call them…

Over the next few weeks when the liberal media insist you’d be anywhere from a selfish prick to a murder if you choose to celebrate Christmas, Hanukkah, New Year’s Eve, and/or Thanksgiving with your families, keep these quotes in mind. ABC and CBS provided extensive coverage Saturday night of the Biden-Harris victory celebration and speeches from both candidates after news networks declared… 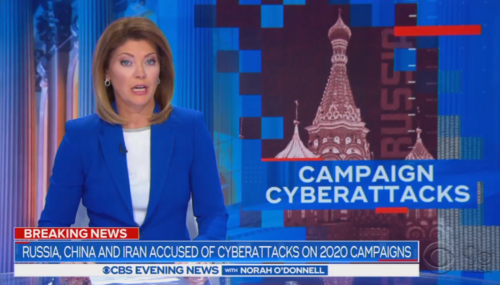 In a stunning example of journalistic malpractice Thursday, CBS Evening News anchor Norah O’Donnell and chief Homeland Security correspondent Jeff Pegues shared a “new” warning from Microsoft about counties such as Russia, China, and Iran launching cyber-attacks on both presidential campaigns. The problem? These same two spent part of their Wednesday evening newscast being appalled by… 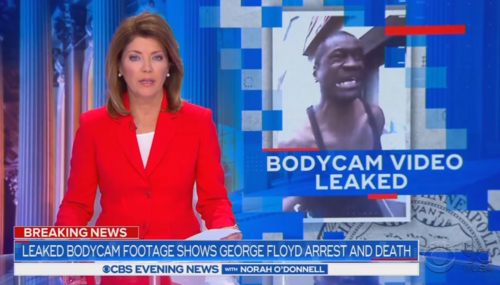 Monday was the first chance the liberal broadcast networks had at giving their viewers a fuller understanding of the day George Floyd was killed by a Minneapolis police officer as two body camera videos were leaked to the U.K.'s Daily Mail. The videos show officers struggling to get Floyd into the cop car with an officer telling him to “stop resisting” at one point. ABC’s … 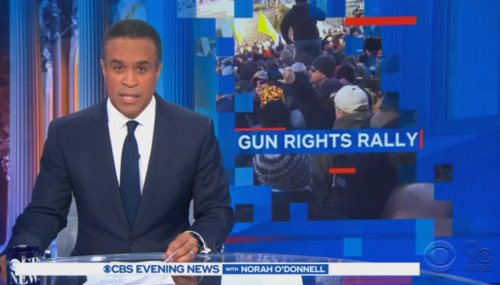 Nicholas Fondacaro
January 20th, 2020 8:49 PM
Since there was no violence what so ever at the gun rights rally in Richmond, Virginia on Monday, CBS Evening News apparently decided to make-up some fake news and claim there was. As fill-in anchor Maurice DuBois began discussing the event, he falsely claimed there was “more than a week” of “violence” leading up to the rally. But back in reality, there wasn’t. 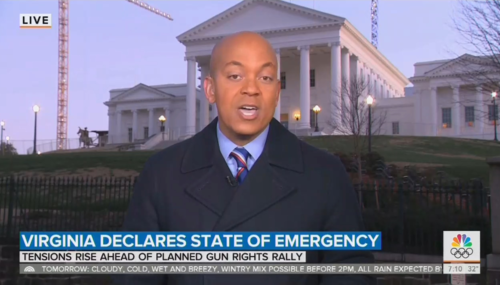 On Thursday and Friday, all three broadcast networks eagerly joined Virginia Democrats in attempting to smear gun rights advocates in the commonwealth as violent, racist terrorists who were plotting “a rerun of the deadly Charlottesville protests.” Reporters seized on Governor Ralph Northam declaring a “state of emergency” ahead of a pro-Second Amendment rally at the statehouse in Richmond.… 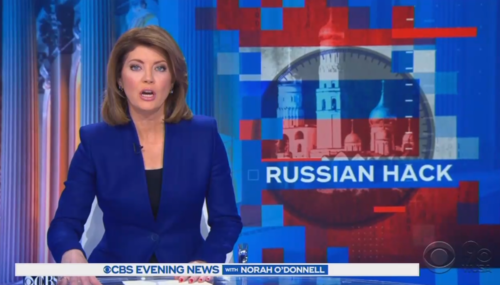 Nicholas Fondacaro
January 14th, 2020 8:59 PM
Despite the fact, there was no evidence that Russian meddling in the 2016 election had any influence on the result, the evening newscasts of ABC, CBS, and NBC warned they were at it again with a hack of the Ukrainian energy company that hired Hunter Biden. In the course of their fear-mongering reports, the networks suggested Russia was working on behalf of Trump, was the reason he got elected,… 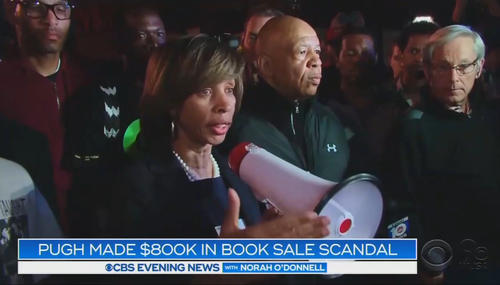 Curtis Houck
November 20th, 2019 9:22 PM
On Wednesday, former Baltimore Mayor Catherine Pugh (D) was indicted on 11 counts of fraud and tax invasion concerning her Healthy Holly book series that had forced her out of office on May 2. If convicted on all counts, she could face 175 years in jail. And while ABC’s World News Tonight and NBC Nightly News didn’t believe it was worth informing the public about, the CBS Evening News… 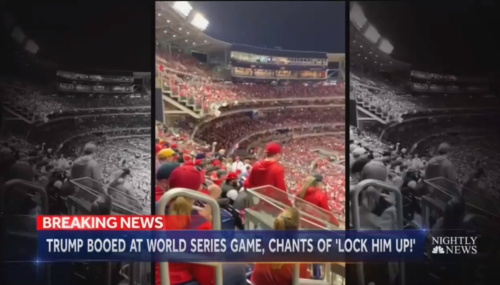 Nicholas Fondacaro
October 28th, 2019 9:08 PM
The same liberal media that were appalled by chants of “lock her up” against Hillary Clinton and treated any protest of President Obama like a Klan rally, applauded crowds of bitter liberals chanting “lock him up” during President Trump’s recent public appearances. During both their morning and evening newscasts on Monday, CBS News and NBC News touted crowds that… 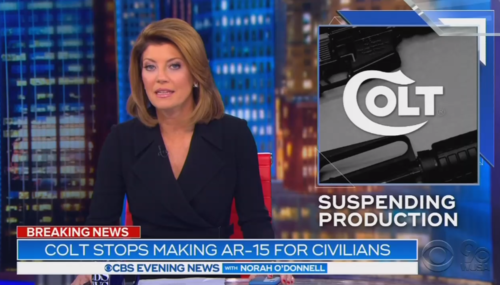 Nicholas Fondacaro
September 19th, 2019 8:58 PM
Recently, firearms manufacture Colt declared that they will be suspending consumer sales of their classic AR-15 rifle citing “significant” competition in the modern sporting rifle market. Of course, once the liberal media learned of this, they took a victory lap of sorts on Thursday. Both ABC and CBS highlighted Colt’s decision, with the former seemingly making up a quote from…