Terrorists Kill Nuns at Nursing Home in Yemen; Networks Out To Lunch 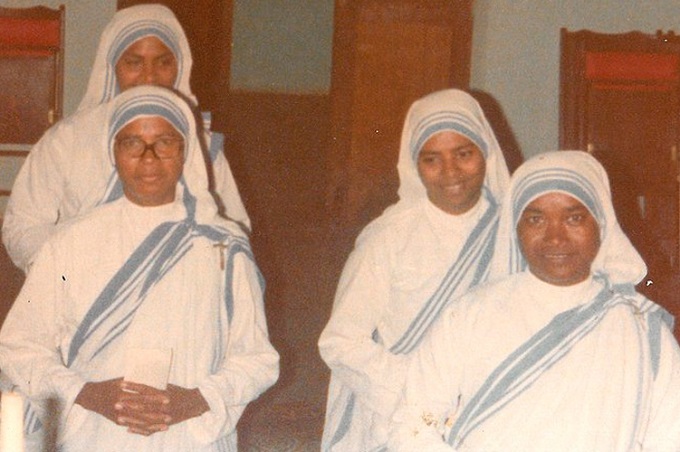 As of Tuesday morning, ABC, CBS, and NBC's morning and evening newscasts have yet to cover the attack by suspected ISIS gunmen in Aden, Yemen on Friday which left 16 people dead — including four nuns of Mother Teresa's order — at a nursing home. According to a Friday article by the New York Times, the deceased Nobel Peace Prize winner founded the home, which was "one of several care facilities in Yemen established by Mother Teresa beginning in the 1970s."

Correspondent Hakim Almasmari, who is based out of Sanaa, Yemen, filed a report on the terrorist attack on Sunday's CNN Newsroom. Almasmari pointed out that the nuns "were loved by almost all of the people of Aden for helping those people...even al Qaeda — AQAP — condemned...the attack on these nuns and civilians in this nursing home." He also noted that "it's not the first time attacks happened against Christians. This happened many years back in the early '90s in the port city of Hudaydah." [video below]

Almasmari later cited the governor of Aden, who asserted that the attack "holds the hallmarks of ISIS in Aden...ISIS has strong presence in Aden, where this attack took place. Dozens of checkpoints are currently under ISIS control." The Friday report from the New York Times, by correspondents Saeed Al-Batati and Kareem Fahim, outlined that "local armed groups have been competing for power and Sunni extremists belonging to the Islamic State and Al Qaeda have carved out a presence, punctuated by assassinations and larger-scale deadly attacks."

A Sunday item from Reuters revealed that a Catholic priest was kidnapped during the same raid on the nursing home: "Indian Foreign Minister Sushma Swaraj said on Twitter that an Indian national identified as Father Tom Uzhunnalil had been 'abducted by terrorists in Yemen'....Officials in the southern Yemeni city of Aden confirmed that the priest had been kidnapped and said authorities were investigating the attack."

The Reuters report also reported that "Pope Francis condemned the attack and the 'indifference' of the world's reaction to it....[The Pope] called the nuns 'today's martyrs' because they were both victims of their killers and of global indifference. 'They do not make the front pages of the newspapers, they do not make the news. They have given their blood for the Church,' he said in his Sunday message to thousands of people in St. Peter's Square."

Elise Harris and Alan Holdren gave the names of the four sisters in their Sunday article for the Catholic News Agency: "Four of the victims were sisters of the Missionaries of Charity, the community founded by Blessed Mother Teresa. They have been identified by the Apostolic Vicariate of Southern Arabia as Sr. Anselm from India, Sr. Margherite from Rwanda, Sr. Reginette from Rwanda, and Sr. Judith from Kenya."

The transcript of the relevant portion of Hakim Almasmari's report from the March 6, 2016 edition of CNN Newsroom:

GEORGE HOWELL: The Vatican says 16 people — including four nuns — were killed when gunmen stormed an elderly home in the port city of Aden. Officials say the killers bursts into the facility; then, went room to room — handcuffing victims, before then shooting all 16 in the head. The Pope quickly rebuked the attack as — quote 'senseless and diabolical.'

Let's go live to Yemen. Journalist Hakim Almasmari joins us with the very latest on this situation. Hakim, good to have you with us. If you could just tell us what happened here — what more do we know about this attack?

HAKIM ALMASMARI: Unexpected, tragic — especially for nuns at a nursing home — who have been living in Yemen for many years, and have been helping the Yemenis for many years, and were loved by almost all of the people of Aden for helping those people. This attack was so tragic as back — even al Qaeda — AQAP — condemned the death — or the attack on these nuns and civilians in this nursing home.

It's not the first time attacks happened against Christians. This happened many years back in the early '90s in the port city of Hudaydah. But over the last 20 years — this is the first time. There are numerous other nursing homes run by Christian nuns around Yemen, and all of them are safe.

Now this, according to the governor of Aden, holds the hallmarks of ISIS in Aden. This is not a secret that ISIS has strong presence in Aden, where this attack took place. Dozens of checkpoints are currently under ISIS control in Aden. So, this is the result of chaos that has been the result of 11 months of Saudi-led war that has caused complete political turmoil in the country.