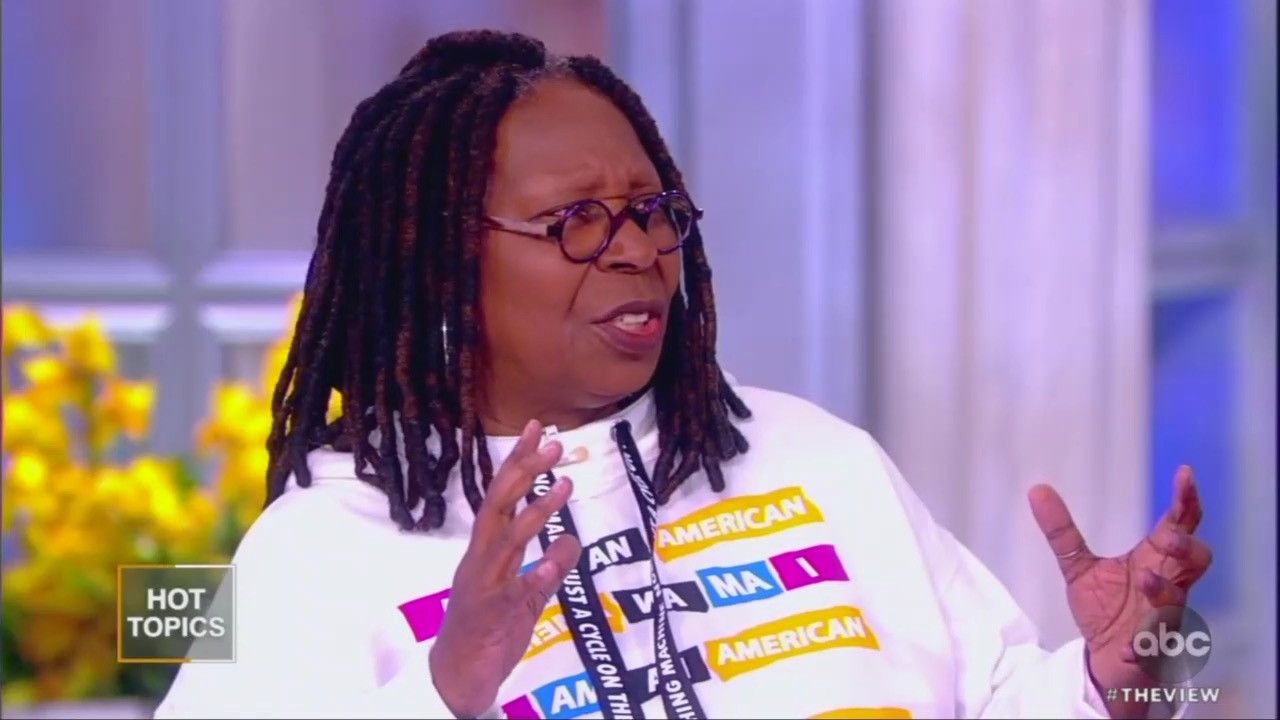 The View co-hosts Whoopi Goldberg and Sunny Hostin practically put their hands over their ears after Abby Huntsman and Meghan McCain referenced scandals that happened under Obama’s Attorney General, Eric Holder, during a conversation on Bill Barr’s testimony yesterday. Whoopi was so desperate to avoid comparisons to the previous administration that she even fabricated something that never happened just to defend the Obama administration.

To start off the show, the hosts fretted about Barr refusing to testify today before the House, after Democrats brought out lawyers to grill him. Whoopi doubled down on dumb comments she made yesterday that Barr was conducting a “coup,” proving no one told her what the word meant:

After Abby Huntsman pointed out that Eric Holder was also close to President Obama, she was cut off repeatedly by nervous hosts Whoopi and Sunny Hostin who didn't want to hear any comparisons to Obama's corrupt DOJ.

Meghan McCain didn’t let it slide though and brought up Holder resisting to testify at Congressional subpoena, in the Fast and Furious gun-running scandal:

I think what she's referencing is Eric Holder's refusing to testify in front of Congress because of Fast and Furious which was a controversy during the Obama Administration. If you hold that same standard then you should hold the same standard to Barr.

A pretty clear-cut example but the other hosts refused to be consistent:

“But Barr testifying and being that evasive is different than Eric Holder having a relationship -- a friendly relationship with the president,” Hostin said, ignoring inconvenient facts.

McCain went back to Barr. “First and foremost he's [Barr’s] not a Trump lackey,” she argued pointing out the harsh truth: “[T]he problem right now for Democrats is nothing other than impeachment will satisfy.”

She went on to point out a part of the hearing yesterday where Republicans brought up the anti-Trump texts between FBI agents which “started” the Mueller investigation. Whoopi wasn’t having it, claiming it was the trump Tower meeting that began all of this.

McCain again noted the “appearance of politicization” of government agencies was a hudge factor in this investigation. “Let's get back to the text messages. When you see the text messages with people that work for the FBI, they're clearly politicized. There's a reason for conservatives and Trump supporters to think this is a rigged game,” she noted. Not able to face the truth, Whoopi resorted to making up a story about something similar that supposedly happened when Obama was in office with conservative FBI agents (what?):

“I'm so glad you said that. Because I recall odd texts and conversations about Obama when he became president,” she exclaimed, without backing it up, at all. She tried to defend the anti-Trump FBI agents saying, “I don't think you can say because of they did this, this happened,” before they cut to commercial.