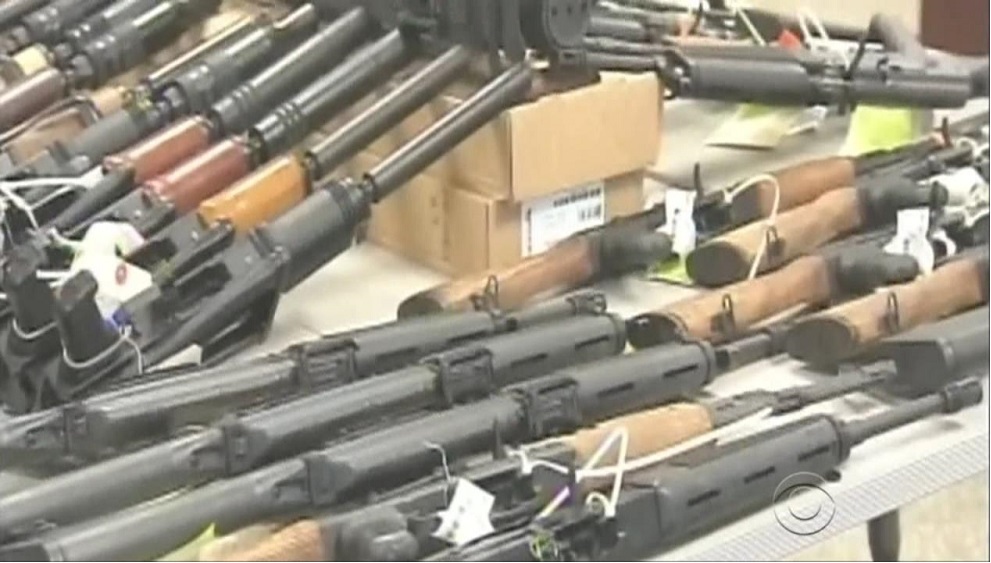 Mere hours before President Obama announced Attorney General Eric Holder's resignation, Sharyl Attkisson reported on Thursday that U.S. District Court Judge John Bates ordered the Justice Department to "turn over a list of withheld Fast and Furious documents by Oct. 22 [2014]. Attorney General Eric Holder had sought a delay until the day before the midterm elections....Judicial Watch sued...[DOJ] in September of 2012 over its refusal to turn over...[the] documents."

CBS Evening News mentioned Fast and Furious in their coverage of the Holder announcement that evening, but NBC Nightly News failed to mention the scandal (ABC's World News didn't cover the resignation at all). The following morning, ABC and NBC's morning newscast continued omitting the gunrunning controversy in their coverage of the attorney general. However, correspondent Major Garrett noted the scandal in his report on CBS This Morning: [MP3 audio available here; video below]

MAJOR GARRETT: ...Holder made history of a different kind as well...becoming the only attorney general held in contempt by the House of Representatives. Republicans accused Holder of withholding documents relating to Operation Fast and Furious, a federal gun-tracing effort implicated in the death of border patrol agent Brian Terry.

Attkisson noted that Judge Bates labeled "the government's arguments for 'even more time…unconvincing,'" and outlined how conservative organization Judicial Watch has been trying to obtain the documents for two years:

Judicial Watch sued the Justice Department in September of 2012 over its refusal to turn over public documents related to the Fast and Furious gunwalking case. The...group is seeking all of the documents that President Obama ordered withheld from Congress on June 20, 2012 under executive privilege. It was the first time, and is the only time, the president has exerted executive privilege to withhold documents. The privilege was exerted even though the Obama administration has steadfastly claimed the White House and Holder had no knowledge of or involvement in the gunwalking strategy used by Alcohol, Tobacco and Firearms agents under the Department of Justice in Fast and Furious. The agents allowed thousands of assault rifles and other weapons to "walk" into the hands of Mexican drug cartels.

The Vaughn index due Oct. 22 must specifically identify each withheld document, describe the exemption claimed and explain how disclosing it would violate the claimed exemptions....In denying the Justice Department's full extension, the judge noted that the Department has known about its Vaughn index obligations since July 18....

In June of 2012, the House held Holder in contempt for his refusal to turn over requested documents in the case. Just prior to the contempt vote, President Obama exerted executive privilege to withhold the subpoenaed documents at issue.

On Thursday, the MRC's Rich Noyes documented the media's consistent disinterest in covering the scandal since Border Patrol agent Brian Terry's murder in December 2010. During 2011, Attkisson, then at CBS, stood out for her pursuit of the story, while ABC and NBC largely ignored it – just as they did on Thursday evening and Friday morning.