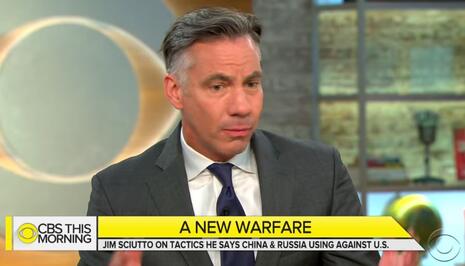 What’s more, while 94.3% of journalists say “inaccurate news” is a “moderately big” problem of news seen on social media, 74.6% call it a “very big problem.”

“Impolite or uncivil discussions about the news” on social media is considered a moderate problem by 86.0%, with 57.9% deeming it a large one.

Ironically, the American public says it doesn’t trust the news they’re getting from traditional source like newspapers, television and radio news reporting.

Just seven percent of U.S. adults say they have “a great deal” of trust and confidence in the accuracy and objectivity of the news provided by legacy media, according to results of a Gallup survey released last October. Only 36% have any degree of trust – about the same as the 34% who say they have “none at all” – just four points above Gallup’s record low. Another 29% say they have “not very much” trust, bringing distrust to a total of 63%.

And, when it comes to “inaccurate,” “one-sided,” and “impolite and uncivil” discourse, legacy media have a long history of being serious offenders on all three charges, as the Media Research Center’s (MRC) News Analysis Division documents daily on its NewsBusters website.

In a recent example of “Inaccurate” news, MSNBC deceptively edited comments by Republican Florida Governor Ron DeSantis and Host Joy Reid claimed that DeSantis "never actually got around to condemning the Nazis" while he was discussing Democrat slurs regarding a Nazi demonstration in the state.

Last month, CNN’s Brian Stelter baselessly suggested that Fox News Host Sean Hannity helped plot last year’s Capitol Hill riots – and said Hannity should deny the charge, if he didn’t. “Is he in on it in some way? As we know, we're learning about this vast conspiracy. Was he in on it in some fashion? If not, I'm sure he'll want to share that as well,” Stelter speculated without evidence.

On Wednesday, NewsBusters provided examples of the “one-sided” reporting practices of the Big Three evening news networks (ABC, NBC, CBS), such as ignoring Gallup survey results and national debt numbers that reflect poorly on Democrats and the Biden Administration.

Also on Wednesday, CNN Newsroom Host Jim Sciutto ganged up with Secretary of Transportation Pete Buttigieg to attack Florida Republicans and their Parental Rights in Education bill, which Buttigieg accused of contributing to LGBTQ youth suicides.

As for “impolite and uncivil discussions,” on Tuesday, hosts of ABC’s “The View” resorted to name-calling, referring to Florida’s governor as “Governor Death-Santis.”

In a recent episode of the NPR game show, “Wait! Wait! Don't Tell Me!” comedians hurled insults at Fox News Correspondent Peter Doocy and cheered President Joe Biden for calling Doocy is a "stupid son of a bitch."

And, on Monday, CBS Mornings brought on Democrats to portray election fraud inspectors as a racist “goon squad.”

Likewise, liberal journalists have a habit of branding as “misinformation” any news that doesn’t fit their agenda, such as when media continued to call the Hunter Biden laptop scandal a Russian disinformation campaign, even after the Director of National Intelligence and the FBI rejected the baseless claim.