During the daily White House press briefing on Wednesday, Deputy Spokesman Eric Schultz had an exchange with ABC News chief White House correspondent Jonathan Karl where he declined to label the Taliban as a terrorist organization, instead insisting it's “an armed insurgency.”

In an admission that surely would be covered if it were uttered by a spokesman for a Republican president, the “big three” of ABC, CBS, and NBC all failed to cover this story during their Wednesday evening newscasts.

The exchange began when Karl pressed Schultz on whether the possible hostage/prisoner exchange between Jordan and the terrorist group ISIS was similar to what the United States did with the Taliban to secure the release of Army Sgt. Bowe Bergdahl.

To that question, Schultz denied the comparison because it occurred “as the war in Afghanistan wound down.” Karl then continued questioning Schultz by wondering: “The Taliban is still conducting terrorist attacks, so you can't really say that the war has ended as far as they’re concerned.”

At that moment, Schultz responded with this justification that left Karl baffled: “Well, I would also point out that the Taliban is an armed insurgency. ISIL is a terrorist group, so we don't make concessions to terrorist groups.”

Seconds later, Schultz reiterated his point after Karl requested confirmation: “I don't think that the Taliban – the Taliban is an armed insurgency, this was A winding down of the war in Afghanistan and that's why this arrangement was dealt.”

Reacting to the video after it was aired on the Fox News Channel’s Special Report with Bret Baier, Charles Krauthammer blasted the choice of labeling considering that the Taliban “slits throats,” “attacks buses,” and “drives car bombs into markets.”

Regarding Schultz’s remarks about the war in Afghanistan “winding down,” Krauthammer had this to say:

Unfortunately, this story was only one of four key stories ignored by the networks. Also on Wednesday, a group affiliated with the Muslim Brotherhood visited the U.S. State Department to discuss, in the words of the Washington Free Beacon: “[T]heir ongoing efforts to oppose the current government of President Abdel Fattah al-Sisi of Egypt, who rose to power following the overthrow of Mohamed Morsi, an ally of the Brotherhood, in 2013.”

A third story the networks ducked was word from Democratic Congressman Elijah Cummings (Md.) that former Secretary of State Hillary Clinton has agreed to come before the House Select Committee investigating the deadly 2012 terrorist attack in Benghazi amid a launch of a possible presidential bid.

Finally, the Treasury Department stated Wednesday that between 3 to 6 million Americans will be paying the penalty for not having health insurance as part of ObamaCare this tax season. According to CNN Money, “[t]he penalty is $95, or 1% of income above a certain threshold (roughly $20,000 for a couple)” and, for a “married couple with $100,000” in total income, their tax would be $797.

Instead of covering these four stories, ABC's World News Tonight devoted a news brief to footage from a car chase where a handcuffed woman stole a police cruiser near Pittsburgh. Over on the CBS Evening News with Scott Pelley, that program played a time lapse of clouds filling the Grand Canyon and, lastly, NBC Nightly News took time to inform viewers that Wednesday was the 30th anniversary of the song “We Are the World.”

The relevant portion of the transcript from FNC’s Special Report with Bret Baier on January 28 can be found below. 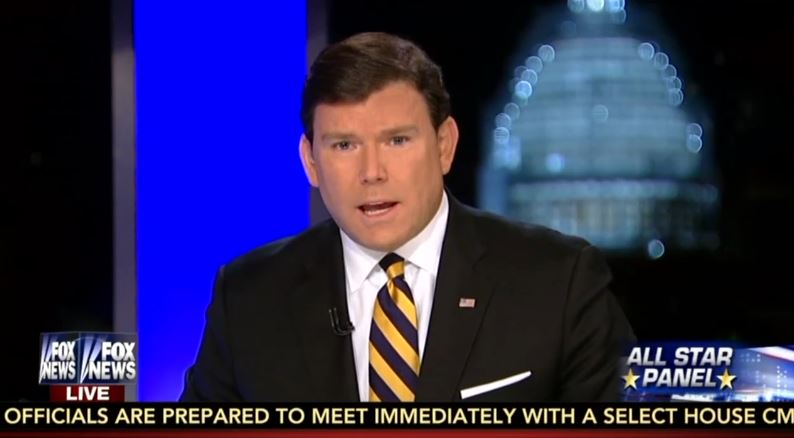 BRET BAIER: At the White House today, there was a lot of talk about Jordan, saying they would negotiate with ISIS, releasing a would-be bomber who was captured for a Jordanian pilot. The White House said, through a spokesman, that they would not – the U.S. would not do that. That brought up questions about the Taliban five who were released for Bo Bergdahl and that produced this exchange.

ABC NEWS CHIEF WHITE HOUSE CORRESPONDENT JONATHAN KARL: How is what the Jordanians talking about doing any different than what the United States did to get the release of Bergdahl? Releasing prisoners held at Guantanamo Bay to the Taliban which is clearly a terrorist organization.

DEPUTY WHITE HOUSE SPOKESMAN ERIC SCHULTZ: Prisoner swaps are traditional end-of-conflict interaction that happens as the war in Afghanistan wound down. We felt like it was the appropriate thing to do. The President's bedrock commitment as commander-in-chief is to leave no man or woman behind. That's the principle he was operating under. 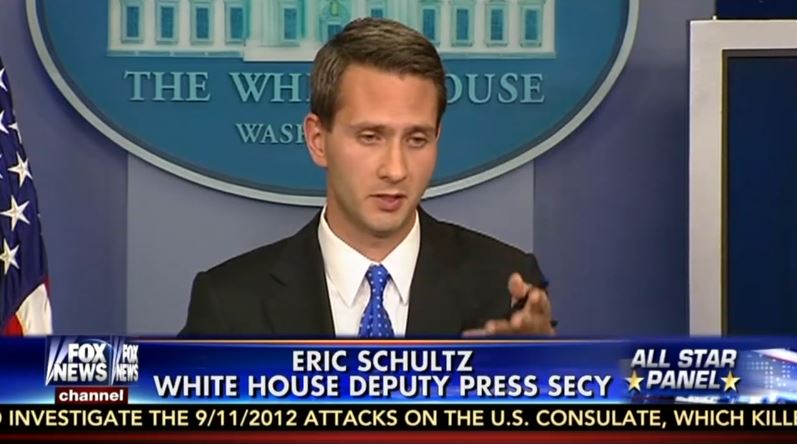 KARL: Isn't that the Jordanians are operating under?

KARL: The Taliban is still conducting terrorist attacks, so you can't really say that the war has ended as far as they’re concerned.

SCHULTZ: Well, I would also point out that the Taliban is an armed insurgency. ISIL is a terrorist group, so we don't make concessions to terrorist groups. So, we feel –

SCHULTZ: I don't think that the Taliban – the Taliban is an armed insurgency, this was A winding down of the war in Afghanistan and that's why this arrangement was dealt.

BAIER: “The Taliban is an armed insurgency,” not a terrorist group. Back with the panel. Charles? 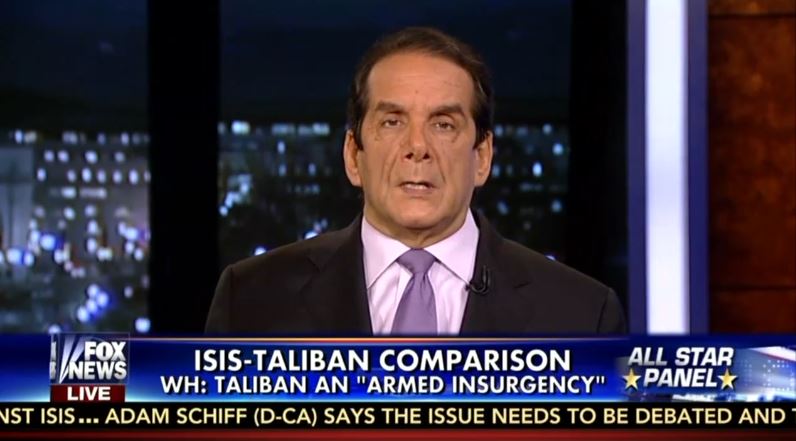 CHARLES KRAUTHAMMER: It slits throats. It attacks buses. It drives car bombs into markets and it’s not a terrorist group. Look, you can't parody this administration. The idea that the United States would not do this is preposterous. Of course we do and also the idea that the war is winding down, tell that to anybody who lives in Afghanistan. This is a fantasy. Obama’s pretended that the war on terror, the war in Afghanistan, the war in Iraq are all winding down and the wars are all back. So, I mean, this is sort of embarrassing. The issue for the Jordanians is they are a miraculous ally in the region. They have been our friend and stable for 50 years in a region where regimes last a week and a half, but they are extremely pressured by ISIS, by their internal opposition, by the Muslim Brotherhood inside of Jordan and yet it joined our coalition. If it has to make a swap to recover a pilot, do it.