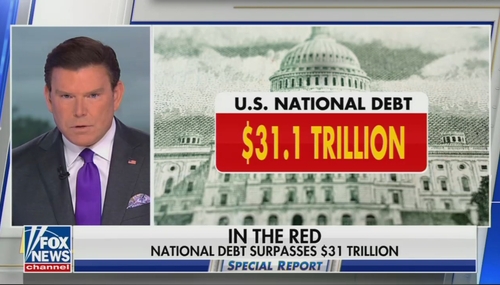 On Wednesday, President Joe Biden proved once again he's not mentally with us anymore when he called out for Congresswoman Jackie Walorski during a speech on Hunger, Nutrition, and Health despite the fact that Walorski died in a car crash in August. While Biden may not be capable of remembering events that far back, we know he was notified of her death since he and the First Lady… 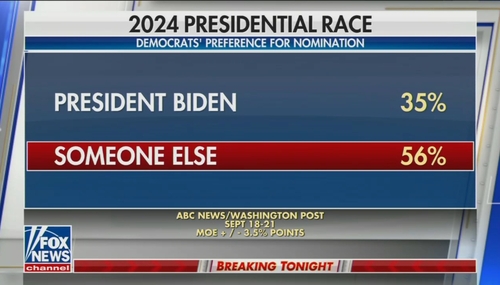 During Monday's edition of ABC’s World News Tonight, the left-wing evening newscast ignored their own network’s poll which showed that 56 percent of Democrats want someone other than President Joe Biden to be their party’s standard bearer in the 2024 presidential election. This result, plus other findings of the poll, including Biden’s approval rating sinking to 39 percent, shows why… 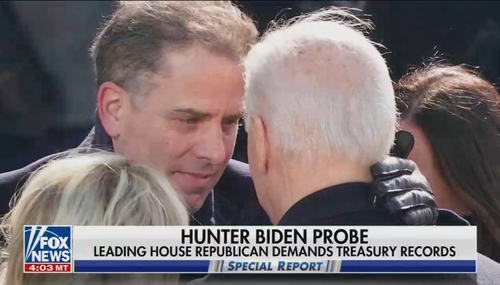 As President Joe Biden’s derelict son Hunter’s scandals and criminal investigations continue to metastasize, the leftist news networks continue to do everything in their power to cover for the Hunter Biden and the rest of the Biden crime family. This includes (… 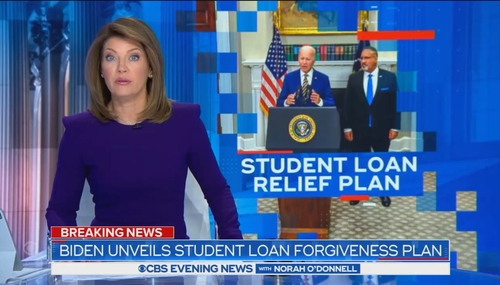 On Wednesday evening, the three evening broadcast networks gushed over President Joe Biden’s bailout for millions of Americans who willingly took out student loans. A slap in the face to all who paid off their loans or who never went to college. While this point of view was brushed off by the three networks, the constitutionality of Biden forgiving student loans was completely ignored.… 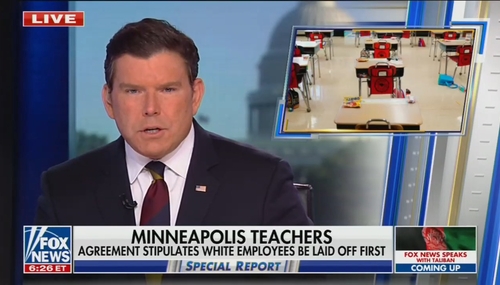 On Tuesday, it was reported that the Minneapolis teachers union and the school board reached a tentative agreement that if layoffs are needed, white teachers will be laid off before non-white teachers regardless of seniority. Since racism to fight alleged racism is apparently fine with the three leftist broadcast networks, ABC’s World News Tonight, CBS Evening News &… 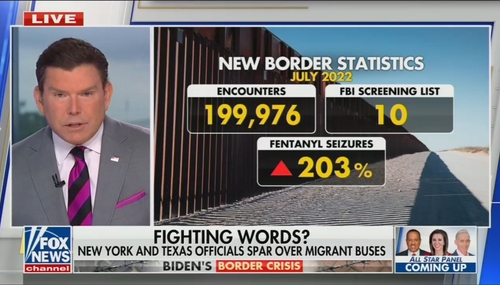 On Monday the U.S. Customs and Border Control released new figures on how many foreign nationals illegally crossed the U.S./Mexico border in the month of July. It seems that each month the number of illegals pouring across our borders rises because of President Joe Biden's refusal to secure the border. While all three evening news broadcast networks (ABC's World News Tonight, CBS… 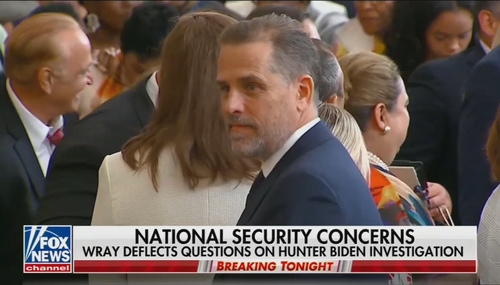 On Thursday, FBI Director Christopher Wray said during a Senate Judiciary Committee hearing that payments given to Hunter Biden from China and other countries could be considered a “malign foreign influence” campaign. On Thursday night, all three evening network broadcasts ignored this admission from the FBI Director. Only Fox News Channel's Special Report covered Wray's comments… 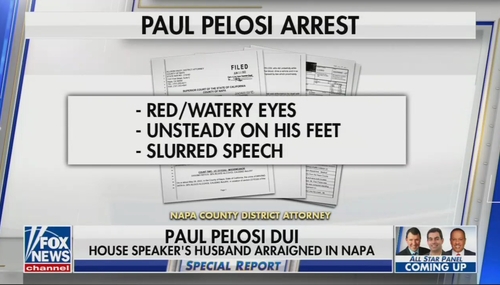 On Wednesday morning a lawyer for Paul Pelosi, the husband of House Speaker Nancy Pelosi showed up on his behalf in a Napa County, California courthouse to plead not guilty during Pelosi's arraignment on DUI charges. Court documents also revealed more details about the night Pelosi was arrested for driving with a blood alcohol level above the legal limit. 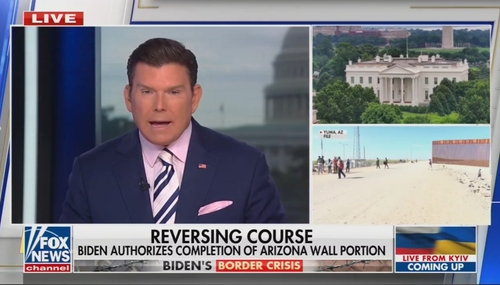 In another embarrassing immigration policy reversal to take things back to the way former President Trump handled them, President Biden ordered the construction of the border wall to resume or at least to fill in large gaps left in Arizona sectors that were left unfinished by his order to halt. And despite the order coming down on Thursday, the morning and evening flagship newscasts of ABC,… 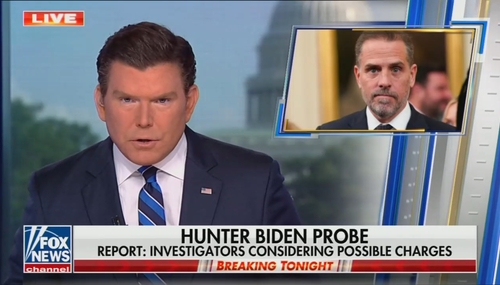 Late Wednesday afternoon, news broke that the federal investigation into Hunter Biden has reached a “critical stage” and federal prosecutors are weighing what charges if any to pursue against President Biden’s delinquent son. 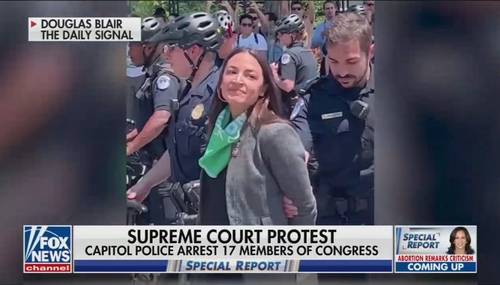