On Monday, ABC’s World News Tonight with David Muir and NBC Nightly News continued to ignore the news surrounding videos unearthed of ObamaCare architect Jonathan Gruber praising “lack of transparency” as a “political advantage” and insulting voters as stupid regarding the law’s passage and contents. With tonight’s omissions, the blackout of coverage on Gruber from these two programs now stands at ten days.

Thus far, ABC has only mentioned Gruber once since the first video surfaced on November 7 and it was saved for its Sunday morning political talk show This Week with George Stephanopoulos. When it comes to NBC’s total number of mentions, they have only been able to muster two total mentions of Gruber with one on its Sunday morning talk show Meet the Press and another on Monday morning’s Today. [MP3 audio here; Video below]

After discussing Gruber four times in the past ten days, CBS returned to its old pattern of offering no coverage on him during the Monday edition of the CBS Evening News with Scott Pelley.

Meanwhile, the Fox News Channel’s (FNC) Special Report with Bret Baier had two reports that led off its show on Monday night with the latest developments from FNC correspondent Doug McKelway and more on Gruber’s compensation history by FNC’s James Rosen.

McKelway’s report included soundbites of the President responding to the Gruber controversy and of Gruber himself telling, in the words of McKelway, “a very different story” in which he met with the President multiple times when he was both a Senator and then as President.

Instead of even giving Gruber a brief mention on its program, World News Tonight with David Muir informed viewers that a ten-second kiss can lead to the transfer of up to 80 million particles of bacteria between the two parties. Over on NBC Nightly News, it spent 37 seconds mentioning the fact that Giancarlo Stanton of Major League Baseball’s (MLB) Miami Marlins signed the largest contract in North American sports history at $325 million over 13 years.

The complete transcript of the opening report on FNC’s Special Report with Bret Baier on November 17 can be found below. 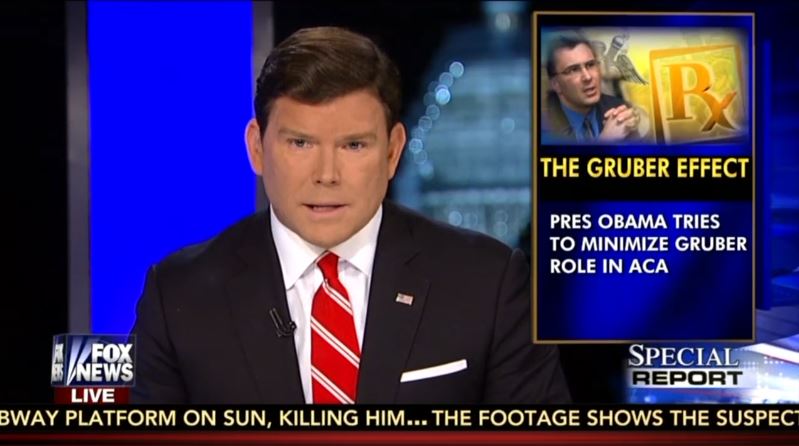 BRET BAIER: After a week of featuring one arrogant insult after another from self-styled ObamaCare architect Jonathan Gruber, President Obama is trying to minimize the influence the MIT professor had on him and the Affordable Care Act on it’s way to becoming law.

The second ObamaCare enrollment period is now under way. Health and Human Services (HHS) Secretary Sylvia Burwell says more than a million people visited the website over the weekend and 200,000, she says, contacted the call center. On the other hand, Gallup says the health care law has hit its lowest point yet, with just 37 percent of Americans approving and 56 percent disapproving. This comes ahead of anticipated repeal efforts from next year's Republican-controlled Congress. Correspondent Doug McKelway begins our coverage tonight.

RADIO TALK SHOW HOST DAVID WEBB [TO JONATHAN GRUBER]:  Professor, do you really think the American voters are stupid? What about the ObamaCare, is that just a hoax on the American people? 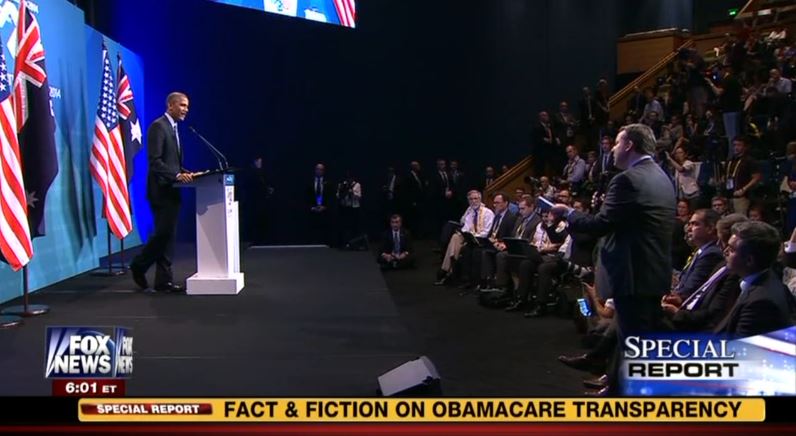 DOUG MCKELWAY: Embattled ObamaCare architect Jonathan Gruber uttered a no comment when confronted by Fox News today at MIT, but President Obama did comment in Australia when asked by Fox News's Ed Henry whether he misled the American people to get ObamaCare passed.

PRESIDENT BARACK OBAMA: No, I did not. I just heard about this – the fact that some advisor who never worked on our staff expressed an opinion that I completely disagree with, in terms of the voters, is no reflection on the actual process that was rung.

MCKELWAY: In multiple interviews, Gruber has told a very different story, he says he first briefed then-Senator Obama on his health care model

MCKELWAY: Once Senator Obama was elected President, Gruber was summoned again by the transition team and later by the President himself.

GRUBER: We had a meeting in the Oval Office with several experts.

MCKELWAY: Gruber tells of a fully engaged President, gun-ho to pass the bill with the mandates or taxes that would help pay for it. 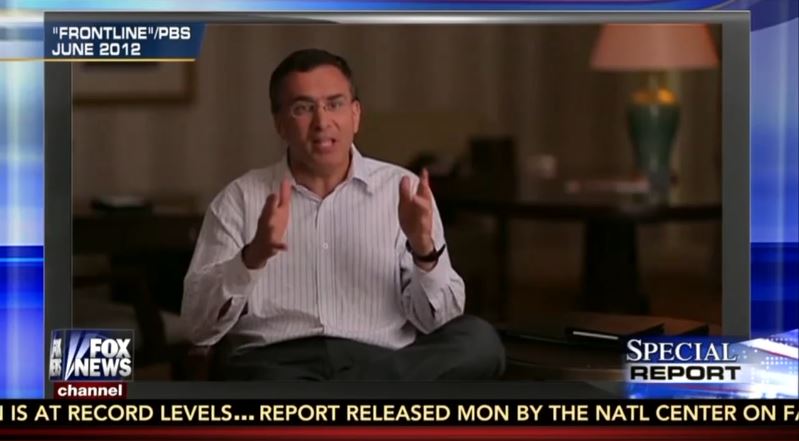 GRUBER: To his credit, he gets a lot of people, including myself, telling him, look, you cannot make this work without the mandate. He says okay, let's do the mandate, and his advisors say this might not be the right thing to do and he says let's make this happen.

MCKELWAY: Shortly after, an array of administration staff and Democratic groups touted the Gruber model. In 2012, BarackObama.com produced an ad featuring Gruber to attack Mitt Romeny’s opposition to ObamaCare

GRUBER: And I helped Governor Romney develop his health care reform, or RomneyCare, before going down to Washington to help President Obama develop his national version of that law .

MCKELWAY: The administration also sent glowing reports of Gruber's model to Obama-friendly columnists and media. It was only conservatives raising questions, sometimes to their own embarassments:

CONGRESSMAN JOE WILSON [DURING JOINT SESSION OF CONGRESS ON 09/09/09]: You lie!

WRITER AND PRODUCER JACK CASHILL: It was a crazy thing to do at the time, you know, the Republicans rushed to the mikes to apologize. The Democrats rushed to their direct mail vendors to exploit it, but Joe Wilson was on target. 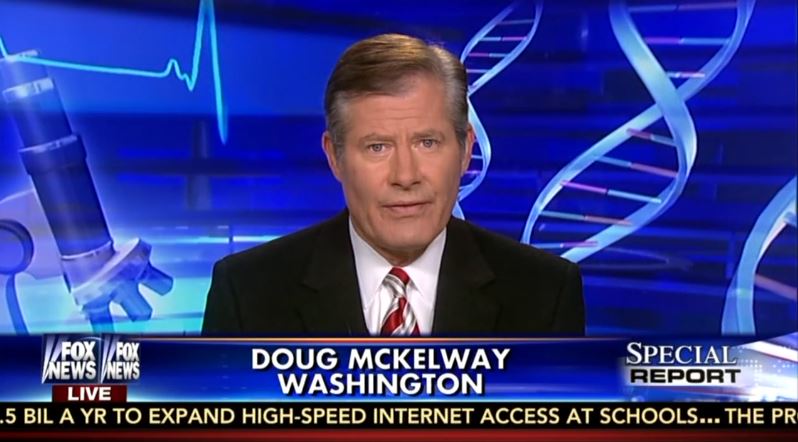 MCKELWAY: And nobody has made that point as effectively as the formerly talkative Gruber. A self-identified Democrat, Gruber has suddenly become the unintentional darling of conservatives for openly admitting that “lack of transparency” is a “political advantage” and for saying “if CBO scores the mandate as taxes, the bill dies.” Bret?