Between their morning and evening newscasts, the “big three” networks of ABC, CBS, and NBC neglected to offer any stories on the bipartisan hearing chaired by Congressman Trey Gowdy (R-S.C.), who promised that: “[O]ur fellow citizens deserve all of the facts of what happened before, during, and after the attacks in Benghazi and they deserve an investigative process worthy of the memory of those who died and worthy of the trust of our fellow citizens.”

In his nearly three-minute-long report, Emanuel told of how the main focus of the first hearing was examining “the latest State Department Accountability Review Board recommendations after Benghazi and implementation.”

While Wednesday’s proceedings were described as relatively calm, Emanuel predicted that:

There are signs future hearings may feature more fireworks, when the panel looks into the explosive allegations made by former State Department official Robert Maxwell: that aides to then-Secretary Clinton scrubbed Benghazi documents that made top officials look bad.

The censorship by the major broadcast networks of this story marks yet another chapter in the media’s lack of coverage on Benghazi. Despite numerous developments, the coverage has been scant over just within the last two weeks.

Earlier on Wednesday, CNN and MSNBC provided minor coverage during the nearly three-hour-long meeting. The Media Research Center’s Matthew Balan found that CNN offered only a 15-second news brief at the top of the 10:00 a.m. hour and “MSNBC set aside 12 minutes worth of segments to the event, and sometimes showed split-screen video, but didn’t provide the audio.”

In contrast, FNC provided 40 minutes and 51 seconds of live coverage of the committee’s hearing and just over 25 minutes of reports, interviews, and panel discussions related to it as well.

Also, the networks (and websites such as Politico) also did not cover news on Monday reported by investigative reporter Sharyl Attkisson that a weekend meeting was held in a State Department basement sometime after the attacks to examine any and all documents related to Benghazi to see if any painted then-Secretary of State Hillary Clinton and her top advisers in a negative light.

Last week, the major broadcast networks failed to report on the second anniversary of the fatal attack (but found time to show video of a bear dancing with a flag tee at a golf course).

Finally, ABC, CBS, and NBC omitted news on September 5 from two men on the ground in Benghazi that fateful night that a CIA official delayed a rescue attempt to the U.S. diplomatic mission.

With thanks to my colleague Matthew Balan, the complete transcript from the segment that aired on FNC’s Special Report with Bret Baier on September 17 is transcribed below. 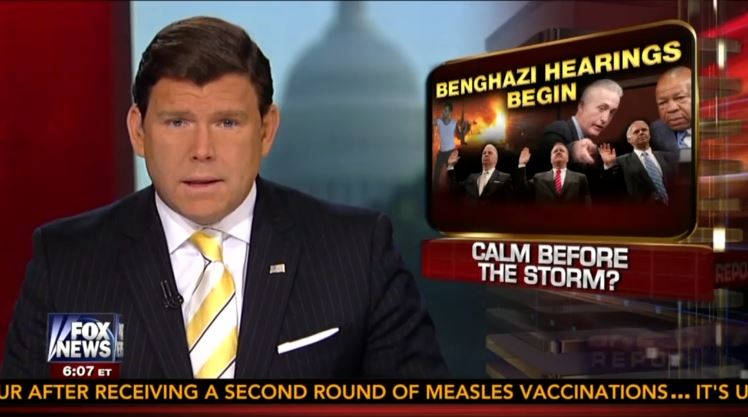 BRET BAIER: Now to a terror attack that has already happened – the Select Committee on Benghazi held its first public session today, and it could easily be characterized as the bipartisan calm before what is expected to be a highly-partisan storm. Chief congressional correspondent Mike Emanuel was there.

TREY GOWDY, (R-SC), HOUSE SELECT BENGHAZI CHMN.  (from congressional hearing): The Secretary of State should personally review the security situation of diplomatic facilities –  closing those who are highly vulnerable and threatened. Why do you think the 1999 A.R.B. went out of its way to use the word 'personally'?

EMANUEL: Today's hearing focused on a Democrat member's idea looking at the latest State Department Accountability Review Board recommendations after Benghazi and implementation. Early on, there was an effort made to be bipartisan in tone. 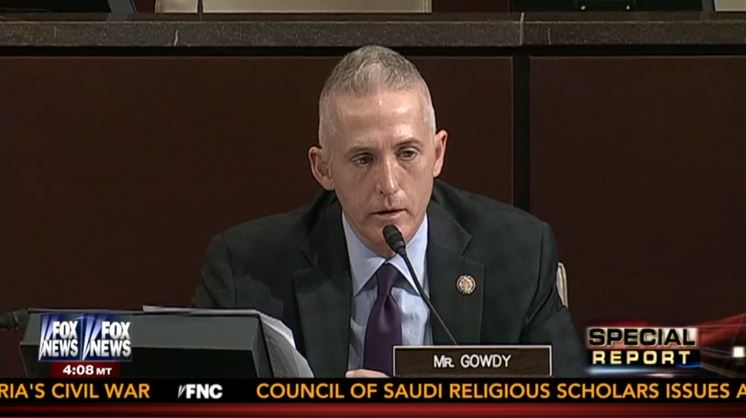 GOWDY: Maybe – just maybe, we can be what those four brave men were – neither Republican nor Democrat.

EMANUEL: The panel's top Democrat said it's too late to bring back the Americans killed at Benghazi, but there's an opportunity to make a difference now.

ELIJAH CUMMINGS, (D-MD), HOUSE SELECT BENGHAZI CMTE. (from congressional hearing): The things that we do today, and over the next few months, will have lasting affects – even when we're gone on to heaven. And that's how we have to look at this.

EMANUEL: Lawmakers heard from security officials who reviewed State Department policies –  with one raising this red flag: that there continues to be a pre-Benghazi approach to diplomatic security.

TODD KEIL, INDEP. PANEL ON BEST PRACTICES (from congressional hearing): Clear the smoke. Remove the mirrors. Now is the time for the Department of State to finally institutionalize some real, meaningful, and progressive change.

EMANUEL: There was also an attack on the A.R.B. report itself.

JIM JORDAN, (R-OH), HOUSE SELECT BENGHAZI CMTE. (from congressional hearing): So was anything but independent- 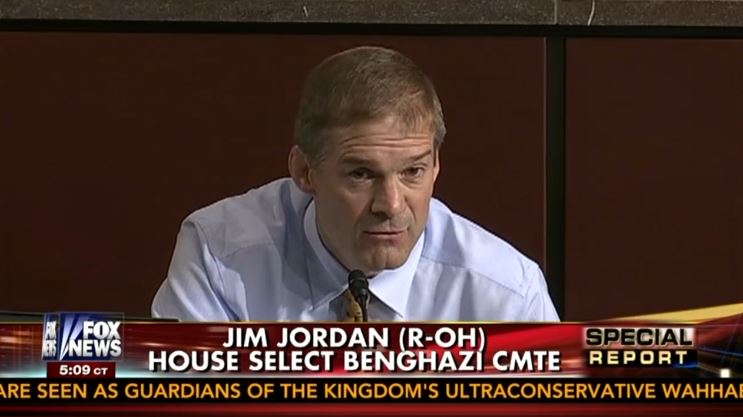 EMANUEL: And Ohio Republican Congressman Jim Jordan says those serving in Libya should have been a higher priority due to the danger there.

JORDAN: If you were an agent on the ground in Benghazi at the time, Mr. [Todd] Keil, would you be – would you have been lobbying for more help to come to Benghazi?

KEIL: I'd probably be doing more than lobbying. I'd be extremely frustrated, and try to push every button I could possibly push.

JORDAN: Flip it around. You're the guy at the desk in Washington. You get the request from these guys on the ground for more help. Would you have fought to make that request happen?

KEIL: I would have put a significant amount of priority on Benghazi requests.

EMANUEL: There are signs future hearings may feature more fireworks, when the panel looks into the explosive allegations made by former State Department official Robert Maxwell: that aides to then-Secretary Clinton scrubbed Benghazi documents that made top officials look bad. 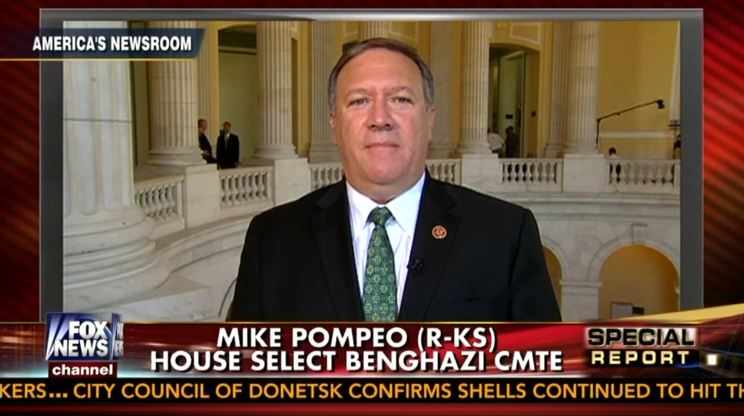 EMANUEL (on-camera): After the hearing wrapped, Chairman Gowdy was asked if a Benghazi-type attack could happen again. He noted it was a very dangerous world. Bret?

BAIER: Mike Emanuel on the Hill – Mike, thank you.