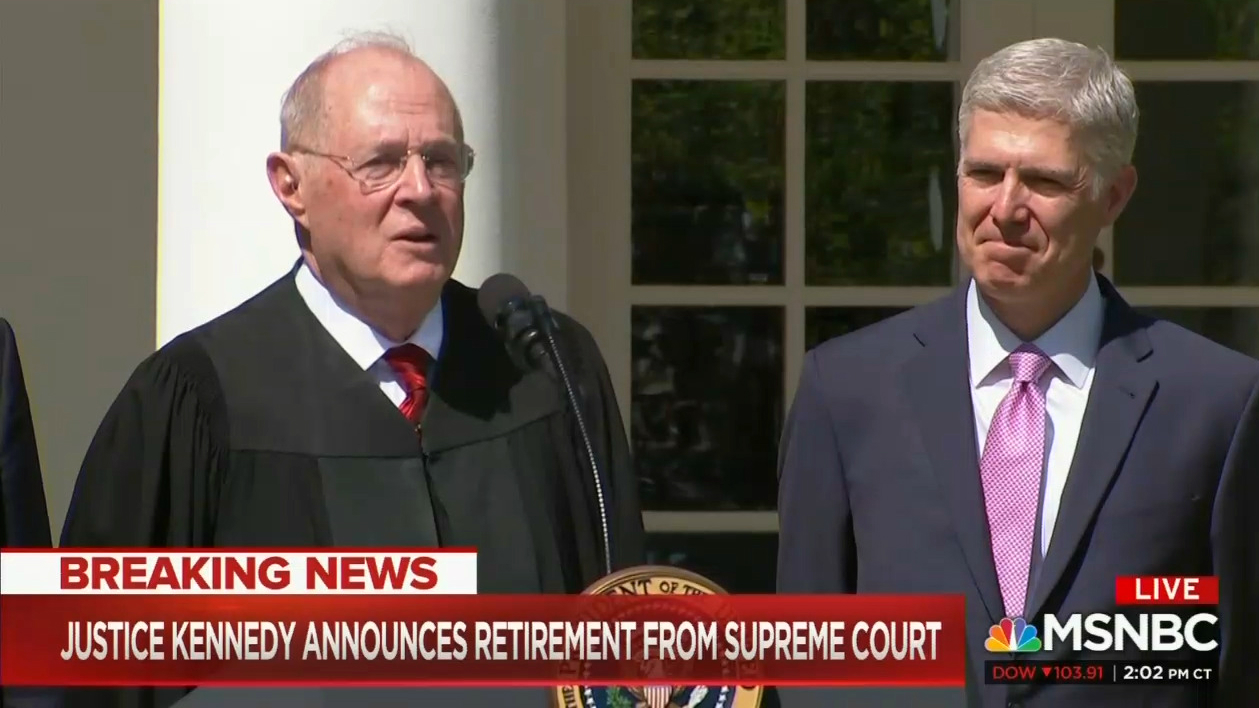 The media are very worried about Justice Kennedy leaving for one main reason: abortion.

On Wednesday, Supreme Court Justice Anthony Kennedy announced his retirement. The media immediately expressed fury that, with a pro-life judge as replacement, Roe v. Wade might be overturned. The 1973 Supreme Court decision legalized abortion on a federal level in the United States. Overturning it would leave abortion up to the states – but media figures from The New Yorker to Salon warned about abortion vanishing.

New Yorker staff writer and CNN senior legal analyst Jeffrey Toobin warned: “Abortion will be illegal in twenty states in 18 months.” And, in response to his tweet, NBC reporter Benjy Sarlin added that “[t]his would be the single biggest political and policy earthquake in many of our lifetimes and it’s completely on the table.”

Feminist and Guardian columnist Jessica Valenti urged followers this way: “This is a good time to find your local abortion fund and give generously.” She also tweeted: “I have a ton of activist friends who actually learned how to perform early abortions for just this reason.” 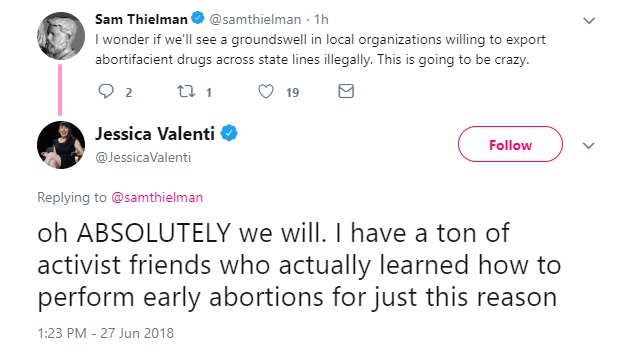 Entertainment Weekly executive editor Carla Sosenko wrote: “If you are a woman and a friend of mine with a birthday coming up soon, I’m getting you an abortion for a present while I still can. Enjoy it.”

As a writer for the website Ars Technica, Peter Bright typed: “Better get your abortions now, ladies, because in a couple of years SCOTUS is gonna overturn Roe v Wade."

Salon writer Mary Elizabeth Williams warned: “My mother couldn't get a legal abortion and I can't fucking believe I have to worry my daughters won't be able to either.”

Buzzfeed Originals head Summer Anne Burton tweeted: “Abortion is extremely good and we will absolutely find a way to protect women who need or want one. I believe we can do this. I have to.”

Women’s Media Center manager Rachel Joy Larris added: “Pretty sure at some point in the next decade I'll be in jail for helping women obtain a now illegal abortion.”

“On the bright side we can all go to Ireland for our abortions now?” wondered Sarah Seltzer, editor for Lilith magazine.

Vogue magazine culture writer Bridget Read insisted, “it is time for every mistress of every GOP ghoul who has had an abortion to hold a mass press conference and describe exactly how eager they were to pay for them.”

ThinkProgress founder and editor Judd Legum stressed, “If you are a Senator that supports abortion rights, you should not vote for a Supreme Court Justice that will destroy abortion rights.”

Slate writer Mark Joseph Stern wrote, “Justice Kennedy's retirement is a catastrophe for liberals. Abortion access, same-sex marriage, voting rights, environmental regulations—they're all on the line now. This is nothing short of a crisis for the left.”

According to Daily Beast national security reporter, Bethany Allen-Ebrahimian, “We are so so fucked. I think within 5 years we’re going to see a Supreme Court decision relegating the legality of abortion to the states.”

Journalist Molly Knight added, "How very cool of Justice Kennedy to pour kerosene on the current dumpster fire that is America. The Roe v Wade riots should provide fine entertainment for him in his retirement.”