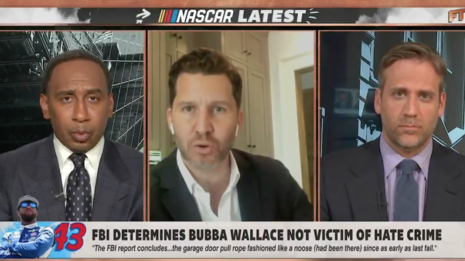 Huge, if true.” Those are three of the most rare words used by the media today.

For those who have not turned on the news recently, NASCAR called the FBI to investigate a potential hate crime committed against the only black driver in the sport, Bubba Wallace, when it was claimed a noose was found in his team's garage.

All of this came on the heels of NASCAR banning the confederate flag at Wallace’s behest.

The issue? In an effort to stay ahead of the narrative, NASCAR skipped a step and condemned it as a “hate crime” before the investigation actually took place.

But the results of the investigation told a different story: 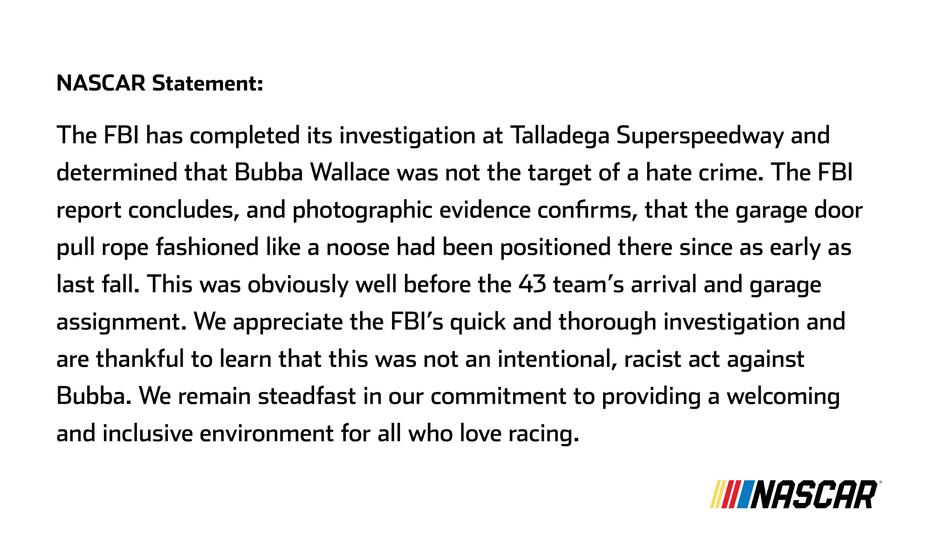 It was a garage pulldown rope. One that had been there since at least 2019. Thank goodness, in this case, there was not a hate crime committed in America. That is a good thing. We should all be celebrating that. But instead, even now, people like Al Sharpton refuse to give this up as a hateful act, which helps push their narrative.

So, what should that original statement by NASCAR have said?

Essentially, “Huge (and disgusting) if true.”

However, in order to avoid getting cancelled, NASCAR sacrificed “pursuing the truth.” What is less shocking is the fact that the media at-large decided to run with that story before the FBI finished its investigation (a truly remarkable feat considering it was finished in roughly a day.)

As Will Cain said on ESPN's First Take on Wednesday, "I think we in the media and I think NASCAR really were ignorant as to the cost when you do not pursue the truth… We are not prioritizing our simple job which is to absolutely seek and hopefully successfully find the truth."

What is the number one impediment to race relations in America?

“Human beings have trouble seeing themselves as individuals… We are inherently tribal and our job is to overcome those tribes and see each other as individuals.”

Cain said that on ESPN Radio’s The Will Cain Show following his interview on First Take. Why is that relevant here?

Because in this instance, Max Kellerman, and many others were using the “the entire South is historically racist” argument as permission to indict and condemn before all of the facts were found. That is a tribal argument. Just like the root of anti-black racism is also tribalism.

More than that, though. In this case, their assumption was wrong. It borders on a fear-mongering mentality. And that takes away from a positive public reaction of real, future racist incidents.

Sure, mistakes are made. But this entire news story could have been avoided with three simple words: Huge, IF TRUE.

Instead, the media showed that they are all too ready to jump to the conclusion that a large swath of America is racist, rather than judging both incidents and people on an individual level.