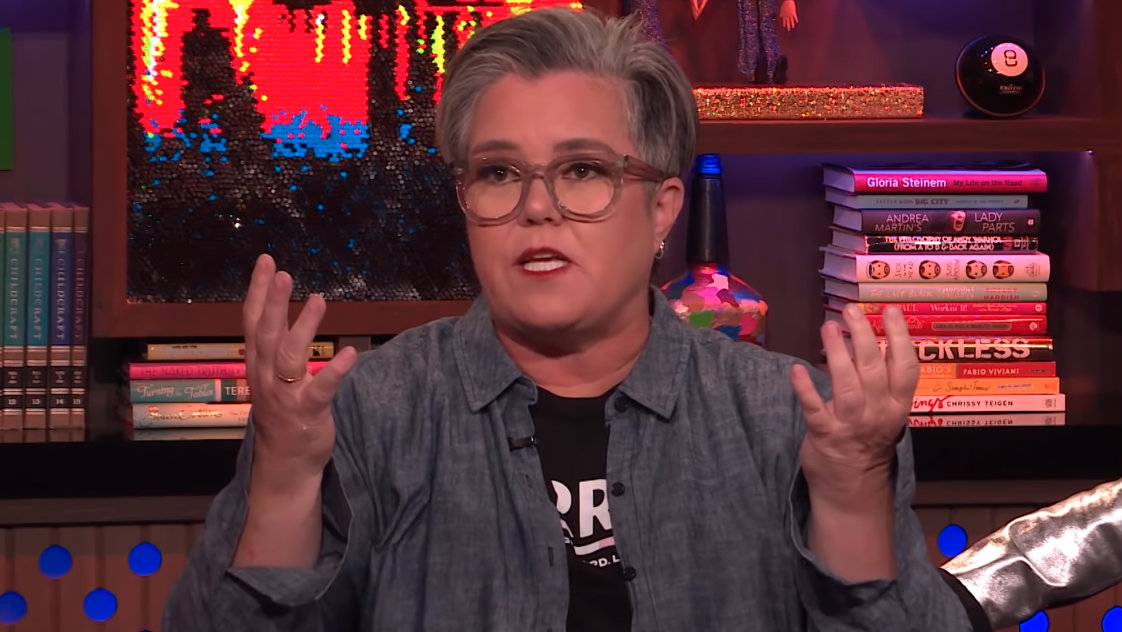 The left’s best efforts at removing President Trump ended with an impeachment acquittal on Wednesday, Feb. 5, and the man had an off-the-cuff victory speech about beating the “vicious” Dems on Thursday. How do you think lefties in Hollywood were holding up?

Lefty celebrities couldn't stand it as the commander-in-chief called Dems' efforts to remove him “bullshit” and thanked his “warriors” -- his impeachment lawyers, and loyal GOP senators and congressmen -- for sticking with him through the trial. Trump Derangement Syndrome casualties like Rosie O’Donnell and Bette Midler lost their minds over the trash talk from America’s “Orange Emperor.”

Speaking of Rosie, the washed-up comedian took Trump’s victory pretty hard. She spent all day tweeting about the president’s acquittal and went bonkers as networks broadcast his acquittal speech. She tweeted, “Kiss the naked orange emperors ass - NO NEWS PEOPLE BREAKING IN - HOW IS THIS ALLOWED #RemoveandIndictTrump.”

O’Donnell’s deluge of tweets included many nasty ones like, “THIS IS A RALLY OF LIES AND DELUSION - come on @MSNBC @maddow - #cutHIMoff,” or this gem: “the worlds turned upside down - its batshit crazy - watching them condone his lies with applause - u r evil corrupt and the biggest liar in the history of the world.”

She also appealed to the GOP members in attendance, writing, “trump is nothing - u know this inside - u fear him ? - whats he gonna do - call u a name - for gods sake people - for freedom itself #Remove45.” Yeesh, Rosie. Call someone.

Westworld actor Jeffrey Wright couldn’t stand it either. He asked, “Why's this garbage minstrel show even being broadcast?” He also brought up race, tweeting that the White House “forgot to bus in the black folks for today's lies & malevolence.” Then he called Trump “a self-pitying absolute bottom-feeding disgrace,” adding that it’s “Unreal that people buy this ridiculousness. Pathetic.” Sorry, Mr. Wright, you’ll have to wait for the election like everyone else.

Batty Bette Midler made no attempt to pretend like she was taking Trump’s win well. She tweeted, “#DonaldTrump is #TyphoidMary, a carrier & spreader of hate, poison & despair, infecting everyone unlucky enough cross his path.” Ouch.

She added, “Many of us are physically sick from him, yet he enjoys ‘perfect’ health. What is the name of a person who makes everyone sick but not sick themselves??” We’re not quite sure, Bette. Though it’s clear Trump has given you a fatal case of TDS.

90-year-old actor and vocal Twitter lefty Ed Asner piled on the outrage, tweeting, “Good thing you waited to use the BS word at your propaganda speech @realDonaldTrump. It wouldn’t have gone over well at the prayer breakfast.” He added, I hope @SenSusanCollins @lisamurkowski and @LamarAlexander are listening to this ridiculous display of narcissism.”

Hmm, you’re shocked that one of the world’s foremost trash-talkers is punching back at a three-year-long effort to remove him? Nah, you’re just tired of all the winning.