A new character assassination, er, I mean biopic about Vice President Dick Cheney is set to hit theaters this Christmas. Starring Christian Bale in the titular role, Vice appears to be less of a thoughtful political drama detailing Cheney’s role during the Bush years, and more of a gritty, gangster movie, depicting the vice president’s quest for absolute power. 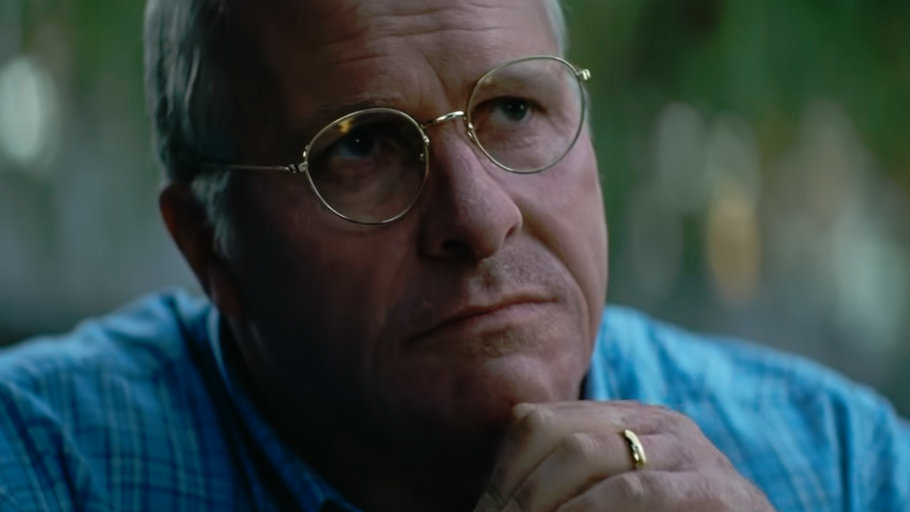 Vice is already generating an early buzz due to Bale’s remarkable transformation into the heavyset and grey-haired politician, and a bombastic first trailer that showcases what looks like Cheney’s Scarface-like ambitions for political power. Of course, the director, Adam McKay, is an avowed lefty, so it’s not hard to see that his version of the vice commander-in-chief is one of a cunning and secretive man, who seeks to consolidate power behind an unassuming, and almost bumbling, President George Bush.

It’s quite apparent from the very beginning of the trailer. George W. Bush is enjoying an outdoor lunch with a stoic and pensive Cheney, as they discuss presidential ambitions. Of course, McKay employs the comedic acting style of Sam Rockwell to portray a Bush who’s hard to take seriously — one who asks Cheney to be vice president in an almost playful manner. “I want you. You’re my vice,” he says in his animated Texas drawl.

A brooding Cheney responds, “The vice presidency is a mostly symbolic job… However if we came to a, uh, different understanding.” The trailer then jumps into a quick cut montage, showcasing Cheney’s seemingly megalomaniacal quest for power. Combined with thumping, rock background music, a swaggering Cheney is shown grinning and gripping with other politicians, scheming with Steve Carell’s Donald Rumsfeld, and meeting with Arab diplomats in the desert. It appears to fall right in in line with the lefty mythos of Cheney being a Darth Vader-like character wielding some dark power behind the throne.

Several quotes from the trailer reinforce that idea as well. Cheney’s wife, played by Amy Adams, warns the vice president, “When you have power, people will always try to take it from you. Always.” Rumsfeld also asks an older Cheney, “Are you even more ruthless than you used to be?” These quotes are all set up next to shots of war in the middle east, oil refineries, bar brawls, and culminate with Cheney’s infamous hunting accident.

The director has also made no bones about portraying Cheney as some minister of chaos either. In a 2017 interview with Deadline, the director of The Big Short discussed the upcoming Bush-era historical drama, saying that it’s “about the effects of power, on a person, on a family.”

“It’s something that we just don’t talk about enough, the psychological effects of power — of consolidated power, a centralized power, and what it does to you.”

The trailer for Vice ends by showing the caricature version of George Bush again, with a mouth full of chicken wing, asking, “So we gon’ do this thing, or what?” Cheney, with a serpent-like grin, responds, “I believe we can make this work.” And there you have it. The quintessential progressive portrayal of President Bush’s evil Republican empire, with all the actual goings-on mastered by the devious Dick Cheney.