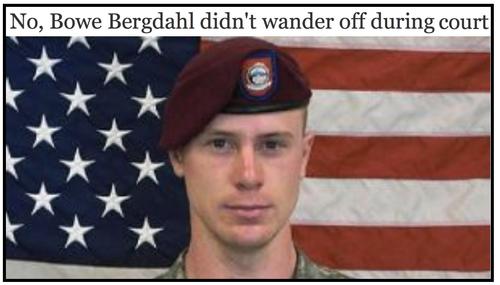 Tom Blumer
November 17th, 2017 7:43 PM
Boy, it's a good thing that Google and Facebook have enlisted "fact checkers" like the Associated Press, Snopes, and Politifact to vet questionable stories appearing in their news feeds. 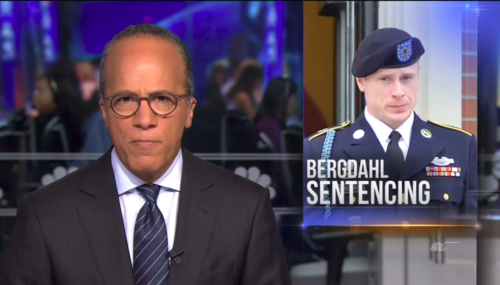 Nicholas Fondacaro
October 23rd, 2017 11:12 PM
Monday was supposed to be the sentencing hearing for Army Sergeant Bowe Bergdahl, but his lawyer motioned to dismiss the case and asserted that President Trump’s critical comments during the 2016 election swayed the military court. Both CBS Evening News and NBC Nightly News seemed to buy into the claims as they lamented how the admitted deserter would have to wait until Wednesday to learn his… 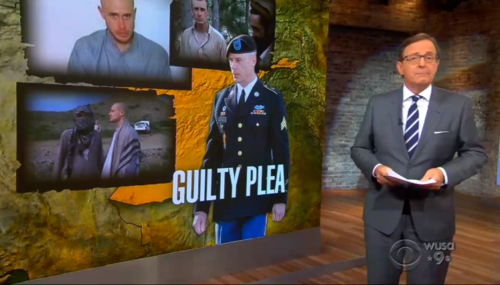 Nicholas Fondacaro
October 16th, 2017 11:48 PM
In a military courtroom in Ft. Bragg, North Carolina on Monday, Sgt. Bowe Bergdahl pleaded guilty to charges of desertion and misbehavior before the enemy and faces up to life in prison. Back in 2014, President Obama traded five dangerous terrorists to get Bergdahl back, and in a flawed political calculation, championed him as a 'hero.' Despite the massive blowback that followed the ill-advised… 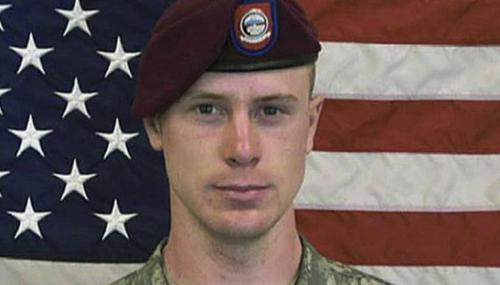 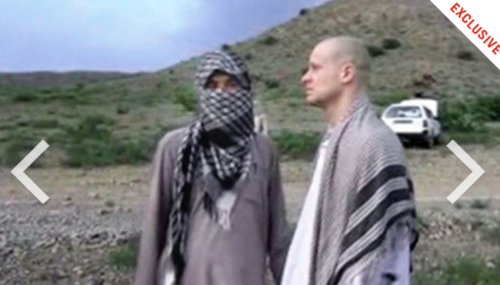 Ken Shepherd
December 8th, 2015 5:50 PM
In an exclusive story today for the Daily Beast, Shane Harris and Nancy Youssef give readers a sneak peek at the findings of an unpublished congressional probe criticizing the swap of alleged Army deserter Sgt. Bowe Bergdahl for five Gitmo detainees. 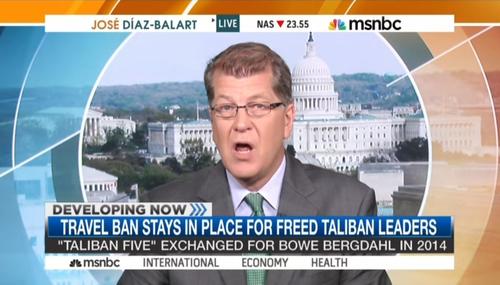 Kyle Drennen
June 1st, 2015 3:00 PM
Appearing on MSNBC’s The Rundown on Monday, The Atlantic’s Washington editor-at-large Steve Clemons dismissed criticism of the Obama administration trading five Taliban prisoners for Army Sergeant Bowe Bergdahl: “Well, look, I think we need to turn this on its head. There's been a lot of conventional reporting about the Taliban Five....These are important people, but they were largely paper… 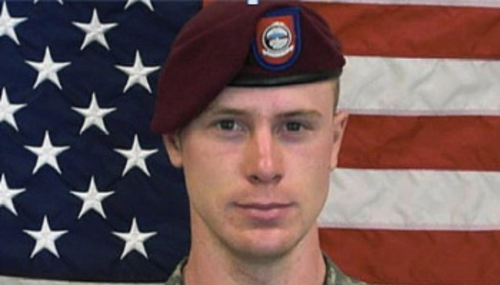 IBD: Obama Swapped For Bergdahl Only When 'Taliban 5' Release Failed

Tom Blumer
April 1st, 2015 8:13 PM
On Monday, as has been their habit going back at least to the Clinton administration, Investor's Business Daily's editorialists once again broke a story the establishment press likely could have reported years ago. IBD revealed that the Obama administration "was secretly negotiating the Taliban Five's release without (Bowe) Bergdahl." IBD reasonably believes that coming up with any reason to get… 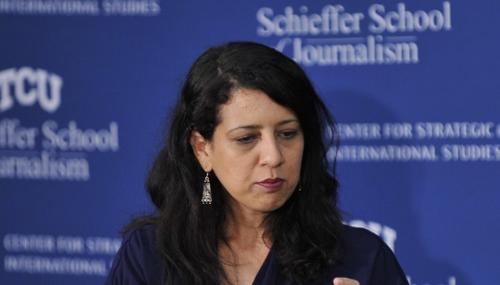 Tom Blumer
March 31st, 2015 10:40 AM
Bush Derangement Syndrome is alive, well, and living in the head of Nancy A. Youssef at the Daily Beast. In a March 26 item tagged "Fallen Hero" (?!) about the Army charging Bowe Bergdahl with "desertion and misbehaving before the enemy," the web site's Senior National Security Correspondent wrote that "the administration celebrated negotiating his release after years of failed bids by both the… 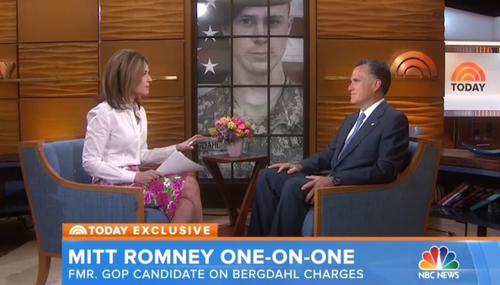 NBC's Guthrie to Romney: Bergdahl Swap if You Were President?

Kyle Drennen
March 26th, 2015 2:44 PM
In an exclusive interview with Mitt Romney on Thursday's NBC Today, co-host Savannah Guthrie wondered if the 2012 presidential contender would have traded five Taliban terrorists for Army Sergeant Bowe Bergdahl if commander-in-chief: "It was controversial. The President presumably knew the circumstance of Bowe Bergdahl's leaving his post. He said, though, leave no soldier on the battlefield. If… 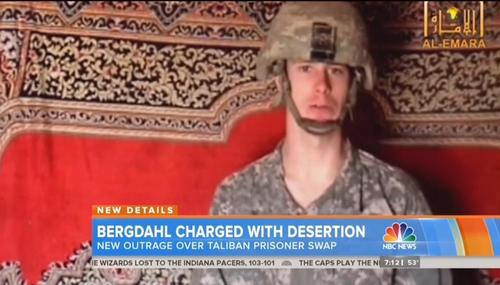 Jeffrey Meyer
March 26th, 2015 10:39 AM
Following an announcement that Sergeant Bowe Bergdahl would be formally charged with desertion and endangering his fellow soldiers, on Thursday morning, ABC and CBS continued to omit the fact that at least one member of Bergdahl’s military unit died while searching for him in Afghanistan. In addition, the “big three” (ABC, CBS, and NBC) networks once again ignored a June 2014 clip of National… 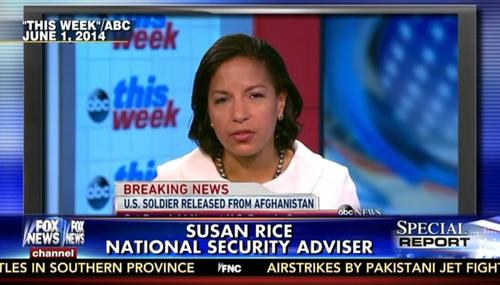 Curtis Houck
March 25th, 2015 9:39 PM
In their coverage of desertion charges filed against U.S. Army Sergeant Bowe Bergdahl, the major broadcast networks on Wednesday night failed to mention that National Security Advisor Susan Rice had praised Bergdahl for serving “with honor and distinction.” Standing in sharp contrast to this glaring omission by the “big three” of ABC, CBS, and NBC, the clip of Rice’s claim on the June 1, 2014… 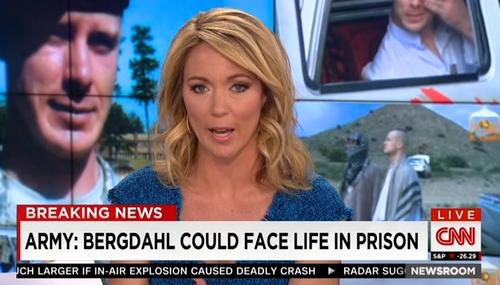 Matthew Balan
March 25th, 2015 5:42 PM
CNN's Brooke Baldwin slanted towards the sympathizers of Sgt. Bowe Bergdahl on Wednesday's CNN Newsroom, just minutes after the U.S. Army announced that the former captive would be charged with desertion. Baldwin asked special forces veteran Scott Mann, "You have those who...on the opposite end, [are] vilifying him. Again, this is someone who was held...for five years by terrorists. Is that not… 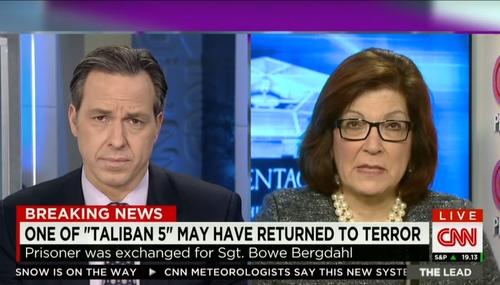 Curtis Houck
January 30th, 2015 12:57 AM
On Thursday night, the major broadcast networks declined to cover reports that one of the five Taliban detainees swapped for Army Sgt. Bowe Bergdahl in May 2014 has been seeking to rejoin the terrorism ranks by contacting Taliban members back in Afghanistan. The news, which was broken by CNN Thursday afternoon, came following reports on Wednesday from Fox News and NBC News that the Army could be… 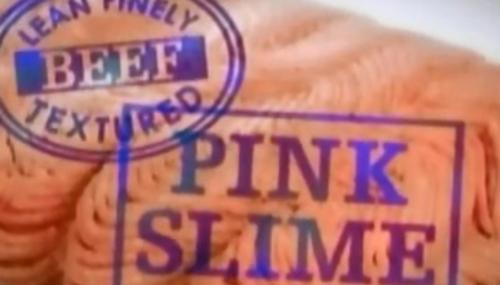 Kyle Drennen
August 22nd, 2014 10:09 AM
After Thursday's network evening newscasts ignored a report from the Government Accountability Office that the exchange of five terrorists from Guantanamo Bay for Army Sergeant Bowe Bergdahl was illegal, NBC's Today and ABC's Good Morning America remained silent on the Obama administration scandal on Friday. Only CBS This Morning made any mention of the violation of federal law, providing a…