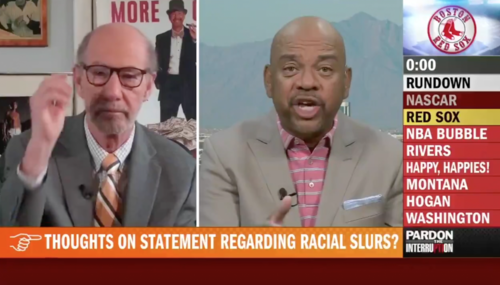 The Boston Red Sox joined many organizations in releasing a public statement about nationwide racial tensions over the last few weeks. And to ESPN host Michael Wilbon, it was long past due for the infamously liberal city to "own" their racism. 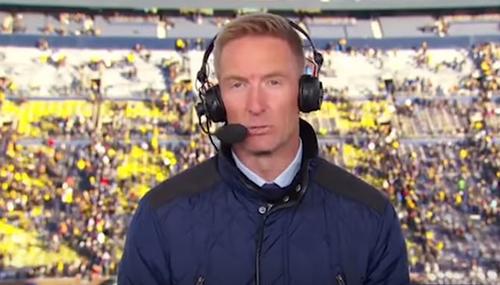 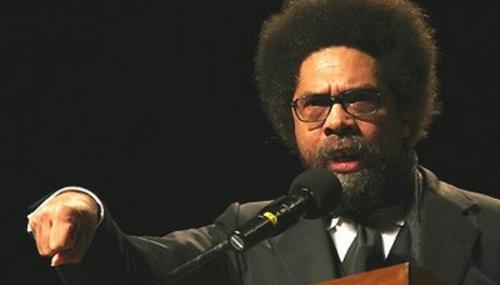 Tim Graham
July 14th, 2013 8:21 AM
President Obama played golf Saturday with ESPN "Pardon the Interruption" hosts Tony Kornheiser and Michael Wilbon -- both former sports columnists for The Washington Post. Not only that, ABCNews.com announced that on Friday, Wilbon, Kornheiser, and Tony Reali –host of ESPN’s “Around the Horn” and a long-time fact-checker for the other two ESPN hosts —… 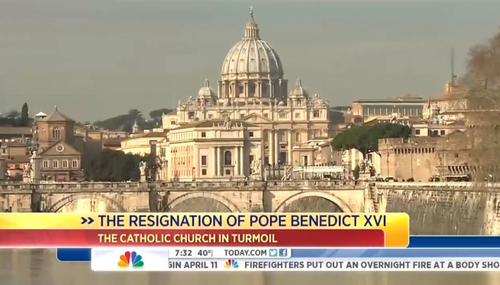 Bozell Column: The Censorious Sound on the Left

Noel Sheppard
October 18th, 2009 10:38 PM
On Sunday, ESPN host and sportswriter Michael Wilbon said conservative talk radio personality Rush Limbaugh is "univerally reviled by African-Americans." As amazing as it may seem, this was at least the second time Wilbon made this statement on national television.Unfortunately, the person he said it to Sunday -- Howard Kurtz on CNN's "Reliable Sources" -- didn't bother…

Mike Sargent
October 16th, 2009 5:11 PM
Michael Wilbon, a sports writer and columnist for ‘The Washington Post,’ has written a really entertaining column today.Entertaining, in that it’s self-contradictory in the extreme.  This column is the literary equivalent of punching an inflatable Bobo the Clown.  And of course, it has to be about Rush Limbaugh.Wilbon can’t even make it out of the first paragraph without making a contradiction…

Jeff Poor
October 7th, 2009 9:20 AM
We've already seen CNN's Paul Begala, affectionately referred to as "The Forehead" by Rush Limbaugh, and one ESPN personality, Fred Roggin, taking shots at Limbaugh on the heels of news of his interest in the National Football League's St. Louis Rams. But it was just a matter of time before the usual culprits on the left would attempt to make an issue of it, in what seems to be an…