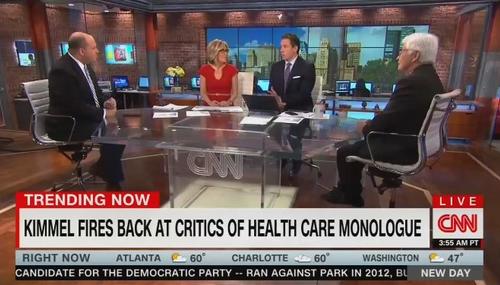 CNN Applauds Kimmel’s Health Care Position ‘No One' Should 'Dispute'

Curtis Houck
May 9th, 2017 12:43 PM
In the world of liberals, only their personal anecdotes matter and can’t be challenged. On CNN’s New Day early Tuesday morning, liberal co-hosts Alisyn Camerota and Chris Cuomo invited colleagues Brian Stelter and Bill Carter to laud ABC comic Jimmy Kimmel for his health care position that “no one should be able to dispute.” 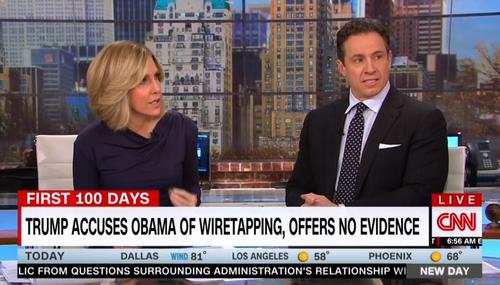 CNN: Trump Gets Info From ‘Propaganda’ ‘Not Legitimate’ Sources

Kristine Marsh
March 6th, 2017 10:40 AM
Monday morning on CNN’s New Day, hosts Chris Cuomo and Alisyn Camerota spoke with media correspondent Brian Stelter and analyst Bill Carter about Trump’s claims that he was wire-tapped by President Obama. The CNN panel took the opportunity to not just bash Trump but also blast the “illegitimate” and “partisan” right-wing sources where Trump gets his news. 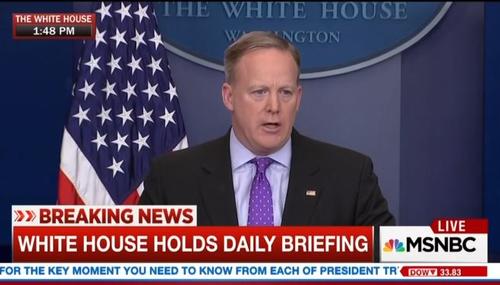 Randy Hall
February 8th, 2017 7:56 PM
After Sean Spicer's first few weeks on the job, he's become one of the targets for the “mainstream media” in their many attempts to smear and bring down the Republican occupant of the Oval Office. Along these lines, the press secretary was lampooned in a video posted on the GQ website Wednesday morning that contained 10 words he has mispronounced or misstated in his many hours… 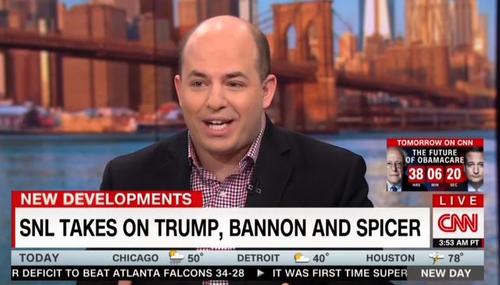 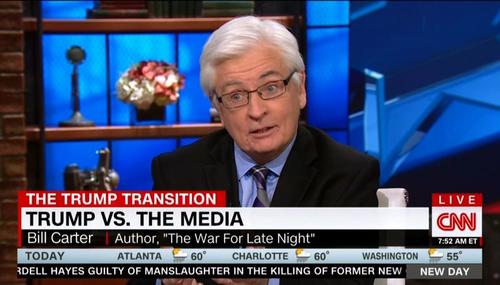 CNN Absurdly Claims Media Has ‘Always' Been Opponents of POTUS

Kristine Marsh
December 12th, 2016 2:11 PM
Monday morning on CNN’s New Day, anchors Chris Cuomo, Alisyn Camerota, and analysts Brian Stelter and Bill Carter held a roundtable discussion about the relationship between the media and the President. While Stelter fretted about Trump’s impact on the state of journalism, Carter and Cuomo laughably claimed the media has “always” been combative with the President but Trump… 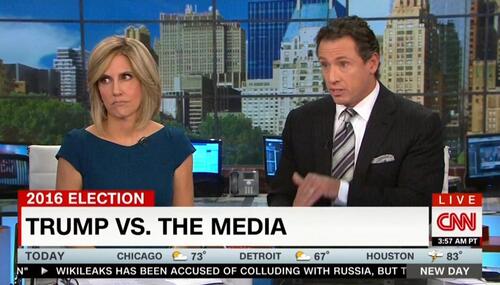 Kristine Marsh
October 11th, 2016 11:20 AM
Tuesday morning’s CNN New Day ended the first hour of the show criticizing Donald Trump for attacking the media, which isn’t unusual but then the conversation quickly turned into what some may call an overreaction. CNN began by playing a clip of a Donald Trump rally yesterday where the crowd chanted, “CNN sucks” repeatedly. The CNN panel didn’t like that one bit and… 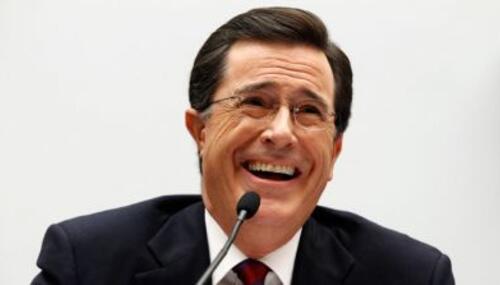 Tim Graham
December 18th, 2014 7:36 AM
Liberals are going into deep mourning over the television death of Stephen Colbert, Very Badly Disguised Liberal. They think this is an "unparalleled achievement." In Wednesday's paper, TV writer Bill Carter of The New York Times lined up all of Colbert’s competitors to call him a genius for disparaging conservatives with so much panache. “For nine years, Stephen… 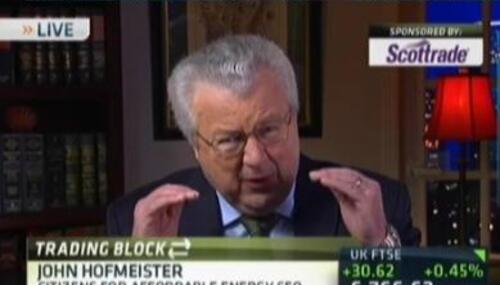 Things That Make You Go Hmm: Arsenio Calls Out Brian Williams for Igno

Geoffrey Dickens
February 19th, 2014 12:31 PM
Liberal reporters, particularly those at MSNBC, are quick to accuse conservatives of racism when it doesn’t exist. So it’s particularly amusing when they’re accused of it themselves.  Arsenio Hall, on his Tuesday night show, did just that when he noticed NBC’s Brian Williams and the New York Times left him out when they reviewed the new late night talk show scene…