A few months ago, many liberals, including much of the bloggerati, were afraid that Scott Walker had a good chance to win not only the Republican presidential nomination but also the presidency. Now that Walker’s out of the GOP race, several lefty pundits have weighed in on why.

Heather Digby Parton of Salon faulted Walker, claiming that he became “the most overrated politician in the country based largely upon the Republicans’ quixotic desire to find a leader who can put a respectable face on its increasingly disreputable base — and the media’s odd willingness to not believe what their eyes were telling them: that Walker was a terrible candidate.” 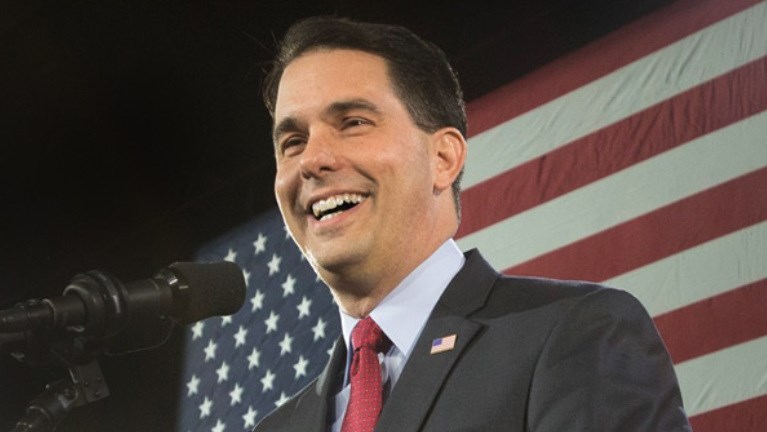 So did Charles Pierce of Esquire, who admitted he’d been “one of the people who overrated the goggle-eyed homunculus hired by Koch Industries to manage their Midwest subsidiary formerly known as the state of Wisconsin.” As it turned out, Pierce sniped, Walker was in over his head: “Confronted by opponents he could neither arrest nor hide from, Walker found that facing down Donald Trump was harder than rounding up singing Grandmas” -- a reference to certain anti-Walker protesters at the state capitol during Wisconsin’s budget battles.

The Washington Monthly’s Ed Kilgore saw Walker more as a victim of circumstances, noting that “earlier this year [Walker] offered a plausible electability argument that depended on the party moving hard right and confronting its enemies with the full power of its base’s hatred rather than compromising or ‘reaching out’ to this or that constituency of looters and loafers. This is something conservatives badly want to believe in.”

But “as the nomination contest grew more apocalyptic,” Kilgore observed, Walker couldn’t provide what the increasingly frenzied GOP rank and file craved: “In a relatively short period of time Iowa conservatives who initially thrilled to Walker’s tale of how he destroyed Wisconsin public sector unions and then was triumphantly re-elected became absorbed in much bigger struggles with the godless baby-killers of Planned Parenthood and the criminal immigrants pouring over our open borders and Barack Obama’s alliance with the Ayatollahs and so on and so forth.”

Finally, Jonathan Chait of New York magazine suggested that the Badger State governor was brought down by his own hype, his own mistakes, and the Donald:

Walker had spent his entire adult life developing an almost superhuman fealty to the principles of the modern Republican Party, its Reaganolotry, and, above all, a ruthless commitment to crushing its enemies beneath his boot heel. If there was anything that gave Walker joy…it was the goal of wiping organized labor off the map. As Grover Norquist enthused in May, “when you meet him, it’s like seeing somebody who sits on a throne on the skulls of his enemies”…

Walker’s poor debate showings may have done him more damage than it even appeared at the time. When your essential selling point is that you are a winner, you are unusually vulnerable if you start to look like a loser. It grew increasingly difficult to envision Walker sitting on a throne of skulls when he sat meekly at the foot of Donald Trump. And Trump’s rise surely destroyed Walker more than anybody else.