Evidence that leftist bias has deeply infected local and regional news coverage arrived in the form of the "Top Stories of 2016" poll results at the Associated Press last week.

In an exercise performed since 1936, the AP's "annual poll of U.S. editors and news directors" asked participants to identify the top 10 stories of 2016. "Black Men Killed by Police," referring to the controversial killings of two black men by non-black cops, made it to number three. "Attacks on Police" (note: not "Murders of Police") which took "at least 20 lives,", only got to number six. Rising crime in the U.S., including an increase exceeding 50 percent in homicides in Chicago, didn't make the list, and appears not to have even been a close runner-up.

Results in hand, AP National Writer David Crary did his part to twist the descriptions of the two related "Top 10" entries (bolds are mine):

3. BLACK MEN KILLED BY POLICE: One day apart, police in Baton Rouge, Louisiana, fatally shot Alton Sterling after pinning him to the ground, and a white police officer shot and killed Philando Castile during a traffic stop in a suburb of Minneapolis. Coming after several similar cases in recent years, the killings rekindled debate over policing practices and the Black Lives Matter movement.

... 6. ATTACKS ON POLICE: Ambushes and targeted attacks on police officers in the U.S. claimed at least 20 lives. The victims included five officers in Dallas working to keep the peace at a protest over the fatal police shootings of black men in Minnesota and Louisiana. Ten days after that attack, a man killed three officers in Baton Rouge, Louisiana. In Iowa, two policemen were fatally shot in separate ambush-style attacks while sitting in their patrol cars.

The U.S. presidential election topped the poll, and the "Brexit" vote in the UK was number two.

Concerning number three, Crary's description of the Alton Sterling killing makes it appear as if the officers involved were obviously at fault, ignoring very pertinent known facts, namely that they were responding to a 911 call involving a man who had brandished a gun, that Sterling had a crowded 20-year rap sheet, and that the case remains under U.S. Department of Justice investigation.

As to Philando Castile, the officer who killed him, Jeronimo Yanez, is a Mexican American. Considering that Crary created the impression that police officers killing black men is a purely "black-and-white" issue, that's quite an omission — especially considering that the press frequently described George Zimmerman, the man who killed black teen Trayvon Martin in self-defense in Florida in 2012, as a "white Hispanic." Additionally, Yanez has been charged with manslaughter. In other words, the wheels of the justice system are turning.

Crary's mention of Black Lives Matter, the movement whose members frequently advocate or condone violence against cops, was completely gratuitous. BLM officially recently praised Fidel Castro, Cuba's brutal dictator who died in November, for harboring convicted killers of U.S. cops. So why does the group deserve any standing in these matters? Crary's mention irresponsibly gives free favorable publicity to an outfit which deserves nothing but public opprobrium. 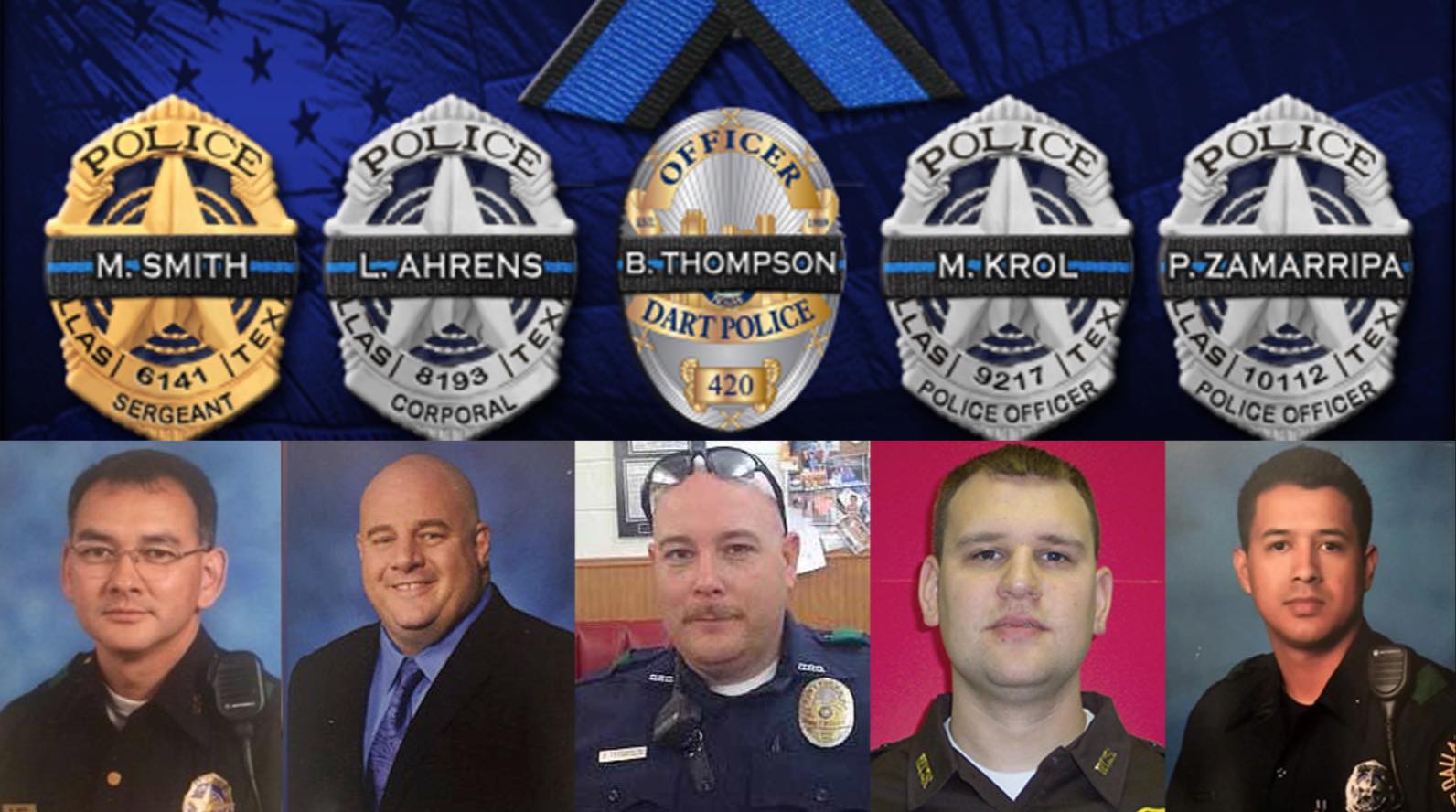 Looking at the bigger picture, through mid-December, the National Law Enforcement Officers Memorial Fund reports 64 police officers killed in firearm fatalities this year, the most in five years and a 50 percent increase over 2015. According to CNN, that result "includes two incidents in which an officer was accidentally shot by another officer." It's difficult of determine from CNN's detailed list how many of the remaining 62 were "ambushed" or "targeted," but the fact remains that being a cop merely by virtue of wearing the badge became far more dangerous in 2015 than the AP's "at least 20" description would imply.

Crary also ignored the most chilling dimension of several of the fatal attacks on police officers in 2016, including those in Dallas and Baton Rouge, namely that they involved black men specifically targeting white cops. Crary's vague description of the five killings in Dallas might actually lead some readers who missed the original story to believe that they were committed by someone opposed to those who were protesting. He also completely ignored the stated motivations behind killer Gavin Long's murder of three cops in Baton Rouge (one of them black), namely Long's call "for violence against white America."

Additionally, I should note that "U.S. editors and news directors" considered the two "Black Men Killed by Police" a slightly more important story than Omar Mateen's Pulse Nightclub massacre of 49 in Orlando, Florida, which came in at number four. At least Crary acknowledged that Mateen "pledged allegiance to the Islamic State."

Meanwhile, the nationwide increase in homicides which began shortly after Michael Brown, who was, according to a grand jury, killed in self-defense in August 2014 by a police officer in Ferguson, Missouri, didn't crack the Top 10. It wasn't even an alternate.

Crary identified the list of alternates as including "Europe's migrant crisis, the death of longtime Cuban leader Fidel Castro, and the spread of the Zika virus across Latin America and the Caribbean." If that's the complete list from which those submitting entries could choose, AP is partially complicit in twisting the poll's results. If the 2016 increase in violent crime, particularly murders, in the U.S. was eligible for consideration and "U.S. editors and news directors" ignored it, shame on them.

So "U.S. editors and news directors" consider two controversial killings of black suspects by cops in 2016 a more important story than this year's frightening increase in the targeting of cops, particularly the racially motivated targeting of cops. That placement betrays a warped sense of priorities which almost certainly adversely affects the quality and credibility of local and regional news coverage. Leftist establishment press media bias is clearly not isolated to national news outlets.