NPR Eulogy Honors 'Pakistan's Mother Teresa' ....But Trashed the Original One When She Died

NPR.org published an article on Friday headlined “Abdul Sattar Edhi, Known As 'Pakistan's Mother Teresa,' Dies At 88.” Edhi was a Muslim man, not a Catholic nun, so...NPR didn’t run around looking for his harshest critics as they did for Mother Teresa in 1997.

Charity was a "central tenet of Islam," NPR reported this week, but they turned to leftist Christopher Hitchens in 1997 to decry Mother Teresa and her Catholic "enthusiasm for the dignity of poverty as 'Middle Age theology,' a destructive comfort to keep people poor." 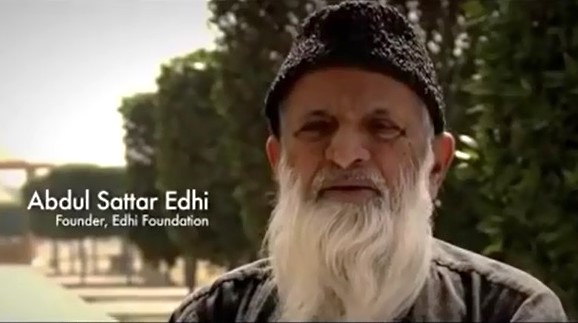 Widely admired for his stubborn integrity - he only accepted private donations, refusing government offers of support - and commitment to helping Pakistan's destitute and forgotten, Edhi was often referred to as "Pakistan's Mother Teresa." He saw charity as a central tenet of Islam and lived humbly with his wife, Bilquis, in the same building as his organization's offices.

But unlike Mother Teresa, Edhi had to operate in the face of death threats and other obstacles. In past years, his ambulances were attacked, as were volunteers who worked for his organization. Islamists occupied one of his Karachi facilities, and the baby cradles he and Bilquis set up to accept unwanted babies were criticized as encouraging out-of-wedlock births.

Mother Teresa will be officially recognized as a saint (canonized) by the Catholic Church on September 4. Back in 1997, MRC founder Brent Bozell explained how NPR handled the Mother Teresa obituary:

But the most classless media attacks on Mother Teresa came from National Public Radio, especially Scott Simon's All Things Considered obituary on the night she died, which awarded a platform to the wretched Christopher Hitchens and his book-length, tastelessly titled attack, The Missionary Position.

Simon declared: "It wasn't her support of the Church so much as her tolerance of tyrants and criminals that began to draw criticism in the 1980s. She accepted millions for her missions from the dictatorial Duvalier family in Haiti, and from convicted savings and loan executive Charles Keating in the United States....Hitchens criticized Mother Teresa's enthusiasm for the dignity of poverty as 'Middle Age theology,' a destructive comfort to keep people poor, rather than give them the means or inspiration to rise up."

NPR was much nicer to Hitchens when he passed away in 2011. His slashing attacks on Mother Teresa were whimsically recounted as some kind of incorrigible naughty-boy atheism, while they skipped over Hitchens critiques of al-Qaeda and radical Islamists.

This is from the transcript on September 5, 1997, where Mother Teresa inspired a debate instead of an obituary.

SIMON: Mr. Hitchens criticized Mother Teresa's enthusiasm for the dignity of poverty as "Middle Age theology," a destructive comfort to keep people poor, rather than give them the means or inspiration to rise up.

HITCHENS: She never opened a modern clinic anywhere. She never used modern methods of medicine. She didn't set out to cure disease or to ease pain -- only to invest it with the odor of sanctity.

WILLIAM CARDINAL KEELER, ARCHBISHOP OF BALTIMORE: I wonder if the people who make those kinds of observations have ever spent some time with Mother Teresa or with her Sisters in one of their homes. 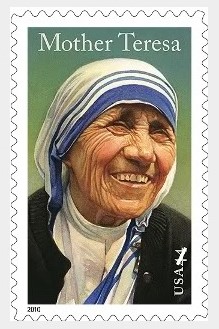 SIMON: William Cardinal Keeler is the Archbishop of Baltimore; was a friend of Mother Teresa's; and helped her open an AIDS hospice in his city.

KEELER: I see men who are dying of AIDS who can't be handled in their own home for one reason for other -- their own family home; maybe they don't have a family home -- having a sense of dignity in their final days, precisely because the Sisters are willing to give themselves to their care.

I suspect the poor people that are dying in the streets of Calcutta and who are cared for in Mother Teresa's home would not otherwise be out organizing their, you know, some sense of rage; some expression for social change. They'd be just dying. And so I -- you know, I hear people -- I hear the kind of concern that's expressed, but I don't think it really addresses the real situation of those whom the Sisters are helping.

KEELER: I don't think that Mother Teresa, when she accepts help from people, is running any kind of a FBI check on them. She is casting out a very wide net, saying if you want to help the poor, I can help you help the poor. And I -- just from my own acquaintance with her, I know that any individual meeting she would have with anybody would be a challenge to that individual to look into his heart or her heart before the Lord to see how one stands before God.

SIMON: Does accepting money, though, from people like the Duvaliers who, I think on pretty good authority, as you know in your Order, who were accused of being murderous toward the people of Haiti -- allow people to sanctify behavior that's scurrilous and outrageous?

KEELER: I wasn't there when she visited Haiti. I have, however, visited Haiti and visited the home that her Sisters run there, and they're taking care of abandoned babies. And what I see there is a very -- she would say a very beautiful gift to God.

This "outrage" toward Haitian dictators in no way matches NPR's usual ardor for Fidel Castro's communist dictatorship in Cuba. (The Castro brothers were a "holy trinity.") To see the opposite of the Mother Teresa obit, also see NPR's 2010 valentine to radical lesbian feminist Mary Daly.

Simon suggested she was a canny publicist, that wizened old nun: “Mother Teresa seems not to have become a worldwide eminence without learning how her image can be most capably communicated. Worshiping with these Austrians, for example, Mother begins in a wordless murmur, but picks up the prayer in well- enunciated English as our microphone floats near.”