The Media May Hate Brutal Putin Now, But Gushed Over ‘Mighty’ Soviet Union Then 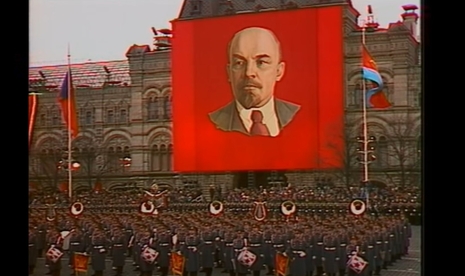 As the crisis in Ukraine escalates, threatening Europe and the world, journalists and media outlets have rightly and consistently highlighted the cruel aggression of former KGB agent Vladimir Putin.

However, the same outlets that now showcase the horror of an attempted restoration of the Soviet Union previously gushed about the glory days of a regime that murdered 20 million people.

MRC analysts dug into our archive for the worst examples of cheering the Soviet Union. They include: Mike Wallace in 1990 suggesting that “many Soviets” are “almost longing” for the “brutal order” of Stalin, a CBS host describing the end of communism as simply being “freer to hate.”

But the worst of all came from a documentary by CNN creator Ted Turner. In 1988, he produced Portrait of the Soviet Union for his TBS superstation. It's so bad, the series would make even the propagandists at RT blush.

“The Soviet Union, draped in history, born of bloody revolution, bound together by a dream that is still being dreamt. It is the dream of a socialist nation marching toward the world’s first communist state. The Soviet Union, a mighty union... Once, the Kremlin was the home of czars. Today it belongs to the people....Atheist though the state may be, freedom to worship as you please is enshrined in the Soviet Constitution....Modernization on a grand scale. A great success.”
— Actor Roy Scheider narrating the seven-hour Portrait of the Soviet Union on CNN founder Ted Turner’s TBS, March 20, 1988

It wasn’t long after the fall of Communism that journalists began nostalgically longing for the days without annoying democracy:

“Yes, somehow, Soviet citizens are freer these days — freer to kill one another, freer to hate Jews....Doing away with totalitarianism and adding a dash of democracy seems an unlikely cure for all that ails the Soviet system.”
— Co-host Harry Smith on CBS This Morning, February 9, 1990.

“Many Soviets viewing the current chaos and nationalist unrest under Gorbachev look back almost longingly to the era of brutal order under Stalin.”
— CBS’s Mike Wallace on 60 Minutes, February 11, 1990.

“The Soviet people have become accustomed to security if nothing else. Life isn’t good here, but people don’t go hungry, homeless; a job has always been guaranteed. Now all socialist bets are off. A market economy looms, and the social contract that has held Soviet society together for 72 years no longer applies. The people seem baffled, disappointed, let down. Many don’t like the prospect of their nation becoming just another capitalist machine.”
— CNN Moscow reporter Steve Hurst on PrimeNews, May 24, 1990.

“For more than 70 years, Russia dreamed the Soviet dream: the dream of a classless society, the dream of a workers’ paradise. The classless state is now a state with a growing population of haves and an exploding population of have-nots. For many, the workers’ paradise has become a homeless hell.”
— ABC’s Morton Dean, January 14, 1994 on Good Morning America.

It wasn’t just the ‘80s and ‘90s either. In 2014, NBC’s Stephanie Gosk hyped mass killer Joseph Stalin’s plans for the Moscow subway system:

“When it came time to build this subway, they had to dig deep, very, very deep. Stalin promised the metro would be a palace for the people, and so it is. Open architecture, mosaics, even chandeliers.”
— NBC reporter Stephanie Gosk, reporting from the Moscow subway system on the February 17, 2014 Today.

(For more infamous examples, see our expose from the 20th anniversary of the fall of Communism: Better Off Red.)

The world is now dealing with the present-day threat of an ex-KGB agent who wants to restore the glory of the Soviet Union. Media outlets condemning Putin in 2022 are correct. But in the ‘80s, ‘90s and into the 2000s, they nostalgically longed for the good old days of Communism. Sadly, the world is seeing the brutal reality of what that really means.