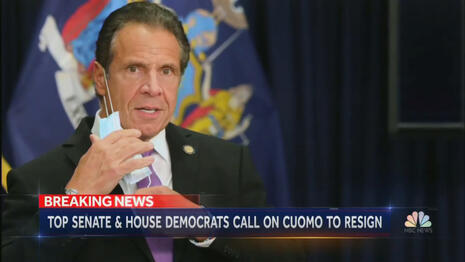 Just three months ago, the airwaves were filled with damaging news about New York’s Democratic Governor Andrew Cuomo, accused of harassing at least nine women, as well as concealing the true toll of nursing home fatalities in the early months of the coronavirus pandemic.

Yet like a light switch, the broadcast networks abruptly ended their negative coverage of Cuomo in late March. Between January 28 and March 29, Media Research Center analysts tallied just over 100 minutes of Cuomo scandal coverage on ABC, CBS and NBC’s evening newscasts, yet not a single second in the 12 weeks that have followed. 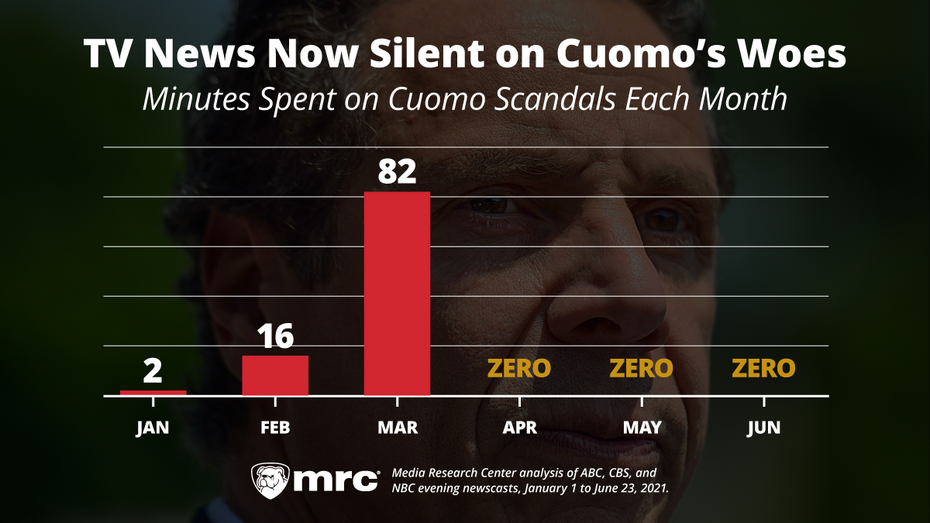 It’s not as if Cuomo himself has disappeared from TV, just his scandals. Since late March, these newscasts have featured Cuomo in a dozen evening news stories about the state’s pandemic response, in coverage that echoes the positive treatment they awarded the governor in 2020.

On the May 3 Evening News, for example, CBS’s Mola Lenghi allowed Cuomo time to tout New York’s “smart reopening.” Then on June 15, ABC’s Stephanie Ramos ran a clip of the governor congratulating himself as most pandemic restrictions were finally removed: “What New York has done is extraordinary.”

As the liberal media help the scandal-scarred Cuomo project an aura of normality, viewers aren’t hearing the whole story: 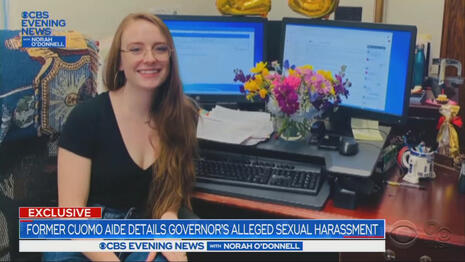 ■ Sexual Harassment: Earlier this year, the top Cuomo scandal in terms of airtime were the accusations of sexual harassment leveled against the governor from nine different women (81 minutes). Yet for all of the interest they showed in February and March, those newscasts failed to report Cuomo’s tin-eared deflection on May 13 that the problem wasn’t what he did or said, it was that the women felt “uncomfortable.”

The networks also failed to mention a June 8 report from the Washington Post that the New York state attorney general’s investigation had expanded and was now “seeking to determine whether laws banning retaliation against sexual harassment victims were broken.” One of Cuomo’s accusers, former staffer Lindsey Boylan, “said her personnel file was leaked in an effort to smear her.” 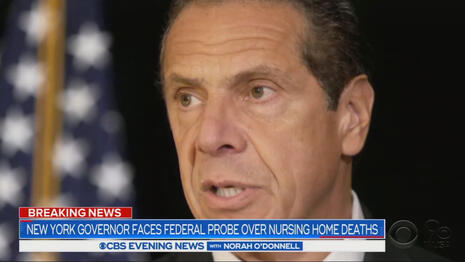 ■ Nursing Home Deaths: From January through March, the networks spent 17 minutes covering Cuomo’s nursing home scandal, but have since refused to cover new developments. Thus, none of the Big Three mentioned an April New York Times report detailing that “the effort by Gov. Andrew M. Cuomo’s office to obscure the pandemic death toll in New York nursing homes was far greater than previously known....Cuomo’s most senior aides engaged in a sustained effort to prevent the state’s own health officials, including the commissioner, Howard Zucker, from releasing the true death toll to the public or sharing it with state lawmakers.”

Then in June, the New York State Bar Association blamed Cuomo’s early 2020 directive for driving up the death toll in the state’s nursing homes, and concluded that it “remained in effect weeks longer than necessary.” As NewsBusters showed, none of the three broadcast networks found this bombshell worthy of time on their evening newscasts.

■ $5 Million Book Deal: On March 31, the New York Times reported Cuomo’s “most senior aides” moved to “reshape a report about nursing home deaths in a way that insulated the governor from criticism and burnished his image,” just as Cuomo was on the brink of securing a multi-million dollar book deal.

In early May, the public learned just how lucrative Cuomo’s book deal was: $5.12 million, with more than $3 million remaining after deducting legal and editing expenses. According to the Albany Times Union, in late May “Cuomo’s office denied three Freedom of Information law requests” for public records that would show whether or not governmental staff had spent time working on Cuomo’s book. The denial was based on a legal argument that a state ethics commissioner called “absurd.”

Of course, none of these revelations found their way to ABC, CBS or NBC evening news viewers. 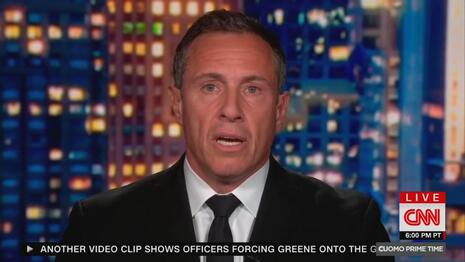 ■ The Chris Cuomo Connection: The governor’s scandals have also ensnared his brother, CNN host Chris Cuomo, but the networks have barely noticed. On March 25, ABC and CBS gave a combined 62 seconds — and NBC gave nothing —  to accusations Andrew Cuomo ordered “prioritized coronavirus testing on the governor’s relatives as well as influential people with ties to the administration,” with a top health department official forced to go to Chris Cuomo’s residence on Long Island to administer his test.

Then in May, the Washington Post revealed that CNN’s Cuomo “encouraged his brother to take a defiant position [on the harassment accusations] and not to resign from the governor’s office,” advice Andrew Cuomo seems to have taken. None of the Big Three evening newscasts said a word about this chapter of the Cuomo family scandal.