Barnicle on Hillary Email: 'Haven't Spoken to Anyone Who Believes There's an Indictable Offense'

Mike Barnicle's a guy from the Duke Ellington era, so I suppose it makes sense if he doesn't "get around much anymore."  How else to explain his nonsensical statement on today's Morning Joe? When Joe Scarborough asked him why the FBI investigation of Hillary's email is taking so long, Barnicle said "I have not spoken to anyone who believes there is an indictable offense that has occurred."

Responded Scarborough sarcastically: "you're talking to a very tightly focused crowd there," adding that people in the intel community say "anybody else would be in prison right now." The befuddled Barnicle reversed himself moments later, saying "there's a couple of people I've spoken to who, you know, think that there should be sort of a Petraeus ruling on it, at a minimum." Petraeus was indicted and convicted of a misdemeanor for his mishandling of email. So which is it, Mike?

Note: Barnicle made not one but two absurd statements. In addition to claiming that nobody he's spoken with thinks there's an indictable offense, he suggested that the authorities might be waiting for something "horrific" to happen on a Friday afternoon to issue their findings. Mike, it doesn't matter what happens on a Friday afternoon. If Hillary is indicted, even the MSM is going to have to blast it all over the news.

JOE SCARBOROUGH: Mike, why is the FBI investigation taking so long?

MIKA BRZEZINSKI: Can't they put it away?

JOE: -- cause it's a clear mishandling of classified information --

JOE: No, it is. Whether you bring an indictment against Hillary Clinton or those around her, it is a clear mishandling of classified information. It doesn't take this long. Why is the FBI dragging their feet? What political reason? What is their political motivation for dragging their feet?

MIKE BARNICLE: Well, it depends on who you talk to in Washington about why it's taking so long. Some say it's the unnerving bureaucracy within the Justice Department and the FBI --

NICOLLE WALLACE: -- in the State Department for a while, too. 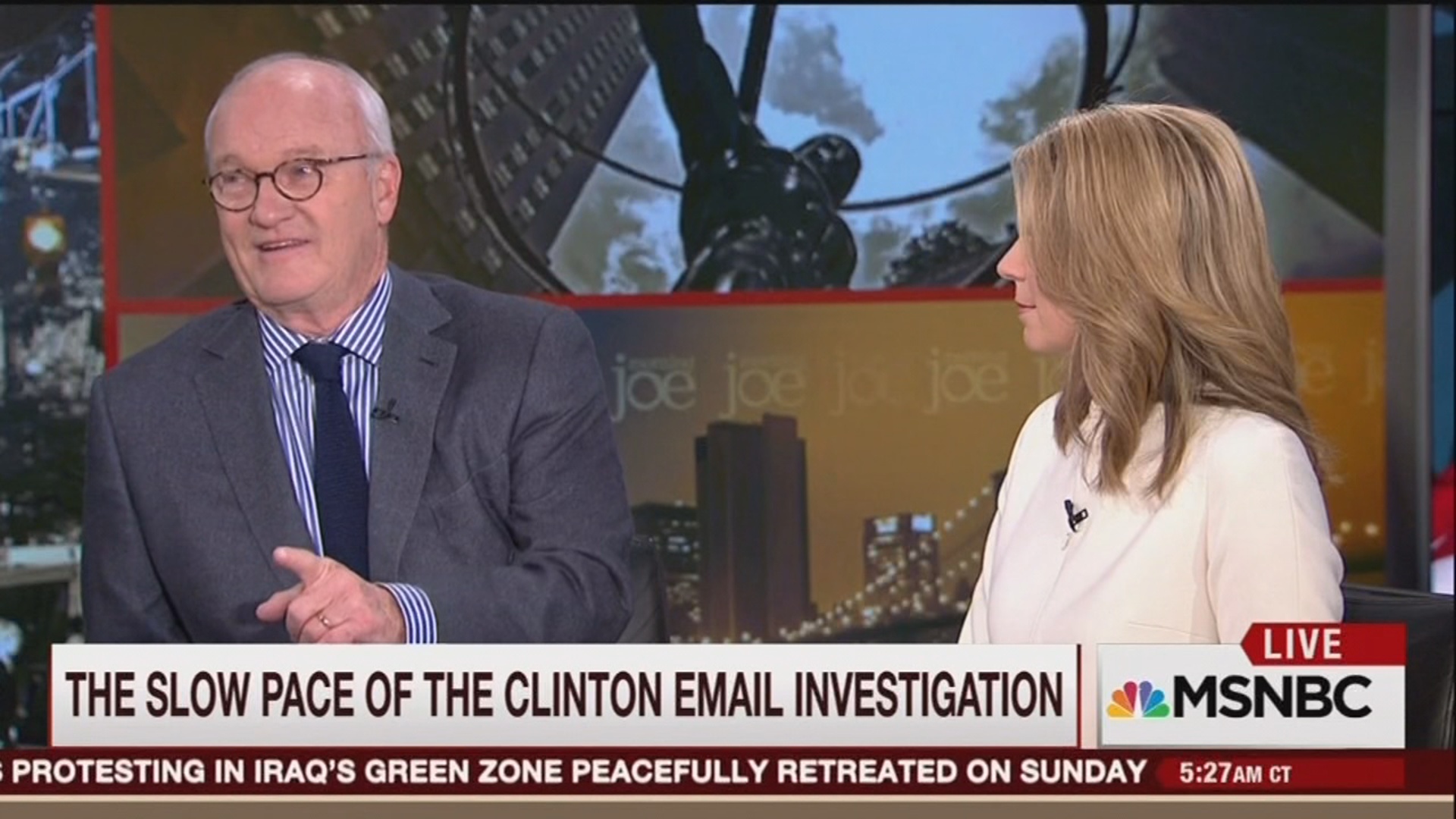 BARNICLE: It took such an extended period of time for the State Department to get sort of everything they needed to get to Justice. And then there is the theory that they're waiting for something horrific to happen on a Friday afternoon, that has nothing to do with this and then they release what they release for the weekend. I have not spoken to anyone who believes there is an indictable offense that has occurred, and that is going to be the result of the investigation. But to the extent, the time-consuming extent of this --

JOE: All I can say is is you're talking to a very tightly focused crowd there.

BARNICLE: Not really! There's a couple of people I've spoken to who, you know, think that there should be sort of a Petraeus ruling on it, at a minimum.