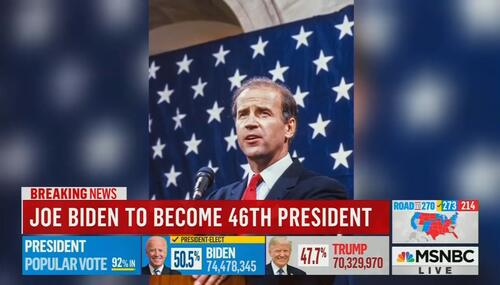 MSNBC's Meacham: National Nightmare Is Over, Voters Kept the Republic

MSNBC's self-proclaimed non-partisan, Biden-supporting historian Jon Meacham reacted to the news that Biden has been declared president-elect by claiming that our long national nightmare is over and that the voters have kept the republic. 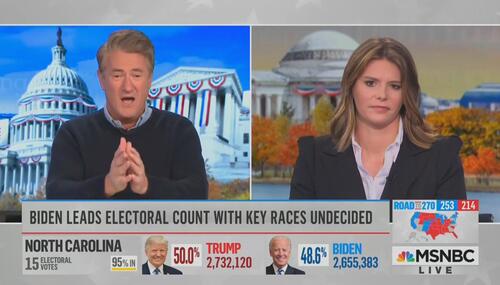 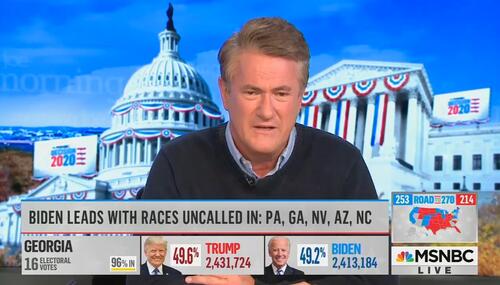 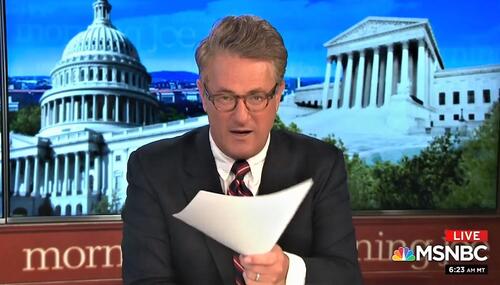 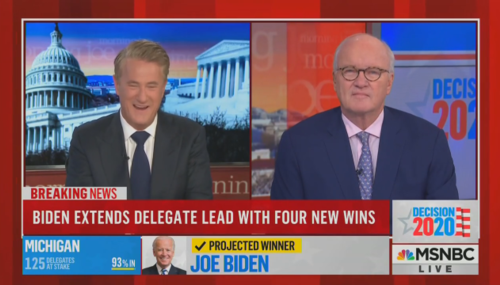 Mark Finkelstein
March 11th, 2020 8:17 AM
Joe Scarborough proved once again this morning that there is virtually nothing that the liberal media can't spin into a positive for one of its own. On today's Morning Joe, Scarborough claimed that Joe Biden telling a construction worker that he was "full of s---" on gun control was proof of Biden's humanity, and that he was a "fighter." 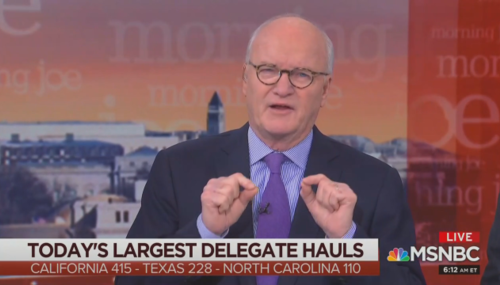 Mark Finkelstein
March 3rd, 2020 8:17 AM
Just two weeks ago, Joe Scarborough was penning what amounted to a political eulogy for Biden. Today, the show was portraying Biden as a virtual goliath. Leading the pack was Mike Barnicle, who claimed that in the free media that followed his South Carolina win, Biden: "looked like an ordinary empathetic, humble, compassionate human being. A striking contrast to the president of the… 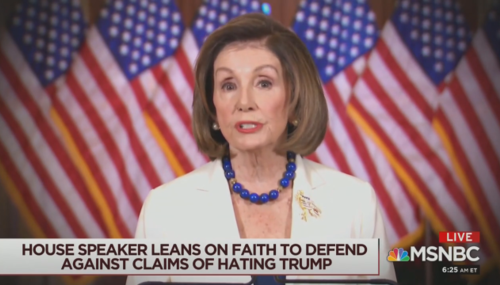 Morning Joe and the Beatification of Blessed Nancy Pelosi 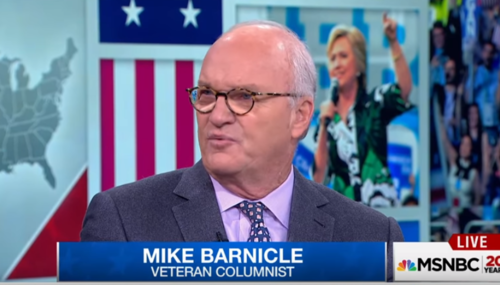 Alex Christy
November 21st, 2019 12:15 PM
As impeachment frenzy sweeps the nation it has become clear that both sides are cite the transcript of the July 25 phone call between President Trump and Ukrainian President Volodymyr Zelensky as their key piece of evidence to make their respective arguments. MSNBC's Joe Scarborough and Mike Barnicle naturally did the same on Tuesday before the day's events on Capitol Hill got… 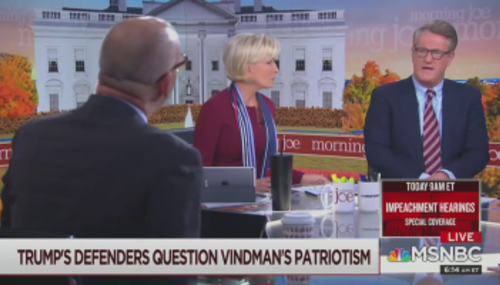 Mark Finkelstein
November 20th, 2019 8:39 PM
The liberal media is not known for its deep and abiding respect for the US military. Yet in the opening segment alone of today's Morning Joe, there were no fewer than nine instances of members of the panel referring to Lt. Col. Alexander Vindman as a "hero" or Purple Heart recipient. For good measure, Mike Barnicle melodramatically described him as "wearing the cloth of our… 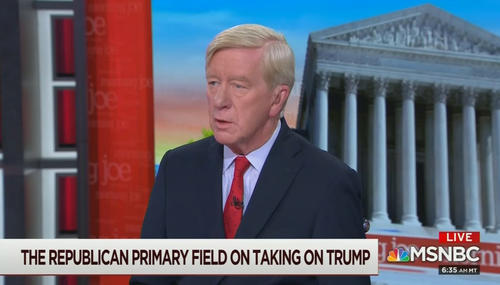 Curtis Houck
September 23rd, 2019 1:50 PM
MSNBC’s Morning Joe stooped to a new low on Monday morning when the assembled panel refused to condemn 2020 Republican presidential candidate Bill Weld’s insistence that President Donald Trump should be put to death because, in his mind, he’s committed treason for his conversations with the Ukrainian president. Not only that, but Weld twice made this case while panelists Mike… 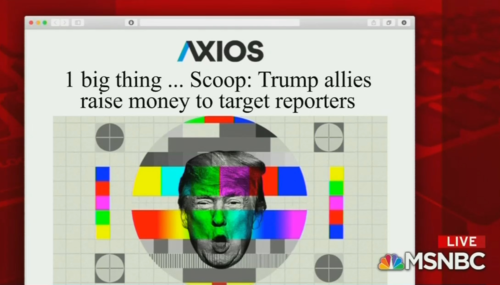 Kyle Drennen
September 3rd, 2019 2:05 PM
Appearing on MSNBC’s Morning Joe on Tuesday, Axios co-founder Jim VandeHei warned that allies of President Trump were raising money to fund a campaign calling out media bias. The reporter decried the move as “an escalation of what he’s been doing in going after the media” while others on the liberal morning show warned of Trump injecting a “poison” and “… 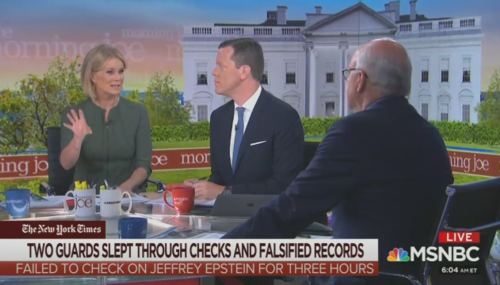 'One Coincidence Too Many:' Morning Joe Floats Epstein Conspiracy

Mark Finkelstein
August 14th, 2019 11:10 AM
Looks like Epstein conspiracy theories are catnip for the Morning Joe gang. Two days ago, we noted that Joe Scarborough had tweeted out a bizarre theory based on Russsian involvement, and suggested that it was "bullshit" to label Epstein's death a suicide. The irony/hypocrisy of Scarborough's assertion was that he proceeded to condemn President Trump for having retweeted another… 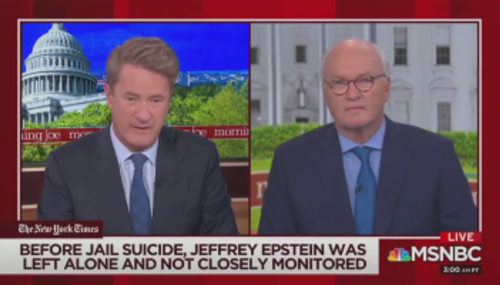 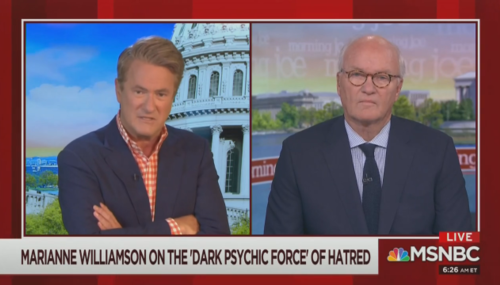 Mark Finkelstein
July 31st, 2019 11:42 AM
On Morning Joe, discussing last night's Democrat debate, Joe Scarborough says Americans don't want to hear about the details of the Bernie Sanders "Medicare for All" plan. Instead, says Scarborough, they want to hear about how President Trump is a bigot and a racist, and how "he's appointing federal judges that don't respect precedent." As if liberal judges…