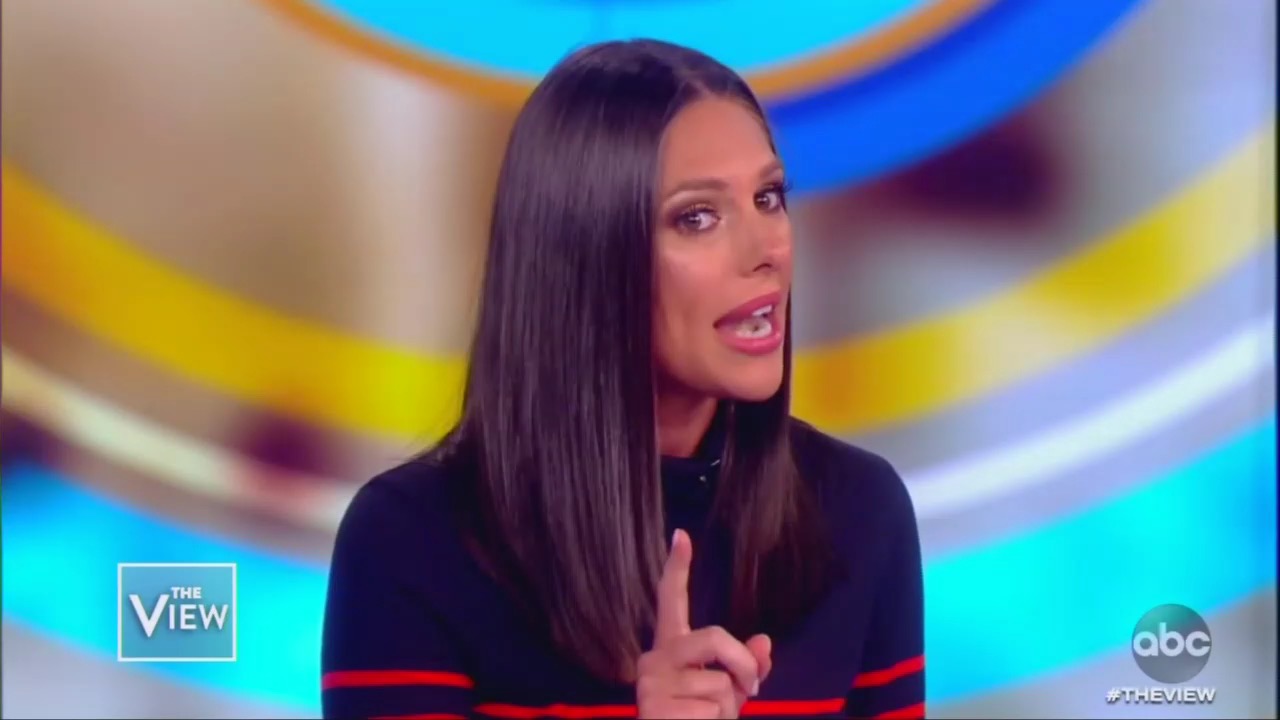 The View’s “moderate” co-host Abby Huntsman came out swinging against the New York Times Monday morning, for publishing a hit piece that was full of holes against Supreme Court Justice Brett Kavanaugh. Nearly a year after his nomination was tarnished by a media-hyped baseless accusation of attempted rape, the paper was back at it again this weekend publishing another dubious account of sexual misconduct that was even not corroborated by the alleged victim herself. Huntsman gave the liberal paper a harsh rebuke, warning them that they were helping to re-elect President Trump.

The View was actually better at covering this story than the networks were. They led the discussion by pointing out that the female student whom Kavanaugh allegedly forced his genitals onto during a college party, didn’t even remember the incident. Huntsman eviscerated the Times’ lack of “journalistic integrity” for publishing a “tabloid” like story:

When you are talking about journalistic integrity and why you look at the American public on media, and their views on it, and why it is so low -- I grew up watching my dad read The New York Times and I would read it with him, and it was a place where I knew there was sourcing at least beyond one name, and now we're in this place where there isn't a difference sometimes between tabloid news and a New York Times article. That to me is really sad and frankly it plays right into the President's hands. When he talks about the media it plays into his base.

She then reprimanded the liberal paper for “helping” re-elect President Trump with their “sloppy and lazy” reporting:

So, New York Times, congratulations. If the president gets re-elected, you are helping him get there. Because when you write pieces like this, it's sloppy and lazy. There was not one name in there that was directly involved in anything that happened. That was named in this piece. Not one.

Again, Huntsman hit the media hard for their lack of sourcing with these allegations, saying it was "unfair" to Kavanaugh's family, and this wouldn't move the needle anyway since most people had already formed their opinions on the justice.

Joy Behar was absent but Whoopi Goldberg let her thoughts be known at two points. After Huntsman pointed out that Kavanaugh said he welcomed an investigation into his past, Whoopi scoffed and said, “Well, we know he didn't mean that!”

Again, at the end as Hostin read Kavanaugh’s legal note denying these allegations, Whoopi pretended to play a tiny fiddle.

Last year during the Christine Blasey-Ford testimony, the show’s liberal hosts had a variety of hot takes, from linking his nomination to “white power,” to calling Kavanaugh guilty, and an “angry drunk frat boy.” Allergic to facts, co-host Sunny Hostin actually argued that a “woman’s truth” should be “enough” to make the judge lose his place on the bench. So it's a wonder that Huntsman was even allowed to argue against the grain on today’s show.