Stephanopoulos led the discussion with Vega and Dowd by asking if the President saw the “the press more as an opposition than the Democrats.” Vega and Dowd eagerly agreed, while portraying the “mainstream” media as victims of the Trump administration. 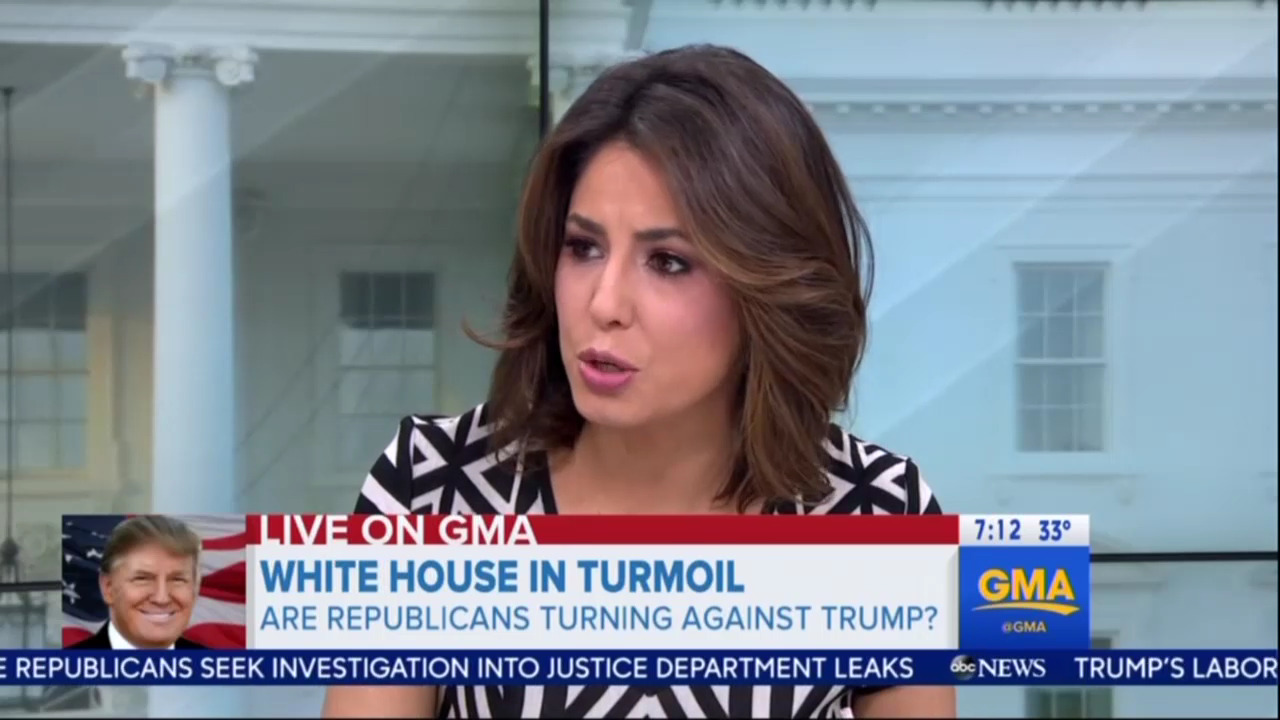 Vega explained that she was in a group of “mainstream reporters” who were “clearly not happy” that they weren’t being called on for the “third” press conference with a foreign leader. Vega went on to emphasize how “mainstream” ABC was compared to the outlets Trump did call on this time, Townhall.com and CBN News. Vega failed to note that Trump actually did call on a local ABC News station during the press conference before this one, and Townhall and CBN are hardly fringe, illegitimate news outlets.

VEGA: [I] was in that press conference yesterday around reporters in the middle of the pack mainstream reporters who were clearly not happy with the fact that in this press conference for perhaps the third time in -- with a visit from a foreign leader did not call on mainstream news organizations, is leaning heavily on calling on conservative outlets.

Vega continued to bash Trump for “cherry-picking” outlets who wouldn’t ask “tough questions,” even though these outlets did ask tough questions, they just weren’t part of the singularly minded narrative ABC was after. She even insinuated that President Obama got tough questions by the “mainstream” media like the Associated Press. But that couldn’t be further from the truth. President Obama constantly got softball questions during press conferences, and he had an open record of purposefully scorning outlets that leaned to the right.

VEGA: The reason this matters, it's not because we're complaining as journalists, George. This is a huge departure from past administrations who traditionally presidents have called on the Associated Press, have called on wire services, but they're cherry-picking the questions basically and not getting tough questions in these press conferences on basically the news of the day. We didn't see any real questions on Flynn yesterday and that's a problem when there are real answers this administration knows about who knew what, when.

When it came to Matthew Dowd’s turn, he went even further, calling Trump’s behavior a “full frontal assault on the First Amendment.” Dowd also asserted that Townhall and CBN News didn’t ask any real “aggressive” questions, simply because they asked about the Middle East, instead of Russia, while the Israeli PM was visiting.

Vega ended by whining some more that she didn’t know how much longer the press was going to “tolerate” this mistreatment from the President.