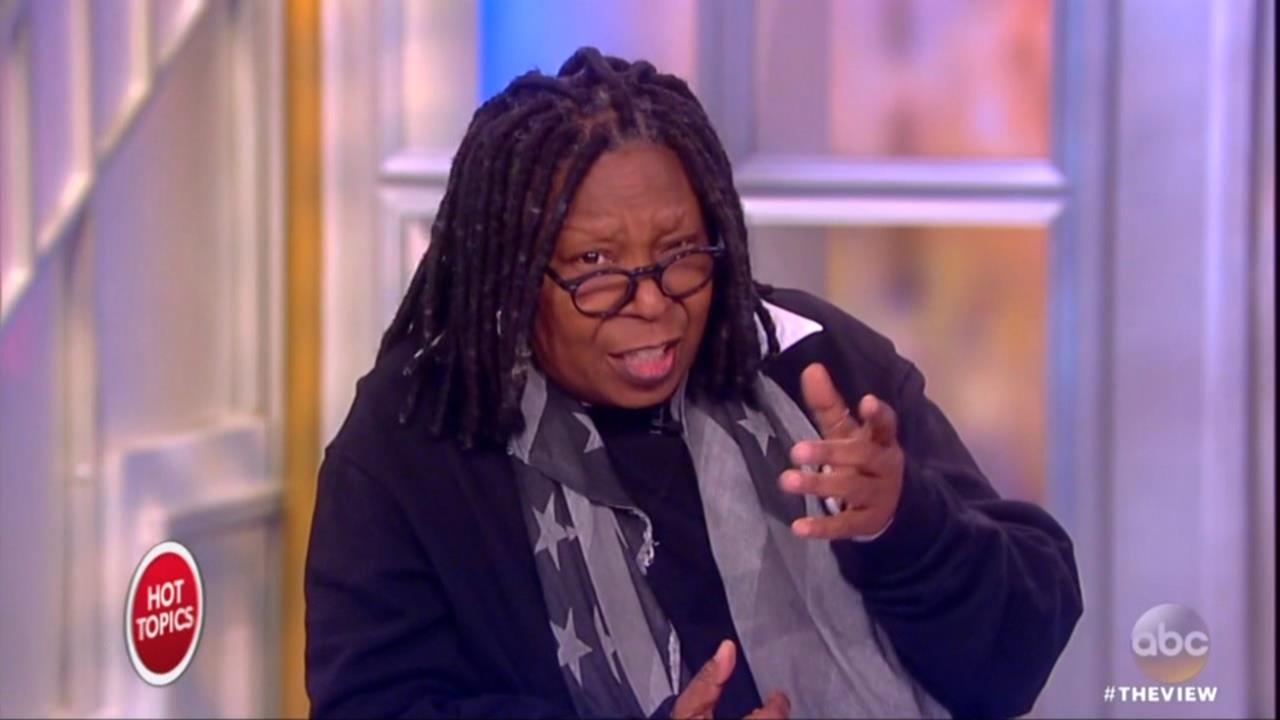 Tuesday on the View, host Whoopi Goldberg led a segment based off of the ridiculous question, "Is America becoming like the Taliban?" Whoopi referenced Monday’s show, where co-host Jedediah Bila talked about terrorists hating American values like freedom and democracy. Tuesday, Whoopi wondered if it was actually America who hated freedom and was trading it in for "Taliban values" with Trump in the White House.

WHOOPI:  We keep hearing about terrorists hating about American values. We had this conversation yesterday. Let me ask you now, we have had a leader who's repeatedly demeaned women, wants to defund organizations that benefit women, calling on the media to shut up, specifically wants to give preferential treatment based on religion, are these values really much different than the Taliban’s? I mean --

With a puzzled look, co-host Jedediah Bila asked Whoopi if she meant “Trump’s values” since she was referencing things he’s done in office.

BILA: You're talking about Trump's a values..?

Whoopi reiterated, “The values that we are listening to,” to which Behar piped up in agreement, “They’re doing the same thing [as the Taliban]!”

Bila shot back with the obvious:

Whoopi conceded it was “different” but she still “felt like” telling the media to “shut up” was the “start” of America becoming like the Taliban:

WHOOPI:  It is, but listen, if you're saying to the media shut up -- that's what they do. Maybe they didn't start out chopping people's heads off, maybe they started out differently. I'm asking it, it feels like it's tricky. Because we're saying to people, here are our American values and then we're saying on the same token stuff that sounds like the stuff we're fighting. So that’s why I pose the question.

Co-host Joy Behar then brought her favorite scapegoat, the Republican party, into the discussion.

BEHAR: My question then is, are Trump's values different from the Republican party's values because I don't see them objecting to any of this--

After Bila noted that several Republicans had objected to the immigration order, she reiterated that what the President does or says about women or refugees isn’t why Americans voted for him.

BEHAR: So grab a woman by the genitals, stop the press from talking, is worth the low taxes?

Whoopi tried to further her ‘Taliban’ analogy again, claiming that Trump wanted America to have “one religion.”

BILA: People don't see it as that, they don’t accept that premise.

HOSTIN: Those are un-American values

WHOOPI: When he says this there's preferential treatment for Christians forgetting all the other religions out there--

BILA: You mean for the refugee program, is that what you’re talking about?

BILA: There's a reason for that, because in that country, in Syria, Christians are the minority religion

Later on Whoopi reiterated again, “Nobody tells our media to shut up and just take it. That’s how they do it, the Taliban.”

Hostin ended the segment with an emotional rant about how this temporary ban was changing the entire reputation of America for the worse: